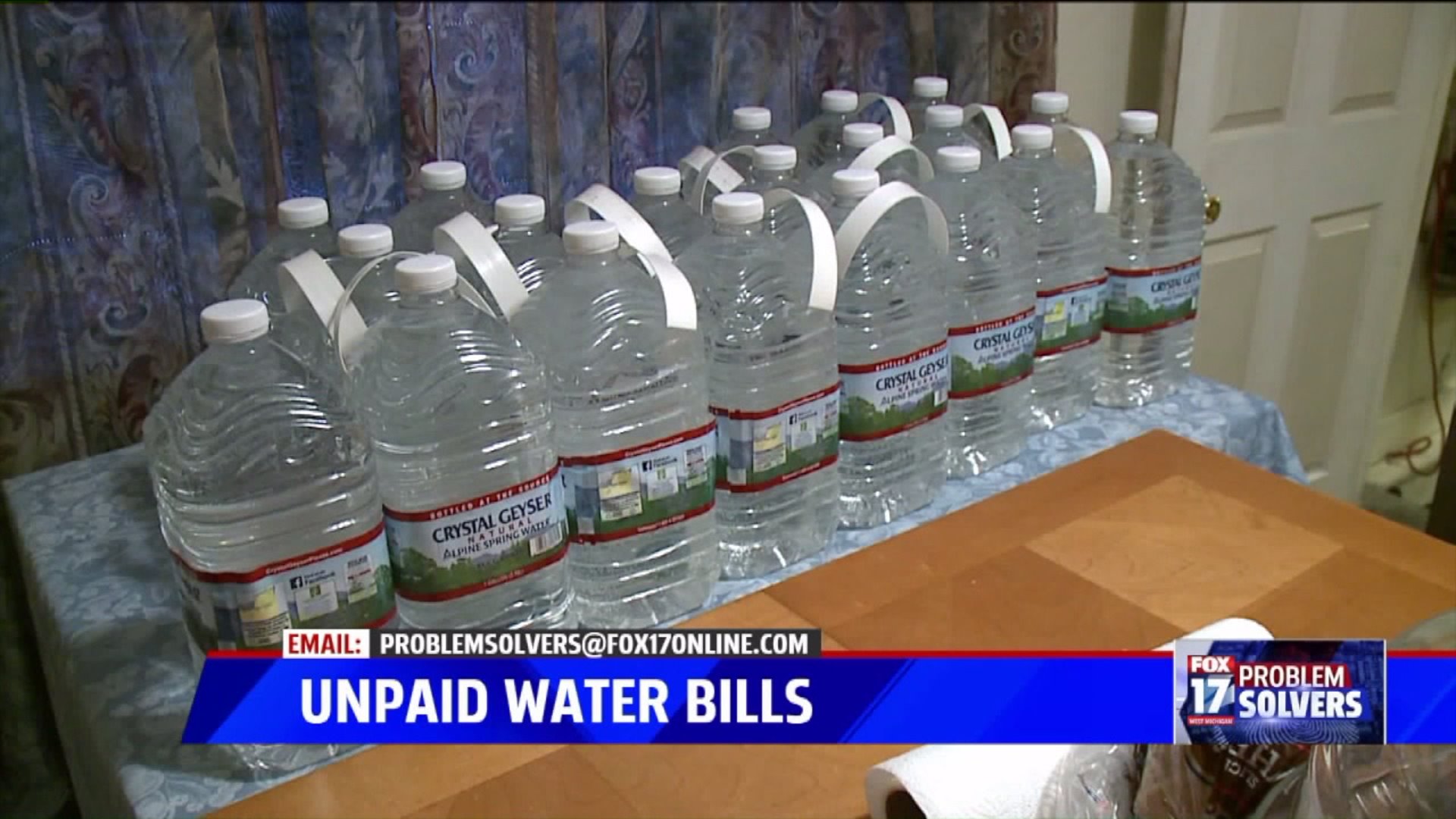 MUSKEGON HEIGHTS, Mich. — Pamela Hampton depends on a kitchen full of bottled water for basic day-to-day necessities because when she turns on any of her faucets, nothing comes out.

"The water been cut off three times in less than a year," she recalled.

Hampton said she's only responsible for paying for electricity and gas, and said she's paid her rent on time since moving in, in October 2017.

She said her landlord, Marshall Cook, neglects to pay the water bill.

"He's been coming to her every month on the third, requesting the rent money, saying he need that in order to get the water turned back on," said Tawanda Churchwell, Hampton's niece. "Her rent is $500. That's not enough. The water bill is $2,300."

Hampton has a $2,300 bill from the city that's made out to MARMAC LLC, which is a company of Cook's.

"She saw him and another guy outside turning the water on illegally," Churchwell said.

She said the Muskegon Heights property has its share of problems, which prompted her to go to City Hall.

"This is inhumane living conditions, and you deserve better than that," Churchwell told Hampton.

The Problem Solvers obtained a document dated February 2019 that states the home has an illegal occupancy.

"I trusted him," Hampton said.

One reason she trusted him is because Cook is a Muskegon Heights City Council member.

Her issues led the Problem Solvers to City Hall where we learned Cook has several other properties with delinquent water bills. However, once we explained we're with the FOX 17 Problem Solvers, staff said to file a records request for information.

Cook then spoke with us outside of City Hall for nearly 30 minutes but refused to go on camera.

He admitted he has several properties with  water bills past due in his company's name. Cook said he's on a payment plan but ultimately said it's his tenants' responsibility to pay.

He also denied turning her water on illegally.

Hampton disagrees to the point of taking Cook to court.

Churchwell explained, "(It's been) three months going back and fourth with the City Hall and the court. We can't contact him. We had court (Wednesday). He didn't show up."

"We have another court scheduled next month. This'll be the third court appearance that we have scheduled. He's just dodging the subpoena," she said.

"I just want him to stop doing this to people," Hampton said.

Hampton said she's looking for another place to move that she can afford and said she's been putting her rent in escrow for the past few months.