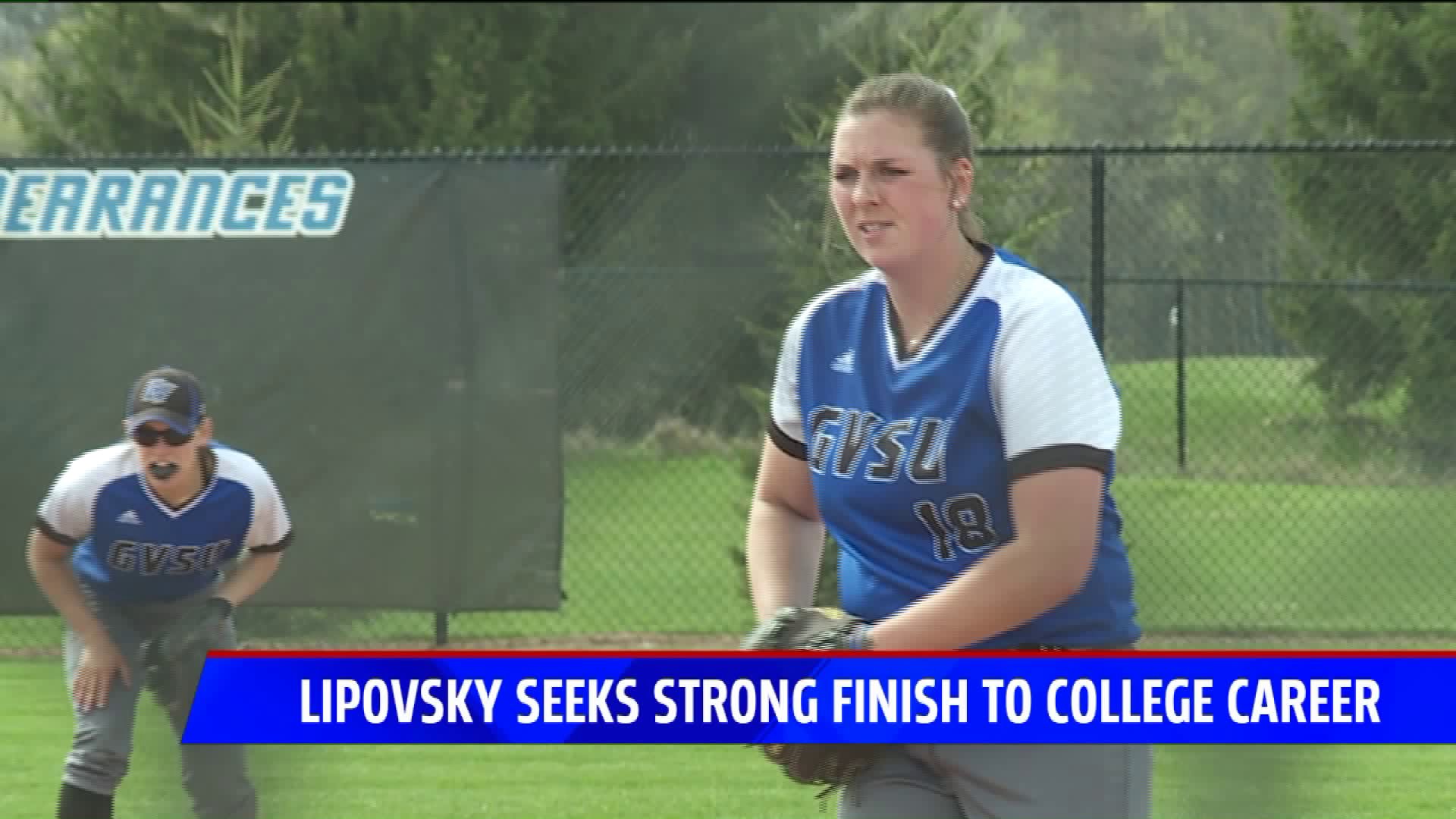 The Lakers open the GLIAC tournament Friday against Ferris State

ALLENDALE, Mich -- Last spring, Grand Valley State ace Allison Lipovsky led the nation in strikeouts per seven innings and was named GLIAC pitcher of the year for a second straight season.  She did not rest on those laurels, now a senior, Lipovsky has continued to improve.

"This last year I have really just focused on going out and dominating every game" Lipovsky said.  "I always tell my parents, I only can beat myself, people don't beat me, I beat myself."

"She's getting herself ready to go and she is not letting things phase her" fifth year GVSU head coach Dana Callihan said.  "When they do go bad she bounces back a little quicker than she did if she gives up a hit or a walk or something like that so I think the mental side she has really improved on."

Her career has been decorated and it's not surprising.  She had division one offers coming out of Harrison High School but says the choice to attend GVSU was absolutely the right move.

"I think that is was a phenomenal decision" Lipovsky added.  "The coaches here are fantastic, I couldn't ask for anyone better. I have a younger brother who plays (football) at Northwood and when he was getting recruited he asked me what is one thing that you would take away from being an athlete here and I told him the relationships because the people that I have met, the connections that I have made are something that I will forever be grateful for."

Lipovsky will student teach in the fall, but first she will lead the Lakers into the GLIAC Tournament this weekend and the NCAA Tournament after that.  whenever he college career comes to an end, she may not be done playing softball.

"There are options and opportunities that I've had arise" Lipovsky said.  "Right now it is just focusing on what would be best for me but really going out playing right now for my team and getting the wins and then once the season is done really focusing on if that is an option to go play professionally."

Grand Valley takes on rival Ferris State in the opening game of the conference tournament Friday morning in Sandusky, Ohio.