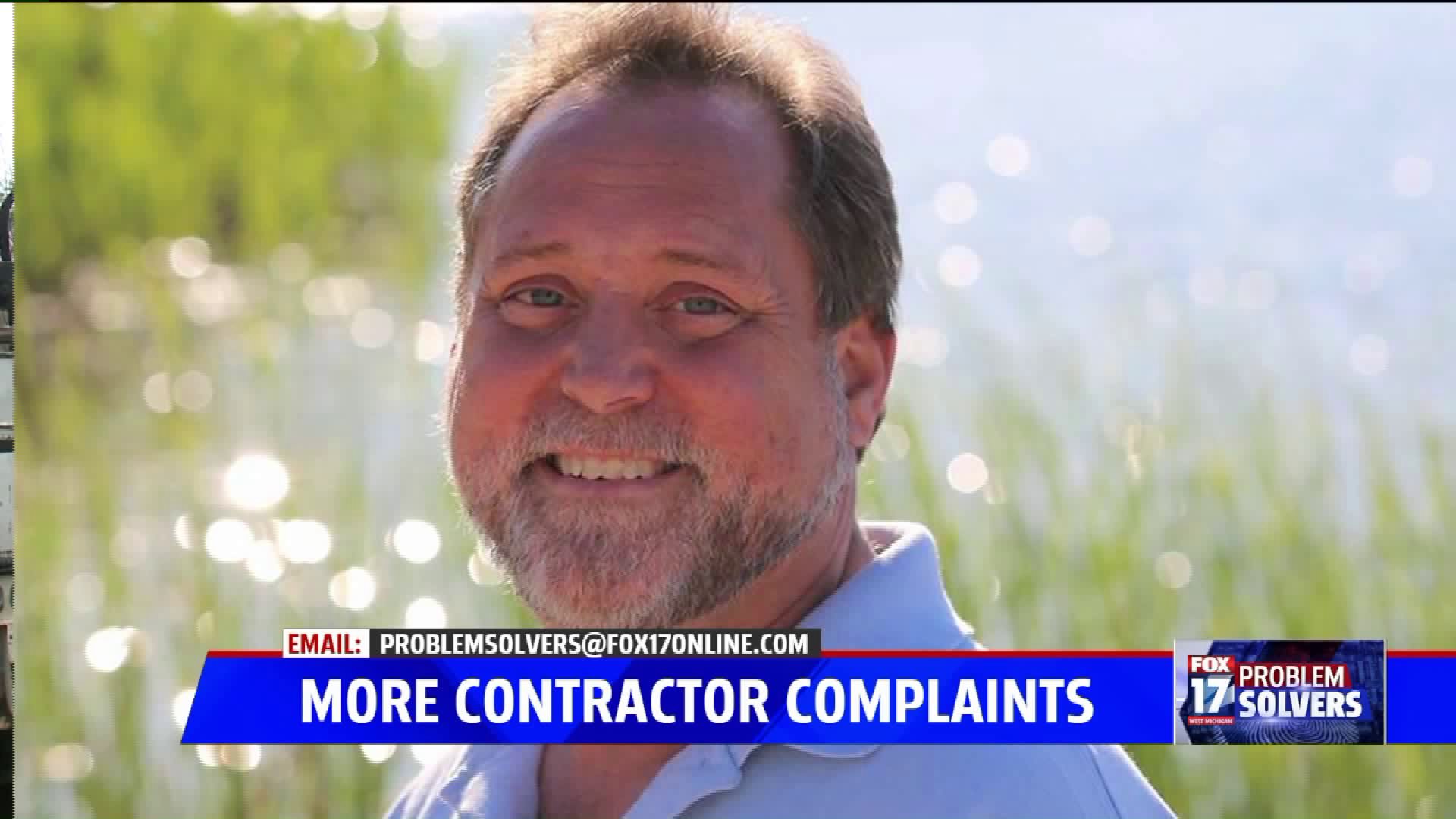 NORTON SHORES, Mich. — John Zhang describes doing business with Joe Ferrier as life-changing, but not in a good way.

"It's kind of changed my life in that two years," Zhang said.

When Zhang decided to renovate a rundown home in Norton Shores in February 2017, he said he went with Four Star Builders since owner Joe Ferrier has an active residential builder's license through the State of Michigan.

He said that didn't happen, and when he saw the McMillan family featured on the Problem Solvers for a similar, costly experience, he understood their pain.

Hopkins said she witnessed how he handled his various businesses and said he often cut corners, including on Zhang's home.

"He drew a permit to do the outside work, the siding, and the roof, but he never drew a permit for any inside work and yet basically gutted the house," she said.

A large cost for interior work included a newly constructed bathroom upstairs. But Zhang said he learned the man he paid $60,000 didn't even bother to pull a permit nor did he use licensed electrical and plumbing workers.

Hopkins said, "He took -- cost this guy thousands and thousands of dollars, and then I actually reported him to the Norton Shores building department."

She said she eventually quit after seeing how Ferrier allegedly ran his companies, treated customers and subcontractors.

"He didn't pay one of the subcontractors, who then put a lien on John's house. John had to pay that off," she recalled.

Zhang said that cost him about $900. After six months of his home sitting unfinished, Zhang said he fired Ferrier and had to pay another $25,000 so other subcontractors could undo and finish the work. Zhang said he and his family did the flooring themselves.

The property owner cut ties with Ferrier who he said gave nothing but excuses for the delays and when asking for a refund.

"He would blame everyone else besides himself," Zhang recalled.

Hopkins said, "Joe suffers from what I call a 'right of entitlement'. What he wants, he thinks he's entitled to have."

FOX 17 reached out to Joe Ferrier for an interview. He said the station is reporting lies. Ferrier is declining to do a taped interview but instead demands a live interview.