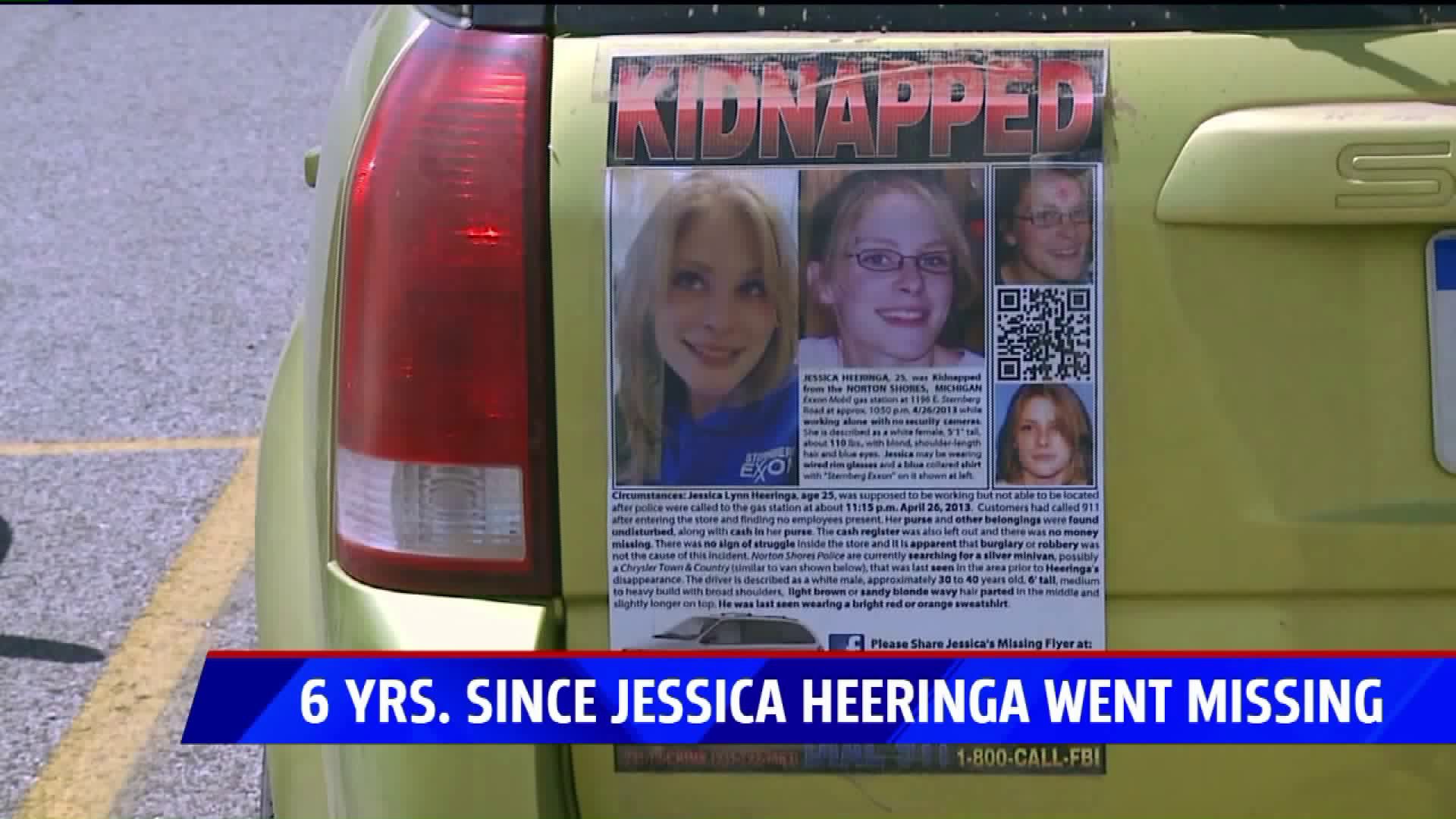 NORTON SHORES, Mich. -- It's a case that made national headlines and many in West Michigan followed closely and Friday, April 26 marks six years since Jessica Heeringa went missing.

The 25-year-old mother disappeared from the Norton Shores gas station she was working at back in April of 2013.

For years, investigators searched for any answers leading to where she may be as the community hung onto hope that one day she would be found.

Finally, in 2016 a break in the case, when a man named Jeffrey Willis was arrested for another kidnapping case in the area.

Eventually, he was found guilty of first degree murder and kidnapping in the Heeringa case.

To this day though, her body has never been found.