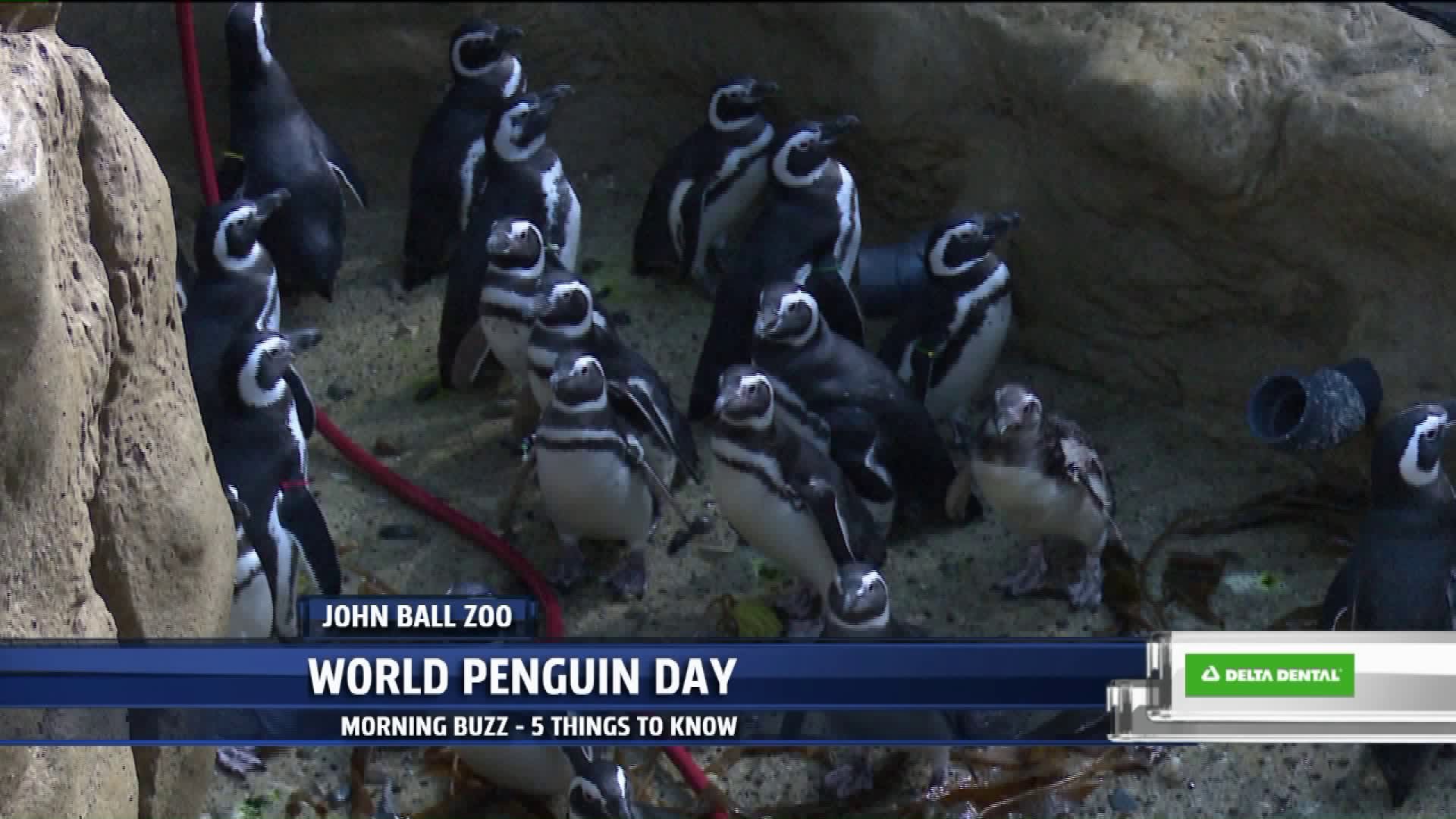 1. Fans are on edge to see how it will all turn out after the Grand Rapids Griffins play Game Five on their quest to win the Calder Cup.

The Griffins allowed back-to-back power-play goals in the second period, which led to a 5-2 loss Wednesday night against the Chicago Wolves in Game Four of the Central Division Semifinals at Van Andel Arena.

The Sunday game will be at 4 p.m. in Chicago. Sports fans will be able to listen to it on ESPN 96.1 FM or watch online at AHL TV.

2. Eric Church is coming to West Michigan this fall.

The country star will bring his Double Down Tour, which added two shows at Van Andel Arena. He'll take the stage on October 4 and 5.

Tickets go on sale to the general public on Friday, May 3 at 10 a.m. They can be purchased at ticketmaster.com or the arena's box office.

Visitors to the zoo in Grand Rapids will get to see the penguins and learn more about them. They'll also learn how actions can dramatically impact penguin populations and how John Ball Zoo participates in penguin conservation around the world.

Guests can also enter to win an opportunity to feed the penguins. All World Penguin Day activities are included in the regular daily admission.

4. Six local institutions will offer free admission during the month of May to each other's members as part of the Membership Exchange Program.

Now in its sixth year, people can visit the Air Zoo in Portage, Binder Park Zoo, the Gilmore Car Museum, the Kalamazoo Institute of Arts, the KBS Bird Sanctuary, and the Kalamazoo Nature Center for free! People must have a membership to at least one of these institutions in order to get in for free.

Members can also request a punch card, so if they visit all six they'll be entered in a random drawing to win a set of annual memberships to each organization. The drawing is on June 3.

5. There's a magical place in Michigan where people can star gaze for hours. The National Park Service just released dates for this season's Star Parties at Sleeping Bear Dunes.

Each event will have telescopes and information for visitors to observe stars, planets and deep space objects like the Milky Way.

The next one is May 25, and they run through October.

More information can be found on the park's website.