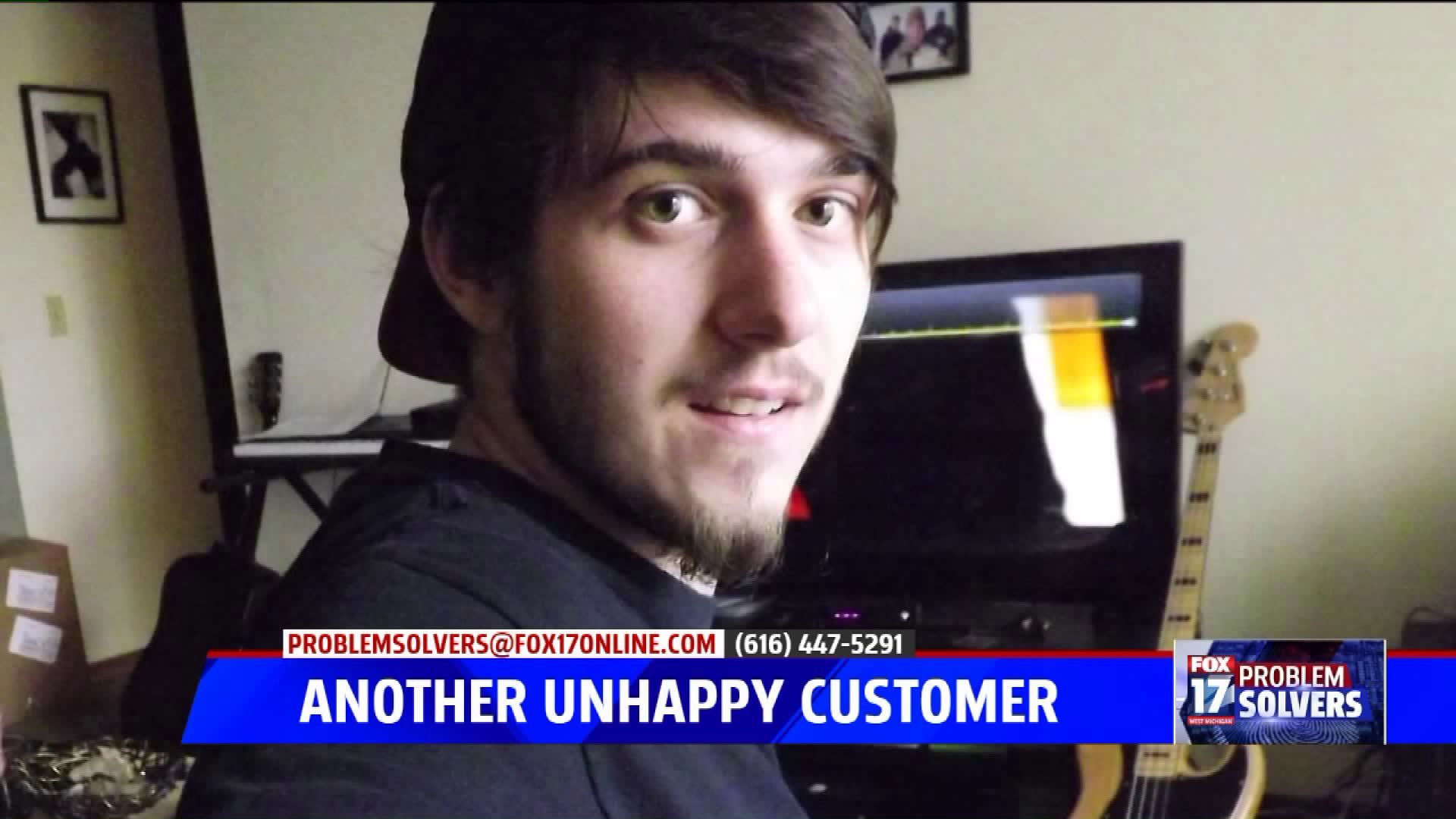 WEST MICHIGAN — According to court records, Ian Kelley has a number of civil cases against him in multiple counties. He also pleaded guilty to a criminal offense of operating as an unlicensed residential builder for a larger project.

He is the co-owner of RiverGrain. Kelly and co-owner Ashley Shipaila (aka Shippy) were the subjects of a FOX 17 Problem Solvers investigation on Monday. RiverGrain is a handmade furniture business.

Cushway said, "I'm obviously kind of distraught over it. I'm super sad that other people have to deal with this problem too. It's not right."

"We paid in full. He actually suggested that we pay in full," she said.

Cushway said paying in full was "terrible. I would never do that again. We don't trust people anymore."

The mother of two said Kelley betrayed her trust by dragging his feet on the project, stringing her along with empty promises, and displaying a temper when asked for either the item she paid for or for a refund. Many months later, Cushway said Kelley finally gave her some wet doors wrapped in plastic.

She said a refund for the $650 worth of undelivered doors is still unpaid. Tuesday, the Problem Solvers stopped by Kelley's shop in Freeport to try and speak with him in person, but there was no response.

Court records show Kelley has several small claims judgments against him. In Kent County, a Forest Hills couple won a $6,200 judgment. In relation to that case, Kelley was also charged criminally for operating as an unlicensed residential builder. He pleaded guilty and repaid the couple about $3,000.

While Cushway said she's owed only a fraction of that amount, she wants every dime.

On Monday, Kelley told the Problem Solvers that he would repay people and that they can reach him directly. But again, everyone we're hearing from says it has been months of either silence or empty promises.