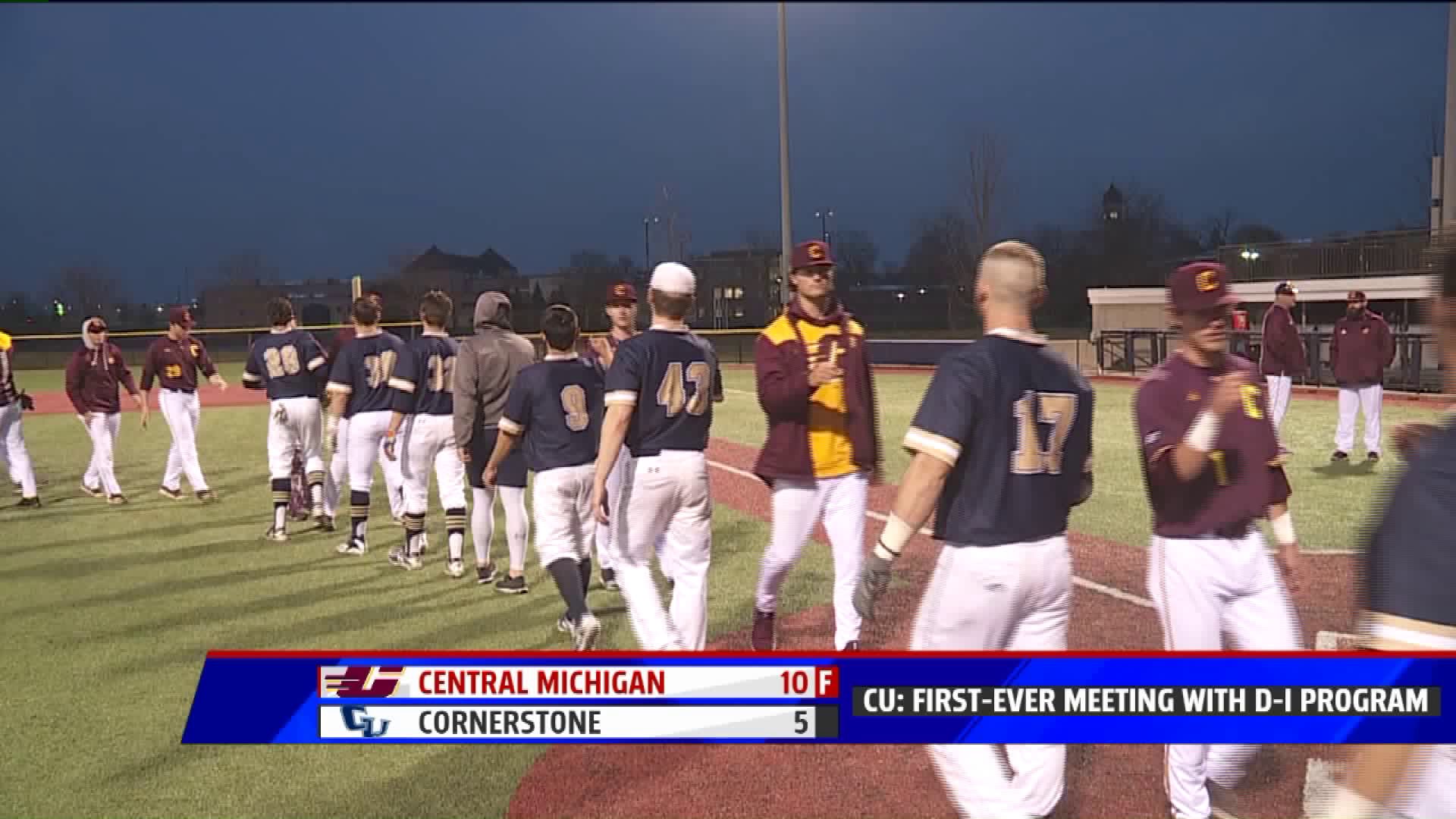 GRAND RAPIDS, Mich. -- It was a rare opportunity on Tuesday night for the Cornerstone baseball program. Not only did they have a chance to play a NCAA Division I team, Central Michigan, but they also hosted them. The Golden Eagles held a 5-1 lead in the middle innings before the Chippewas tied it up at 5 and eventually pulled ahead with five runs in the ninth to give them the 10-5 win.

"We've got guys that can do that with anyone in the country," Golden Eagles head coach Chuck Lowitzki said. "We had guys do some big things. We got off to a good start and had guys come up with big hits early, so it was good to see."

Of course, facing a bigger program like Central Michigan is no easy feat. But it was an outstanding opportunity for the Golden Eagles players and coaches.

"I think as a smaller school and as an NAIA school, a lot of our guys feel overlooked," Lowitzki said, "so when we have an opportunity to play a bigger school that didn't recruit some of our players, it's a bigger showcase."