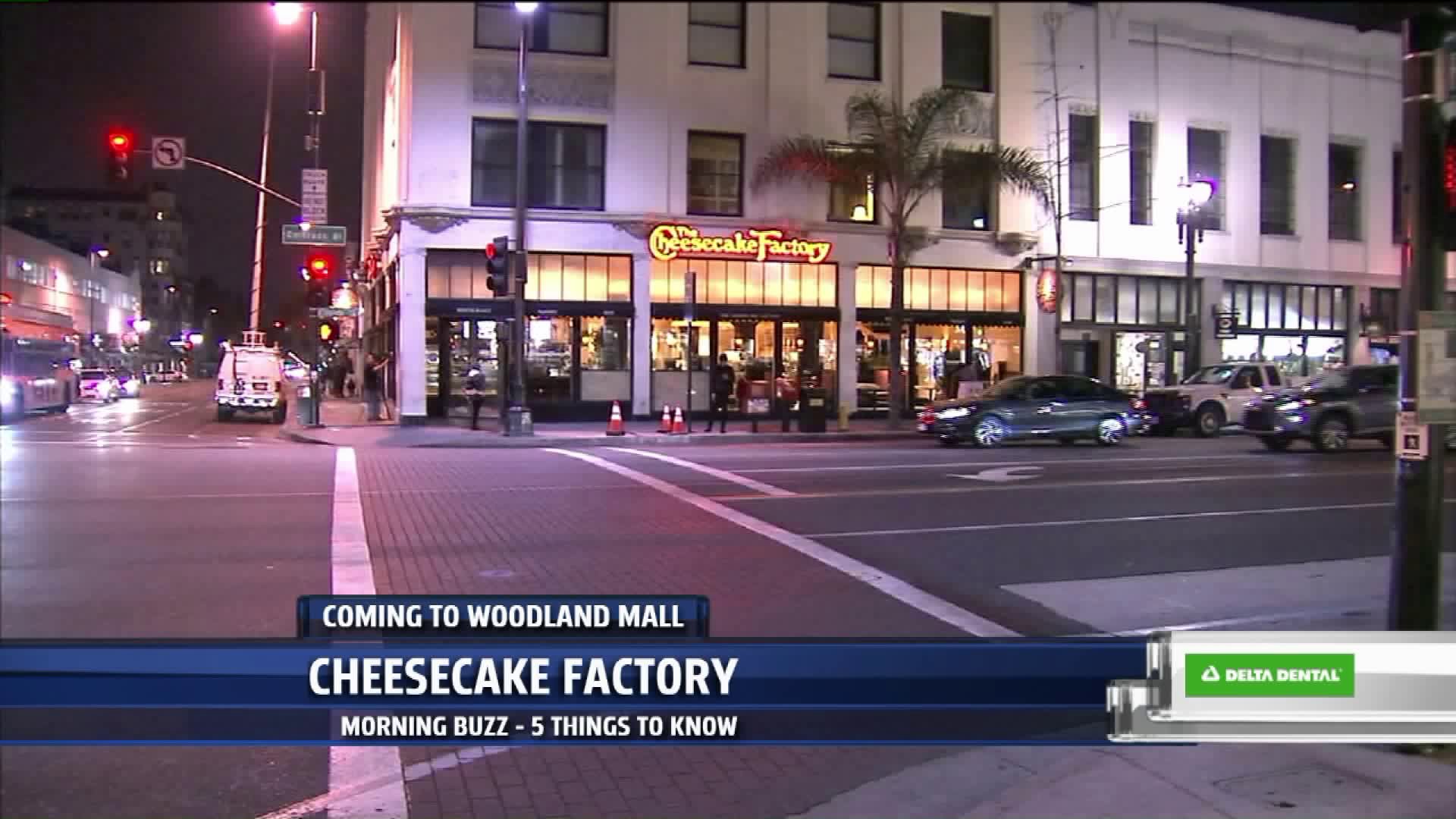 1. It's finally happening! The Cheesecake Factory is coming to West Michigan!

It'll open up at Woodland Mall in late October and be only the second location in the state.

The restaurant is known around the globe for its extensive menu, generous portions, and legendary desserts.

The Cheesecake Factory will join Black Rock Bar and Grill, an award-winning steakhouse, which is slated to open this summer.

The move will allow them to not only serve more guests, but they also plan to add a full menu.

A grand opening celebration is set for April 4.

3.  The Grand Rapids Griffins are inviting fans to bring their furry friends to the game this weekend for a special fundraiser.

Corgis on Ice is being held on Sunday, March 31 at the Van Andel Arena.

Tickets start at just $18, and pet owners can bring their corgi in for only $5. A portion of ticket sales will be donated to Paws with a Cause.

All Corgies on Ice families can join in on a post-game picture too.

4. Pictionary is getting a modern makeover. There's a new version called "Pictionary Air" where users don't use a pad to draw on, they use the air.

Just download the Pictionary Air App and draw into thin air with the air pen behind a tablet or smartphone. The light of the pen is picked up by the device's camera, so the etches can show up on the screen for the team to see.

Pictionary Air will hit store shelves this summer for just $20.

5. Nobody won last night's Powerball drawing, which means the jackpot is now up to $625 million. That's the seventh largest in U.S. lottery history.

The next drawing will be on Saturday, and tickets cost $2 each.