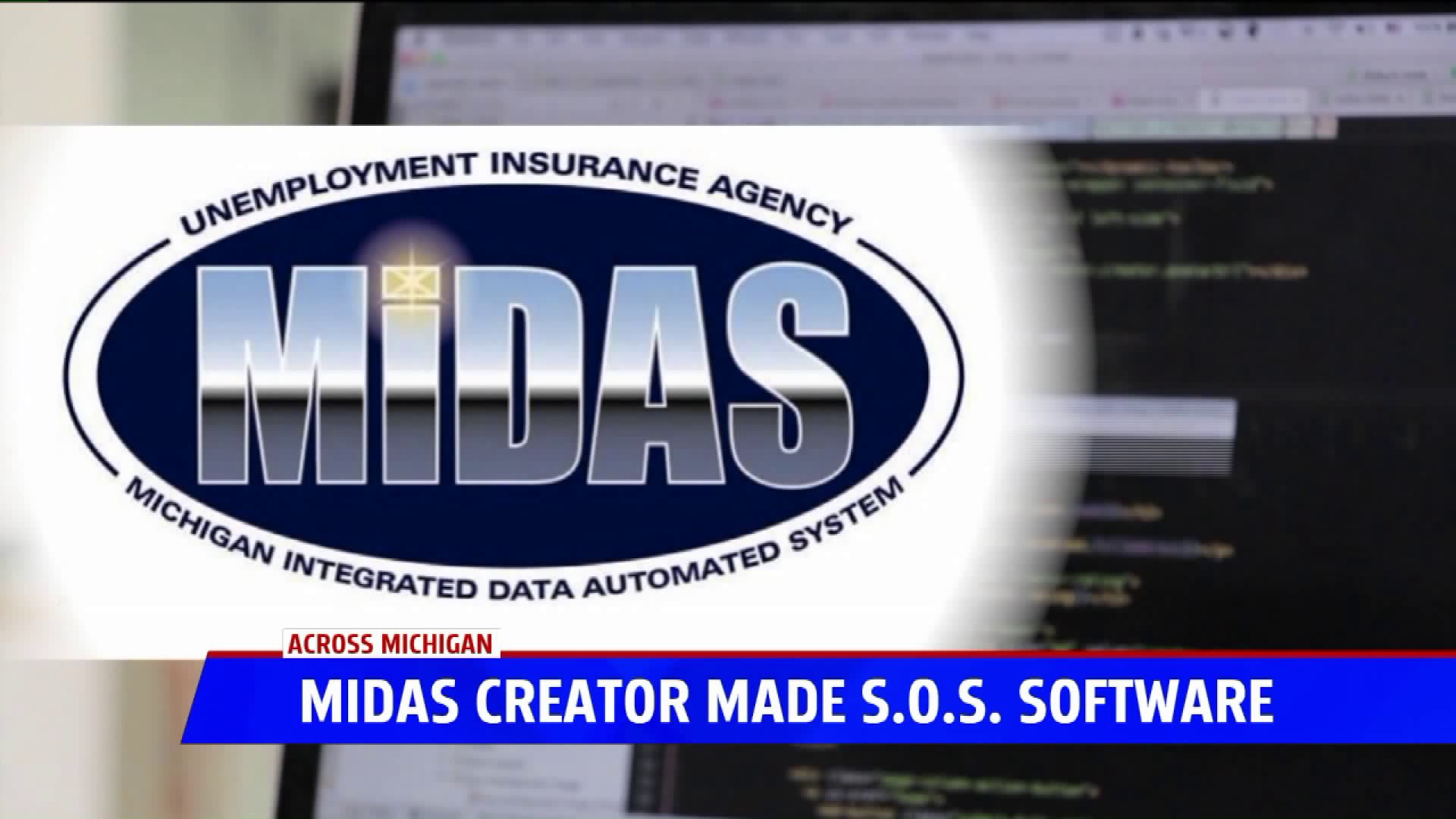 MICHIGAN -- The Secretary of State's office looking to make long lines and extended wait times a thing of the past statewide. It's replaced its 50-year-old mainframe computer system with a brand new one.

The state invested around $70 million in software designed to make overnight processing instantaneous, as well as allow drivers to do more business online and at local kiosks.

The new software was created by FAST Enterprises. It's the same company that created MiDAS, which is the the computer system used by the state Unemployment Insurance Agency. MiDAS led to thousands of false fraud accusations and cost citizens millions of dollars.

It's an issue exposed by the FOX 17 Problem Solvers back in 2015. It forced the state to review thousand of cases and refund more than $20 million in wrongful fines. MiDAS was found to have a 93 percent error rate when determining cases of unemployment fraud.

The Secretary of State selected FAST in 2016. Caleb Buhs, spokesperson for the Department of Technology, Management, and Budget, said it was a rigorous bidding process.

"So one of the main drivers of FAST was that they have successfully implemented this product in other states. That was the main criteria for bidders and quite frankly, that probably scared off a lot of bidders, because it is a difficult thing to pull off," he explained.

FAST Enterprises is facing a lawsuit filed by citizens who were impacted by those faulty fraud determinations.

Buhs said, "This is a completely separate product from what the unemployment agency was utilizing for their system. So, there was not much consideration between the two because it was a totally different product."

Records show the state administrative board did postpone voting on the new contract when it withdrew the item from the February 2017 agenda, meaning they were aware of the issues happening in the UIA.

Buhs said, "There were some concerns obviously being raised, especially in the public and everybody wanted to take a quick step back and double check, make sure that what they had seen during the review process was accurate."

The state administrative board approved the contract in March of 2017, and Buhs said the rollout in 2019 has been mostly smooth so far. But, if something were to go wrong, he said the state has recourse in the contract.

"We have compliance officers that oversee each of these contracts to make sure that they're hitting their marks, and if they aren't, we go back and either ask for remedy or ask for money back if it really warrants that," Buhs said.

In a statement, FAST Enterprises attorney Megan Mooney said, in part, "The software and systems in place for the DMV project are distinct from those implemented at the Unemployment Insurance agency."

"There has never been any allegation or finding that the MiDAS software was defective. Rather, any issues with MiDAS were related to implementation and deployment decisions," she said.

FAST said those decisions were made by the UIA, but doesn't place the blame of the false fraud allegations on the UIA's shoulders.

FAST also has an $8.1 million contract with the Michigan Department of Treasury for its motor fuel and tobacco tax system as of August 2017.