More complaints against event organizer accused of taking off with thousands 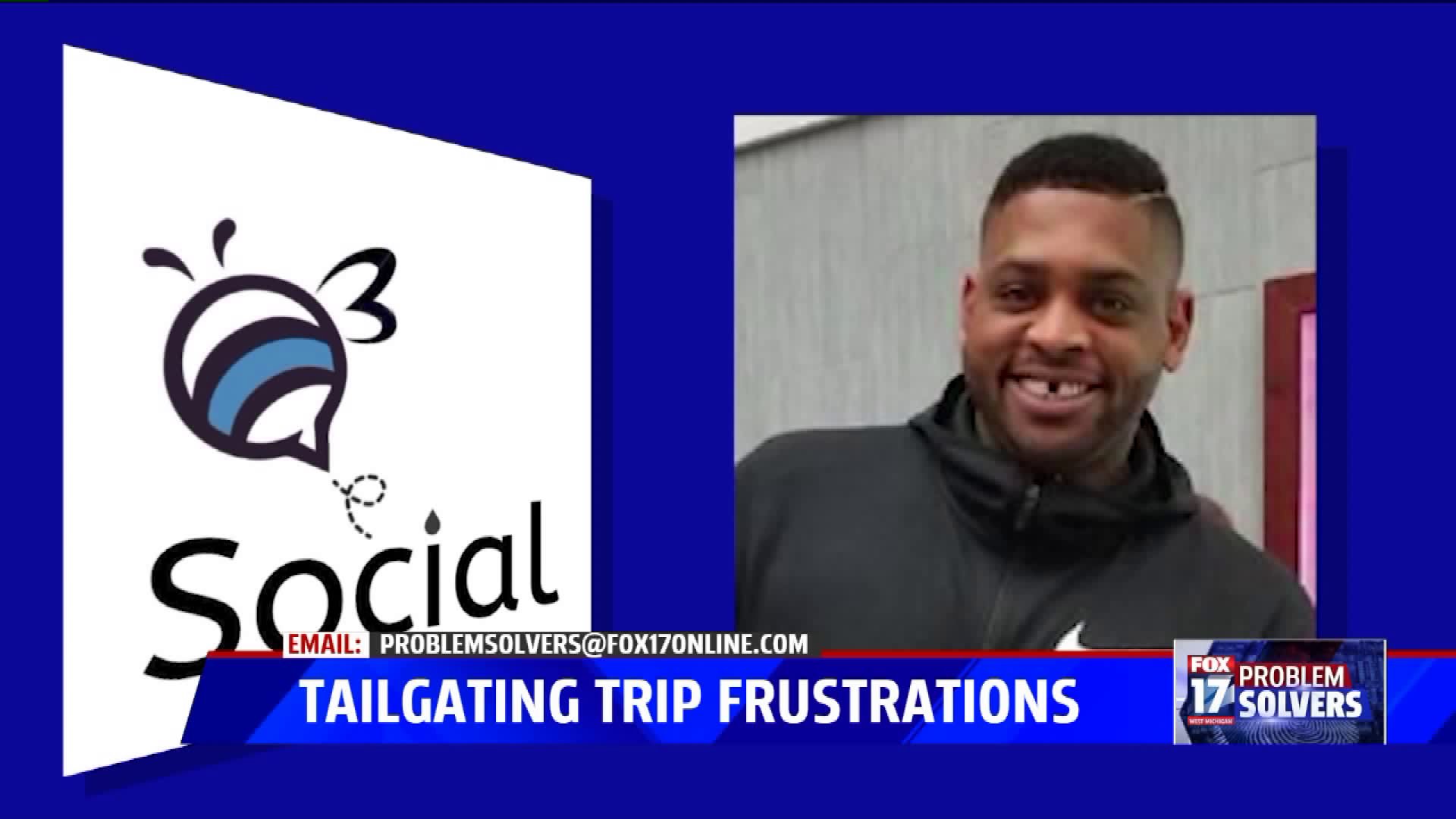 GRAND RAPIDS, Mich. -- More people that never got refunded following a failed tailgating trip have reached out to the FOX 17 Problem Solvers. They're accusing event organizer Brandon Humes of taking off with thousands of dollars.

"A lot of the people in my group... we considered him our friend," patron Ronald Licka said.

Humes, the owner of B Social Sports and Entertainment, advertised a tailgating trip to East Lansing outside the Michigan vs. Michigan State football game in October.

Wednesday, the Problem Solvers featured another group of people who signed up for the same trip. They paid Humes $65 each to board a charter bus that never arrived.

On Friday, Ronald Licka said, "I think a lot of us gave him more of the benefit of the doubt than the other groups of people that [FOX 17] interviewed because they didn't really know him."

"He said if we still wanted to go down there that he'd still have the food, and the drinks and the entertainment," Licka recalled.

Most of the first group FOX 17 interviewed had already lost faith in Humes and stayed in Grand Rapids. However, Licka, Olivia Breuker, and Phyllissa Neeley took a chance and made the hour-plus drive.

"So we drove down there, and we met at the place where we thought we were supposed to be and there wasn't anything there," Breuker said.

Neeley said, "This was very disrespectful."

"If you want friends you need to treat them right, with respect and don't take advantage of people," she said.

"I had a common friend who said [Humes] is in Florida," Licka said.

A woman who claims to know Humes commented on FOX 17's Facebook page and said Humes is in Sarasota, Florida visiting his daughter. She wrote a post with excuses for why he hasn't paid.

In all, patrons estimate he took off with about $3,000. Humes initially gave them excuses which has been followed by months of silence.

"[It] more or less kind of hurt some of our feelings that he'd do that to us," Licka said.

Breuker said, "We hope that you're ok. Honestly, Brandon we've not heard from you. So maybe just come forward and even an apology would be nice."

Humes still has not reached FOX 17 back directly. Late Friday afternoon, Humes took to his Facebook page and wrote a lengthy post.

He said, in part, "I 100% understand the frustration from you all! Please understand there is not a day that goes by that I don’t wish that everything is taken care of ! I’m sadden on the lost [sic] of friends and that you guys feel the way you do! I never once set out to intentionally hurt a single one of you!"

He went on to say he'll "continue to work hard to correct the issues with everyone". FOX 17 will stay on this and continue to dig further.