Luke Perry, ‘90210’ and ‘Riverdale’ star, ‘under observation’ at the hospital, rep says

FOX NEWS — According to reports, former 90210 star, Luke Perry suffered a massive stroke on Wednesday morning. The actor’s rep told Fox News that the 52-year-old actor is now under observation at a hospital.

Luke Perry, “Beverly Hills, 90210” and “Riverdale” actor, is under observation at a hospital, the actor’s rep told Fox News Thursday.

“Mr. Perry is currently under observation at the hospital,” his rep said

The news of Perry’s hospitalization comes after TMZ reported the actor suffered a massive stroke on Wednesday morning.

According to TMZ, paramedics responded to a call at the star’s home in Sherman Oaks, Calif., at approximately 9:40 a.m. Wednesday. The call came into the fire department for someone suffering a stroke, the gossip site reported.

The incident occurred the same day that the “Beverly Hills, 90210” reboot was announced.

Perry, 52, was not attached to the new project, though former co-stars Ian Ziering, Jason Priestley, Brian Austin Green, Tori Spelling, Jennie Garth and Gabrielle Carteris would reprise new versions of their prior roles on the series. 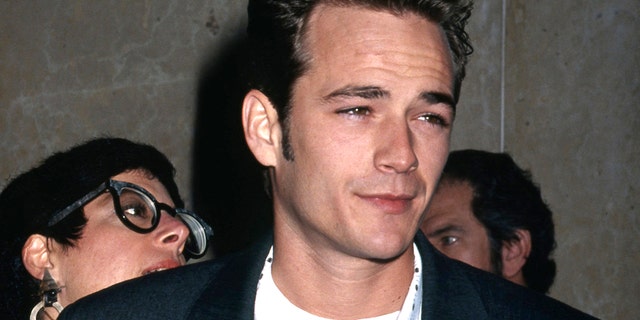 In 2015, Perry was treated for precancerous growths after a colonoscopy. He’s since been a vocal advocate for screenings for colorectal cancer.

‘90210’ ACTOR LUKE PERRY OPENS UP ABOUT PAST CANCER SCARE

Though best known for his role as Dylan on the hit series from 1990 through 2000, Perry has had steady work since.

His most recent role is on another hit high school based series as that of Archie’s father, Fred Andrews, in “Riverdale.”

He also starred in “The Fifth Element,” had a role in HBO hit “Oz” and will appear as Scott Lancer in the upcoming Quentin Tarantino-directed Manson murder film “Once Upon a Time in Hollywood.”