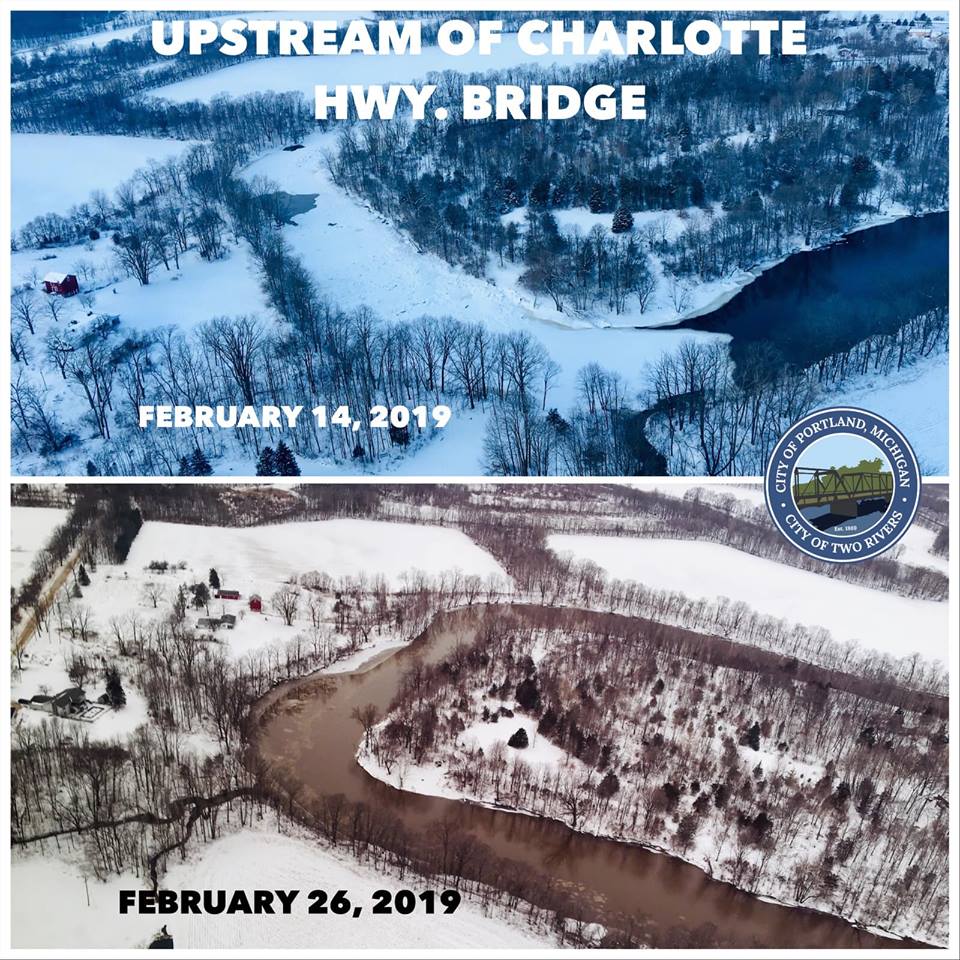 PORTLAND, Mich. — Authorities determined Tuesday that the largest ice jam threatening Portland with more flooding has broken up and melted.

A City of Portland Facebook post says the ice jam upstream from the Charlotte Highway bridge presented the most significant threat for more flooding in the city.

The remaining concerns for additional flooding come from major rises in the Grand River due to snow melt or heavy rain, or a collapse of existing ice that could result in the ice jam thickening. Portland officials said those scenarios are both unlikely, but not impossible.