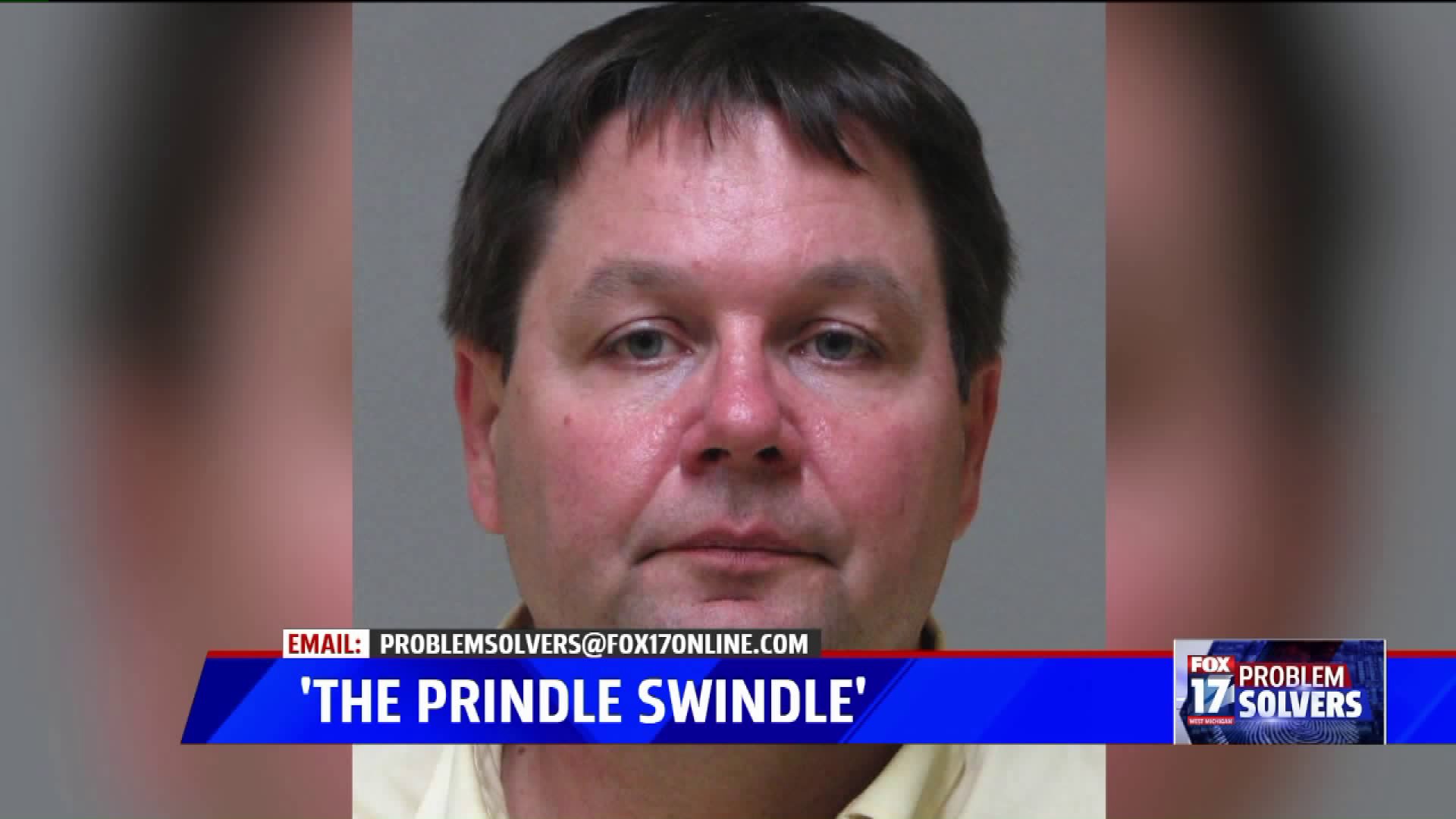 OTTAWA COUNTY, Mich. -- Victims of Robert Prindle want him to receive a stricter sentence than he did the first time around to prevent other people from experiencing the same financial headache. He's a convicted fraudster the Problem Solvers have featured multiple times.

David DeJonge said his dealings with the conman, "turned into the 'Prindle Swindle' as I like to call it."

"He was in the process of being sentenced while he scammed me," DeJonge recalled.

DeJonge's case dates back to 2010 when he said Prindle stopped by his non-profit organization and claimed to have a great deal on a color copy machine. However, Prindle went into hiding after getting paid. DeJonge went to authorities.

"They said we can't allocate too much to this right now. Because I've got a background in journalism, I said I'm gonna dig," DeJonge explained.

His search revealed civil cases against Prindle and hoodwinked churchgoers in Grandville.

DeJonge said, "So then Ottawa County did get involved."

"They started talking to other people, and they found other people in Zeeland... like 2010ish that had been swindled out of like $60,000 to $100,000. That's what they said, but they were too embarrassed to press charges," he recalled.

DeJonge did press charges and wrote a letter to the judge at sentencing. He explained that Prindle took advantage of their faith and preyed on unsuspecting, trusting people.

It's Prindle's continued disregard for the law that baffles DeJonge. The Zeeland man pleaded guilty again to the most recent charges, but the consequences and threat of prison don't seem to deter him.

"He's a public menace, and he continues to tie the blind justice, as I said in my letter, to tie that blind fold even tighter while he pickpockets her," DeJonge said.

He added, "Nothing has helped his recidivism. He hasn't changed his life. He's a menace to society. It's sad."

Prindle's sentence is scheduled for April 10. He faces up to 20 years in prison.