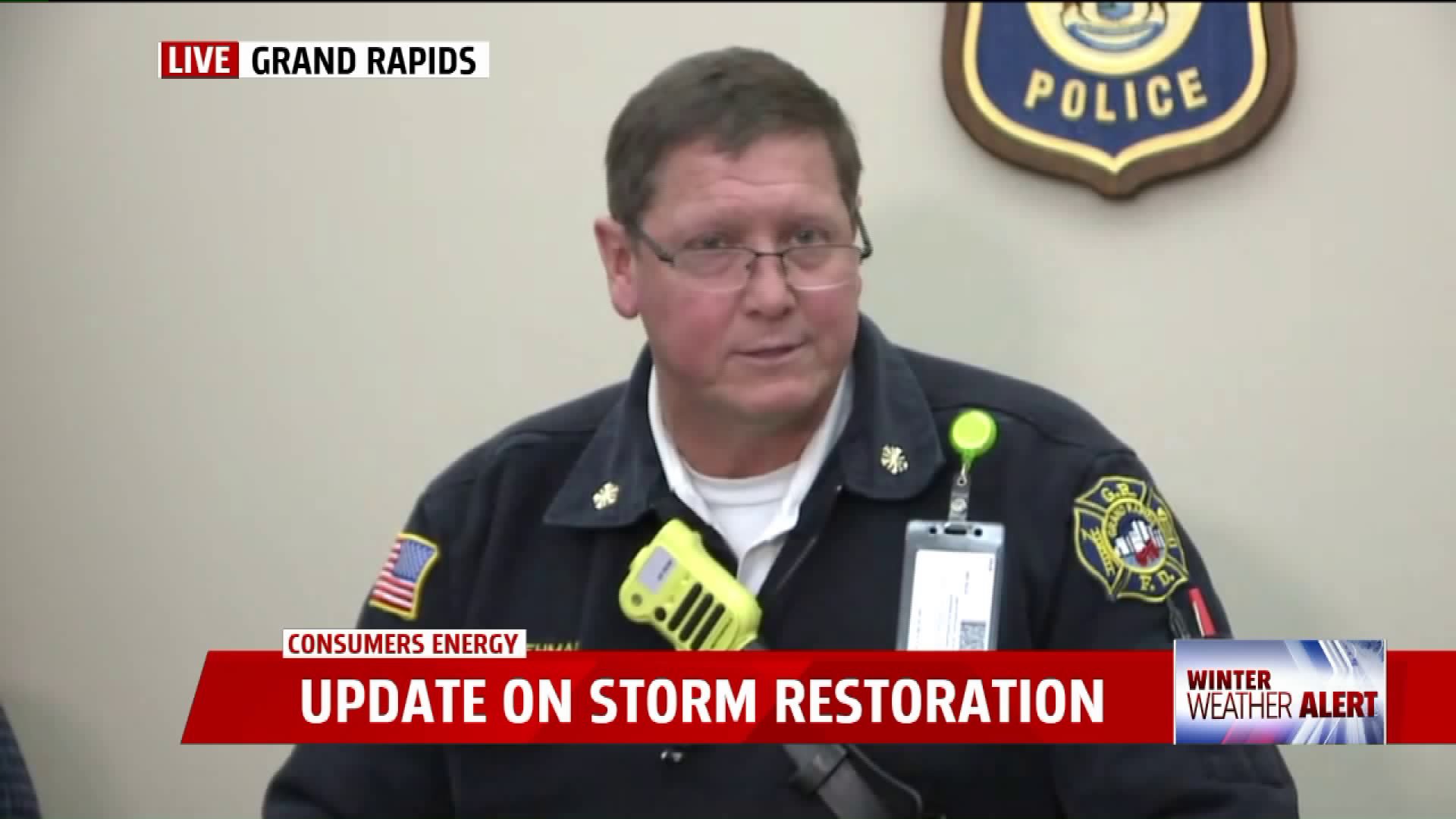 GRAND RAPIDS, Mich. - The Grand Rapids Fire Department says that four of the city's 11 fire stations are without power after the week's ice and wind storms.

Leman said that 17 of the city's pump stations and four of the waste water lift stations were running on generator power.