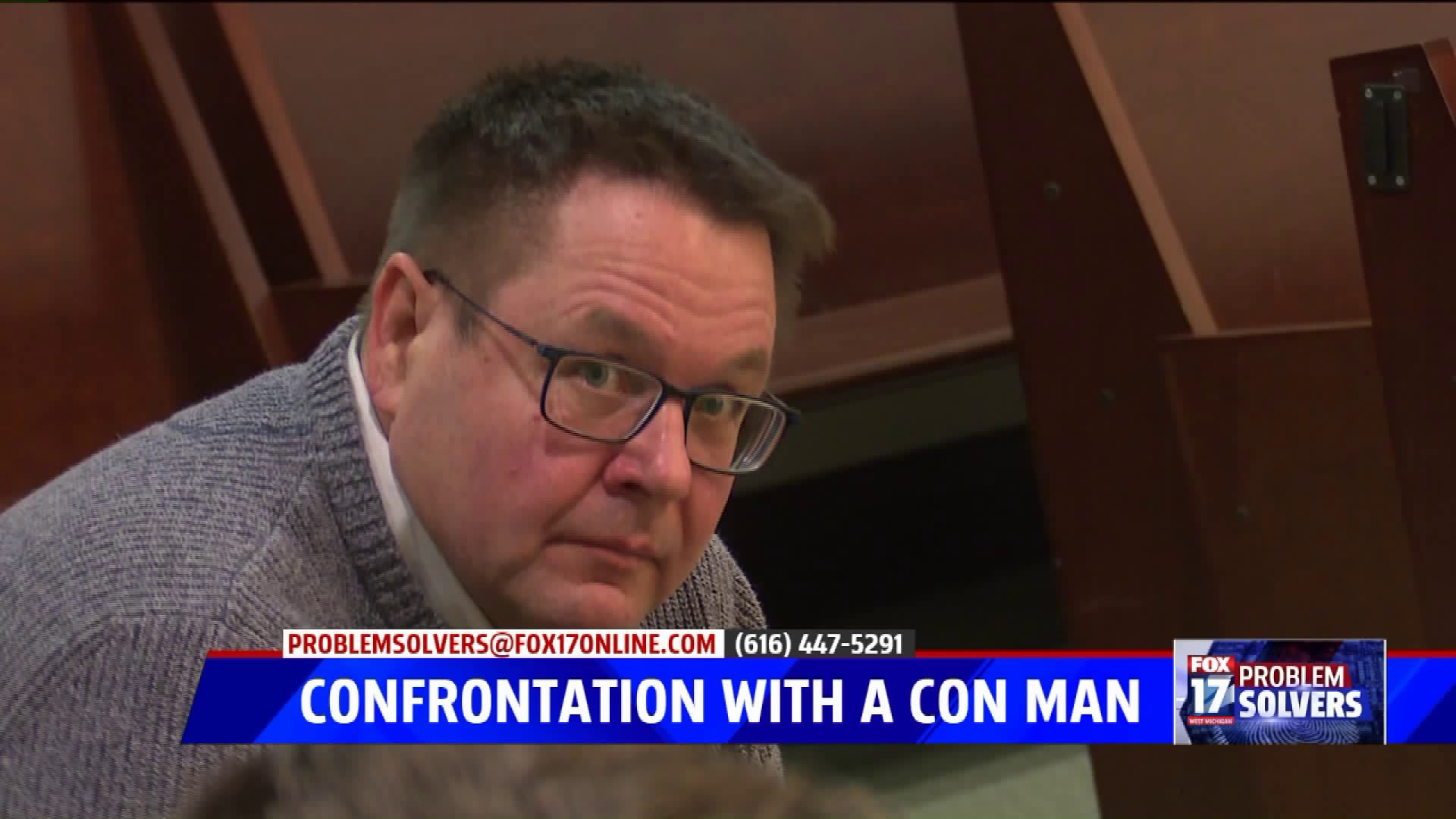 KENT COUNTY, Mich. -- Robert Prindle crossed paths with the FOX 17 Problem Solvers again on Monday. He's an ex-convict who's once again in trouble with the law on fraud-related charges.

Carla and Ted Sarver said Prindle befriended a loved one and convinced the victim to invest in a digital sign business and other ventures between 2014 and 2017. Unlike those ventures, Prindle took off.

Of that amount, Prindle is only on the hook for what the victim kept record of and that's about $25,000. Monday, he faced a judge on a charge of false pretense in the case and entered a guilty plea.

"If he gets 10 years I think that's probably justice. If he gets two years that's not a good deal," Sarver said.

The Sarvers reached out to the Problem Solvers on Sunday night after a Google search brought them to a story from summer 2018. Businesses in Bangor had paid Prindle for digital signs in 2017. Prindle disappeared and only resurfaced with a $2,150 refund when we contacted him. Despite promising business owner Cal DeGood he'd make good on a ten year old court judgement,
Prindle still owes DeGood $7,000.

The Problem Solvers asked the Zeeland man's attorney if Prindle will make this his last con.

Ryan Maesen, Prindle's attorney, "I don't have any way of knowing what his secret intention is. I don't believe he intends to get in trouble again. I can tell you that much."

Prindle won't tell the Problem Solvers what he did with the money. The Sarvers don't expect their loved one will ever see a dime. They just want to see Prindle in prison orange.

Sarver said, "He's a predator, and he preys on the good-hearted people of Ottawa, Allegan and Kent County. That's what he does, and he's good at it."

Prindle, who's served time before on theft-related charges, is scheduled to be sentenced in April. According to the prosecution, he faces up to 20 years in prison.