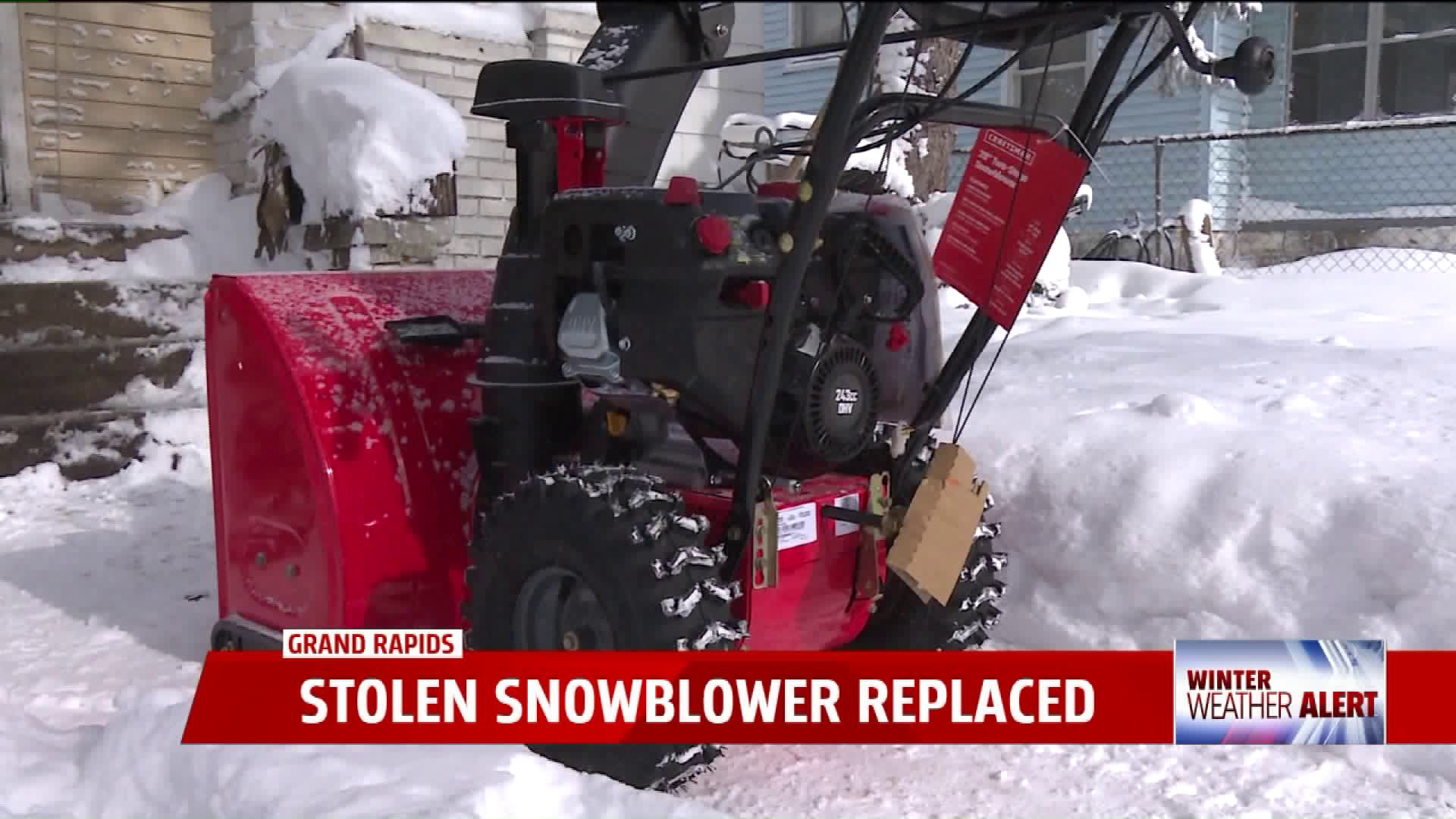 GRAND RAPIDS, Mich. - A man whose snowblower was stolen during the week-long winter blast has received a new one.

But two days ago, the snowblower went missing. Newland says he thinks it was taken around 1 a.m. Monday night.

Since then, he has been going around the neighborhood with a shovel or borrowing a neighbor's snowblower.

"We caught the story on the news ... about Danny's situation here and how he does the sidewalk for a lot of his neighbors, so Lowe's just wanted to help him out — help him help his neighbors out," said Michael Wells with Lowe's.

Newland says he will be taking more precautions with the donation.

"Lowe's donating this is unbelievable," he said. "It will definitely get locked up."