Over a dozen residents homeless after pastor failed to pay utilities 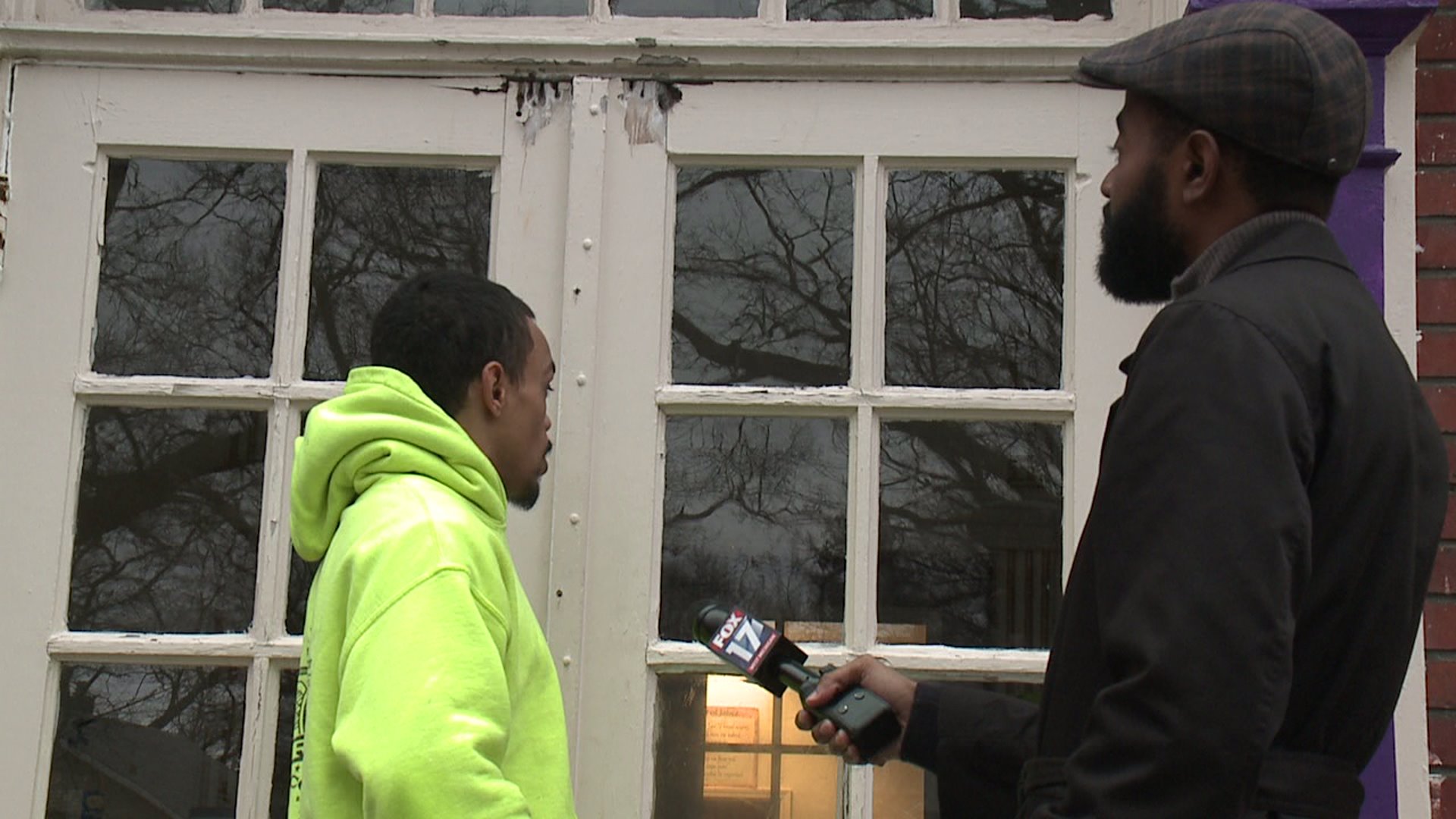 MUSKEGON HEIGHTS, Mich. -- Around 15 people are homeless just days before Christmas after the landlord, James Duncan Jr., failed to pay the utility bills. The building was condemned Wednesday night by the city, and Muskegon Heights officials said the problems have been mounting for over a year.

Some of the residents reached out to FOX 17 via Facebook and said their food, clothing and Christmas presents are still in the home. However, they are unable to access them. The city told FOX 17 the property owner can physically grant them access during daylight hours, but he has yet to do so.

Resident Tamela Day said, "Let us know we finna [sic] get evicted. Let us know. You takin' our money every week. So why can't we have running water, hot water at that, lights and whatever?"

She said she's faithfully paid her rent to Duncan for the past couple of months. Day and her kids are now out on the street as of Wednesday night. The city evicted residents and told them to leave within four hours.

City officials said because there are no working utilities the home is unlivable. Officials also mandated no trespassing which means tenants cannot get access to their belongings that were left behind.

Resident Latresha Dixon said, "It’s people that went Christmas shopping for food and clothes and toys. We left a whole bunch of food. We just spent $300 on grocery shopping."

"We still wearing clothes from a couple days ago. We can’t get nothing. No clothes, no food, no socks, nothing, and it’s crazy," Dixon explained.

Muskegon Heights fire chief Christopher Dean said, "It’s a horrible time of year and horrible situation for people to be in when they have no place to go because they’ve been placed in a substandard housing unit.”

Dean said a complaint from Health and Human Services about utilities that had been shutoff prompted the city to take action.

According to officials, Duncan is behind on his water and sewer bill by $3,000. With no electricity, Dean said residents resorted to putting themselves in danger by using candles for light. That's a fire hazard. He said some kept the stove on for heat which would raise the carbon dioxide levels in the home. (Yes, dioxide.)

Dean said, “We have been working diligently on and off with Pastor Duncan for over a year. Unfortunately, as we continue to work with him on this the conditions of the structure continue to deteriorate.”

James Duncan is the pastor of The Revival Miracle Temple just four minutes down the road from the property.

Chief Dean said the city filed a complaint in circuit court against the pastor and his wife, Pamela, due to the level of deterioration and the number of times police have been called to the building.

The dilapidated building in question is considered an illegal rental. According to court records, Duncan and his wife failed to register it as a rental with the city and used it to operate the Muskegon Adult Foster Care Home. The state revoked the foster care license in March 2016.

Dean said, "We gave specific instructions to the pastor that when it's daylight, when people can safely see, to get these people back in to get their stuff, get their other items so that they can move forward."

As police guarded the property against trespassers, FOX 17 approached a city inspector who reiterated that residents can only get inside if the pastor is present during daylight hours.

The pastor, who lives in a nearly 9,000 square foot waterfront home in North Muskegon, was outside the church when FOX 17 drove up. Pastor Duncan and a group of people saw our crew and retreated inside. One man blocked the door from outside.

We asked for the man to let the pastor know we wanted to speak with him. The man replied, "As you can see. He was… he seen ya’ll. So."

An unidentified woman came back outside. FOX 17 informed her the people need the pastor in order to access their belongings.

FOX 17 informed her the incident happened Wednesday night and not Thursday night as she incorrectly stated in her defense of the pastor. The man nor woman had an answer for his delay in getting the residents access to the building. The conversation went the same direction many of the residents have to go, and that's nowhere.

FOX 17 attempted to contact Mr. Duncan multiple times prior to the newscast but have yet to hear back from him for his side of the story.