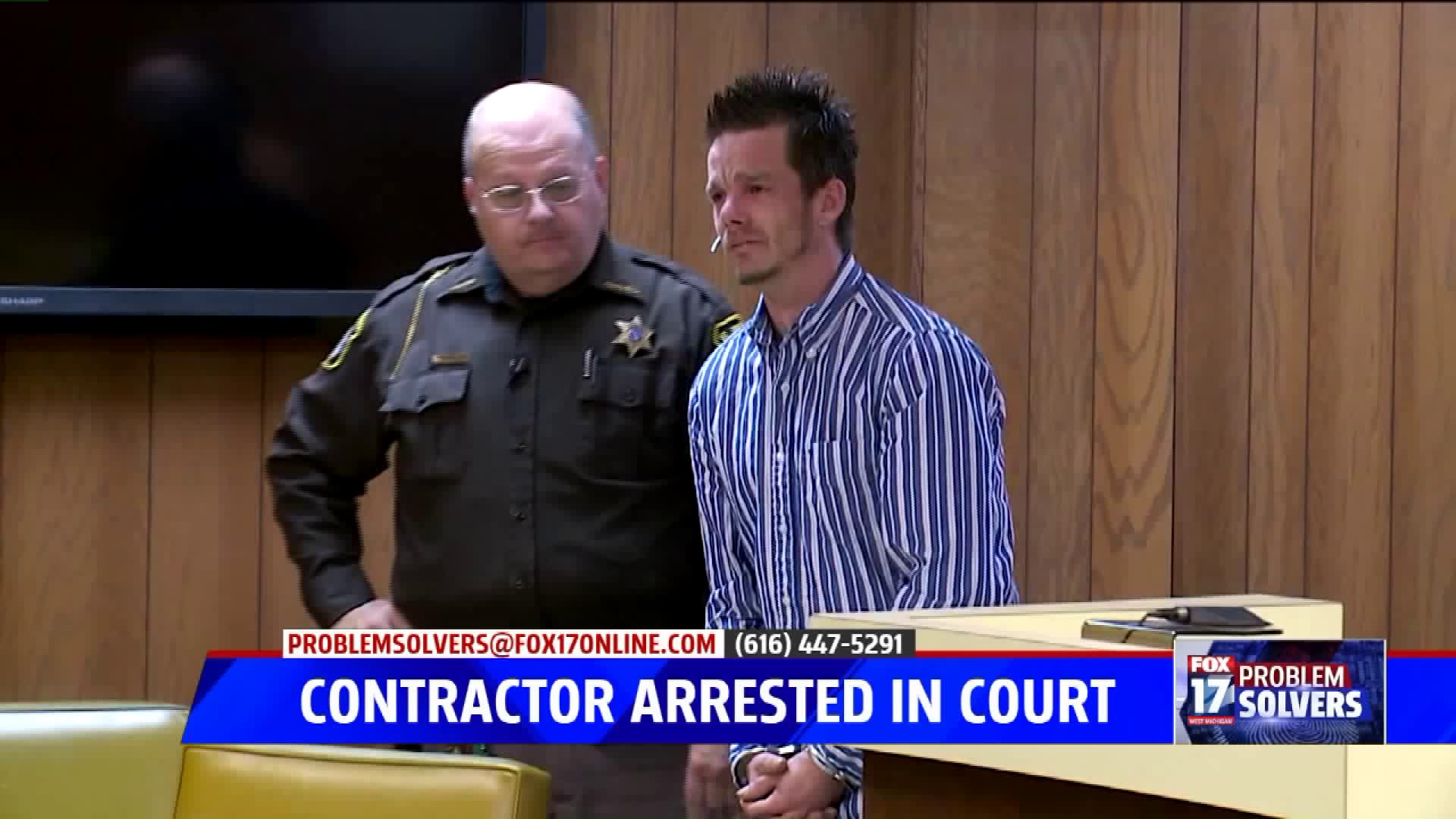 Dana Samson and Mary McClain both reached to the FOX 17 Problem Solvers after seeing a broadcast featuring the Holtz of Mendon . Mashburn allegedly disappeared after taking $3,700 from the Holtz for a porch job. A whole year has past since that payment.

The Problem Solvers were going to approach Mashburn after court to get his side of the story. However, the judge announced a warrant for Mashburn's arrest. He was handcuffed and taken to county jail for operating as an unlicensed residential builder. The judge said that charge is tied to a criminal complaint filed by Samson with the St. Joseph County Sheriff's Department.

Samson said of the arrest, "[It] broke my heart, but it had to be done. It's exactly what I was hoping would happen. I didn't know the prosecuting attorney had already made this decision, and I'm glad that they did it the way they did it so they wouldn't have to hunt him down."

McClain said, "I don't feel sorry because it might make him think twice before he does that again to someone or other people do that because this is really a burden. This has been an extreme burden on us."

The judge said Mashburn claims not to have any money. His ex-girlfriend Laura Jibson is also a defendant in the civil case.

"I wasn't his accomplice, just his girlfriend," she added.

The judge mentioned that Mashburn also faces a charge of domestic violence against Jibson.

His alleged victims feel Jibson is just as culpable because she assisted in his business transactions. Mashburn claims he has no money or assets. The judge said the judgement is good for seven years.