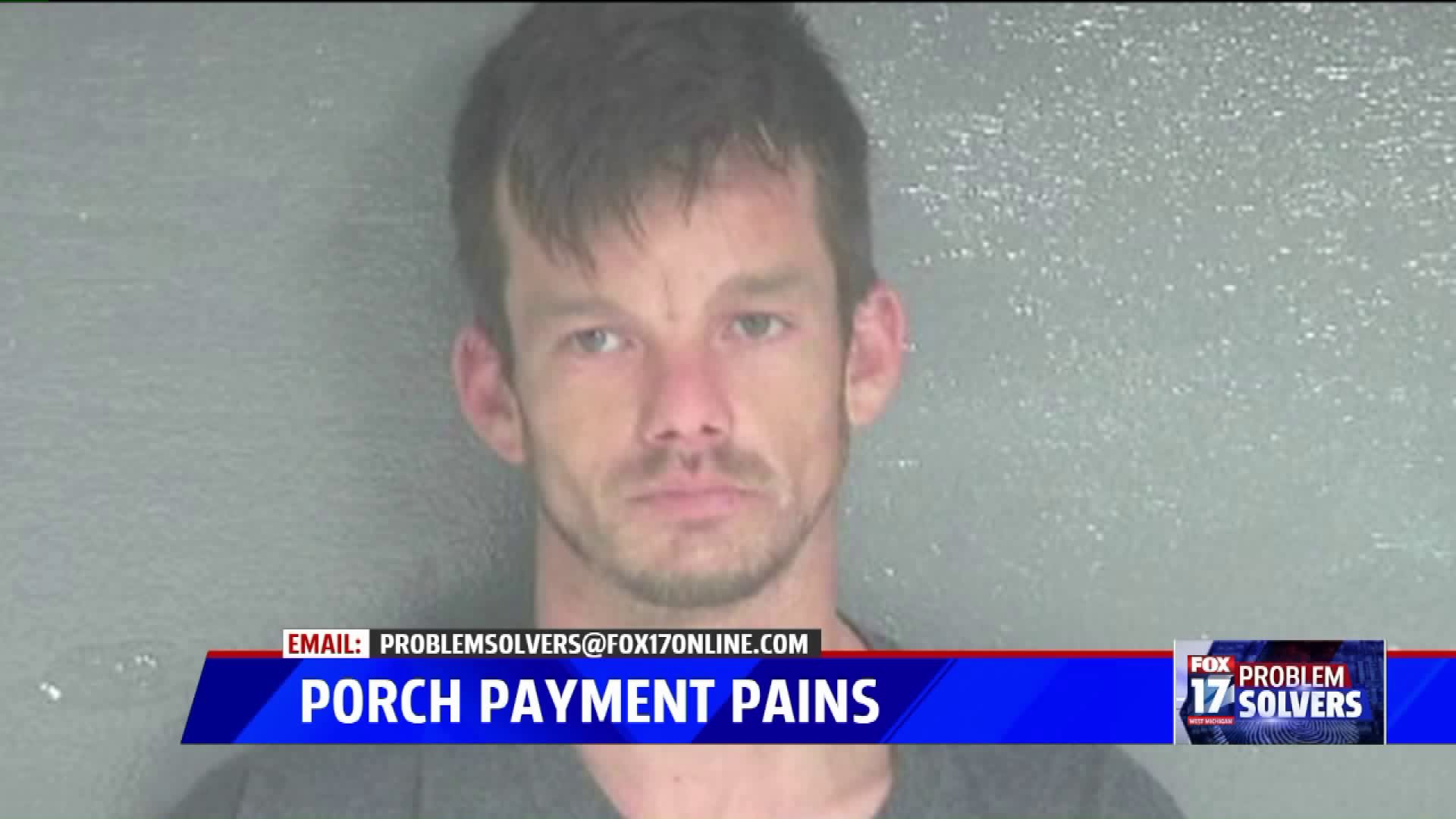 “We were kind of in a spot that we were almost desperate," Darlene Holtz said.

The Holtz, who found J 'n A Construction on Facebook, said Mashburn only gave them excuses.

“It was too cold. It was too hot. It was too rainy. Their truck blew up. Um, they didn’t have enough help. You name it, there was every excuse," Darlene Holtz recalled.

To try and figure out what's really going on, the Problem Solvers called Joe’s former girlfriend and business assistant Laura Jibson, who agreed to chat on the phone.

“I am appalled at the fact that I was with somebody who can’t even run their own business or perform business," Jibson said.

When asked where the money is, she said, "I had the money put up, and it was in an envelope in our room. And I’m assuming that it’s gone now.”

“It’s very frustrating," Brian Holtz said. "You can get more response talking to a wall.”

The Problem Solvers stopped by Mashburn's home in Bloomingdale. While waiting, another man appeared in the yard. Then Mashburn came to the door. Before slamming the door, he said, "You may leave my property now."

As we reached the road, the unlicensed contractor yelled at us again. He didn't even want us talking to his buddy.

"Leave my property now!” he shouted from a window.

Needless to say, Mashburn wouldn't listen to our questions. But Holtz said his response should be simple: “We just want it made right. We want our money. I don’t trust them to put the deck on. I’ve seen so many people step forward and say they did horrible, terrible work. I just want our money back, and I want to warn other people. I don’t want anybody going through this.”

The Holtz said they plan to take action with the St. Joseph County Sheriff's Department.

A few tips: don't pay cash, always check to make sure through the state's website that a contractor is licensed, and ask for proof of insurance. These things aren't foolproof, but you'll have a little more protection should something go wrong.