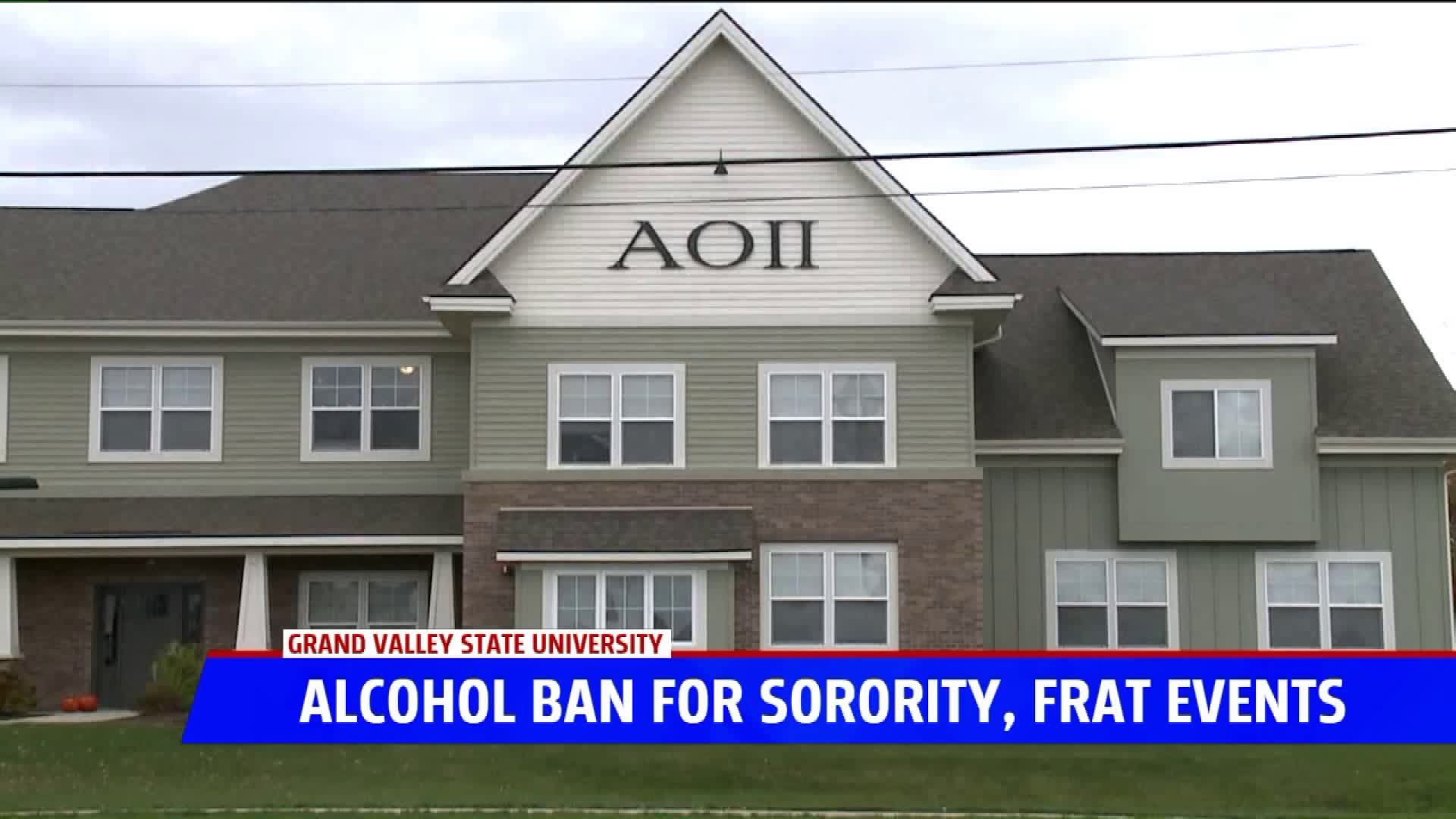 ALLENDALE, Mich. - Alcohol will no longer be allowed at any Grand Valley State University fraternity or sorority events.

The school sent a letter to all the Greek chapters this week notifying them of the decision. The ban is effective immediately and applies to all GVSU campuses and any chapter functions that are on or off campus.

Loren Rullman, the Vice Provost for Student Affairs and the Dean of Students tells FOX 17 that student safety is their primary concern. He says they've had nine different chapters face some form of sanction in just the past few years.

"So really what we're doing is taking a pause, so we can work together with our students and faculty and staff colleagues to find out what is the issue and how we can resolve them," said Rullman.

The ban is effective anywhere a chapter would have an organized chapter function, but would not apply to small groups, like roommates and friends who are of legal drinking age.

A task force with students, faculty and staff is being established.

Rullman says the sanctions issued in the past few years caused enough concern that they wanted to take a break and figure out what needs to be done differently.  He also added that the ban is being done on the honor system.

"We're not going to police the student functions," said Rullman. "We're hopeful the students will police themselves."

The ban is not permanent. Rullman says that chapter functions will sometime again be able to have alcohol.  The school did not say how long the ban will be in effect.

The ban does not apply to any academic honorary organizations.