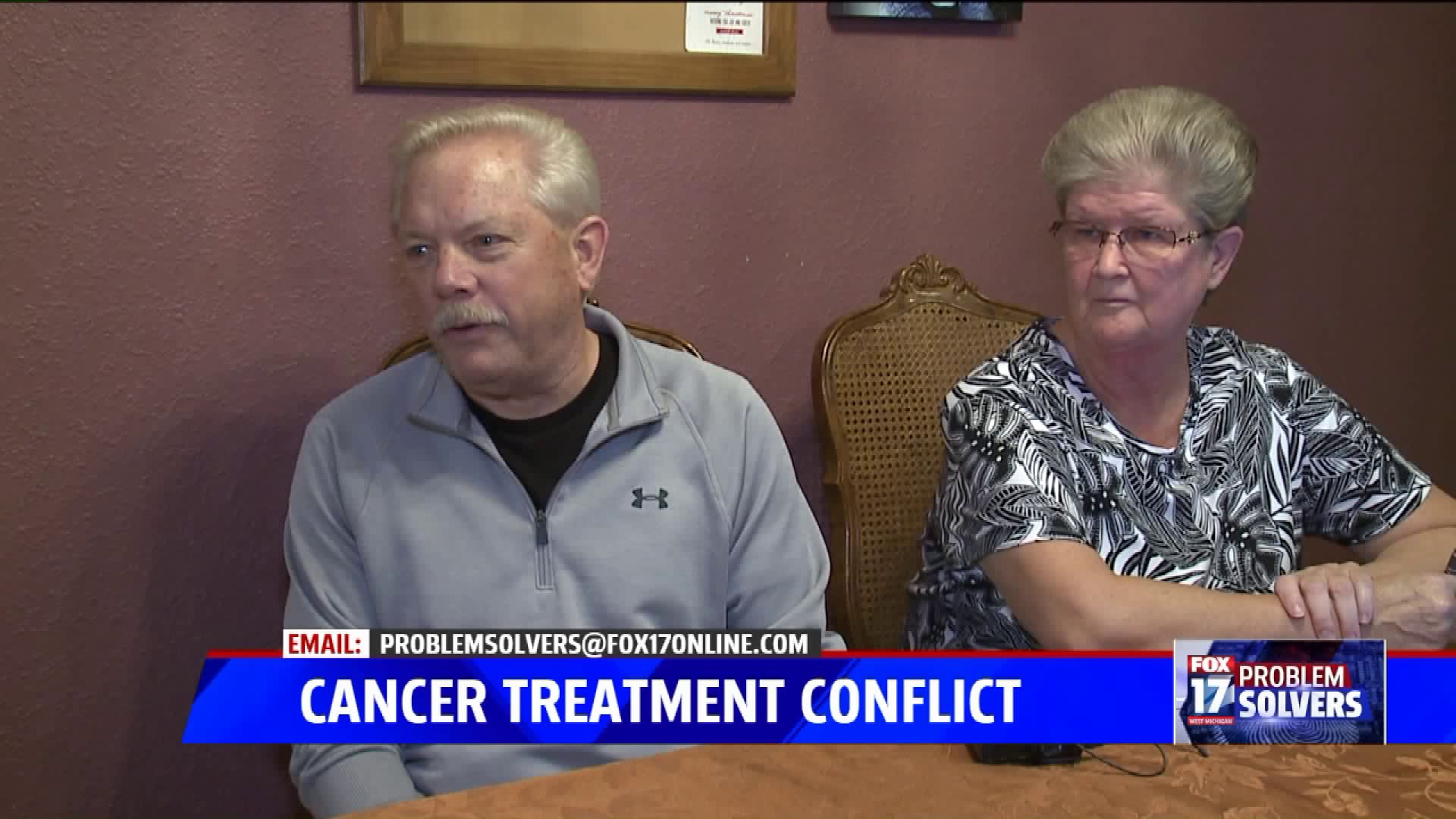 MUSKEGON COUNTY, Mich. -- Robert Knoll, who's battling cancer, said he’s forced to plead with his insurance company to cover all of his chemotherapy treatments. After seeing a very similar story involving Aflac, his wife Pamela reached out to the FOX 17 Problem Solvers for help.

“Paid for it for 30-something years, and when the mill closed we kept the policy up," Robert Knoll said.

Knoll said that coverage came in handy when a colonoscopy revealed colon cancer in February 2017.

He explained, “Then I had to go through chemotherapy. I did twelve rounds of chemotherapy in '17 from April to September.”

Each week, the Twin Lake couple said one session took place in the facility. Two other days were outpatient using a pump for chemotherapy. This is where conflict arose with insurance payments or lack thereof.

Pamela Knoll explained, “They would only pay for the one day in the actual cancer center. They refused to pay the other two days because they said it wasn’t in the infusion center. However, he was still receiving chemo, the second kind of chemo, through the pump for the 46 hours he had to wear it."

Her husband added, "Then I had to go back to the center to have it taken it off.”

They believe they’re owed $2,400. That's based on the charge per chemotherapy treatment and their policy.

Pamela said, “I called and complained, and every time you call Aflac you get a different person so you have to re-explain everything.”

“Frankly, the only reason I contacted [Problem Solvers] is because I saw your piece on the lady from Marshall who had the same exact thing," she said.

Last year, the Problem Solvers helped Mina Garza recover $6,600. She underwent the same method of chemotherapy treatments in her battle with colon cancer. Any differences in their policies are uncertain. But the Knolls believe the premiums they’ve paid for over three decades are supposed to cover his treatments.

Knoll said he has more operations and will continue with his routine checkups. As for the insurance payments, the Problem Solvers reached out to Aflac and were told someone will look into the issue.