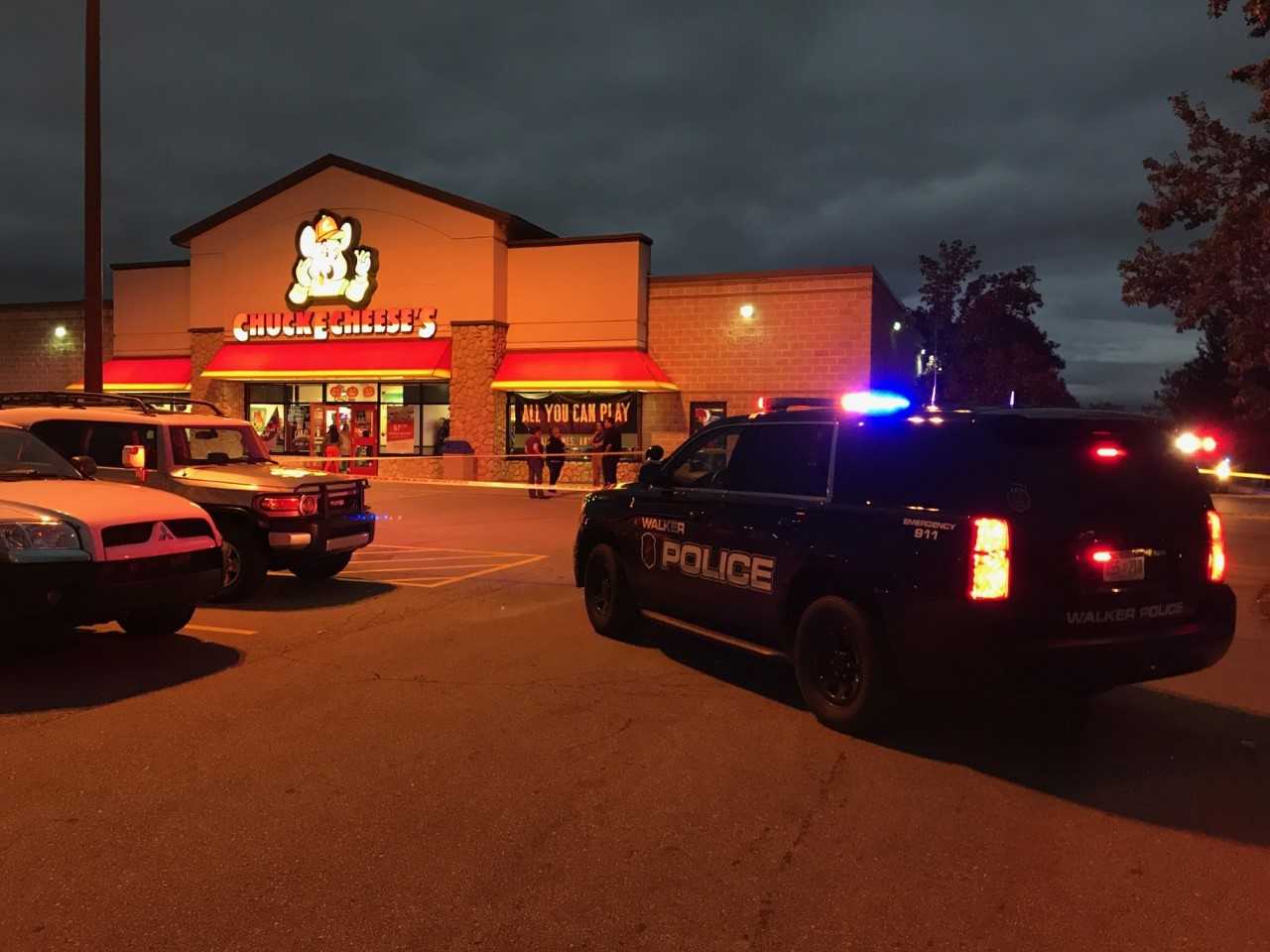 Walker, Mich. — Police are investigating after someone opened fire from a passing vehicle Saturday evening in Walker, just north of I-96.

The initial call came in to Kent County dispatchers around 6:30 p.m. The location was the 3100 block of Alpine Avenue NW, at the Green Ridge Square shopping center.

Walker Police Chief Gregory Long tells FOX 17 at the scene that there was a confrontation between two people and another person in the parking lot outside the Chuck E. Cheese. That’s when a vehicle with three people inside drove up. Police say someone inside the vehicle fired multiple shots, likely intended for the two people who were engaged in the initial confrontation outside. No one was hit by bullets and no injuries were reported.

Chief Long says the suspects then sped away, and police are still searching for the suspects and the suspect vehicle. There were no descriptions available, but Long says the people who evidently were the intended shooting victims knew the people in the getaway vehicle. The two people who “likely” were the ones shot at took off running, and were later tracked down and questioned by police near the old Toys “R” Us store in the shopping center off Alpine Avenue.

One of the bullets fired struck a parked Chevy Malibu in the parking lot.

Police began breaking down the scene around 8 p.m. Saturday.