Contractor accused of ripping off mom’s best friend for $3,000 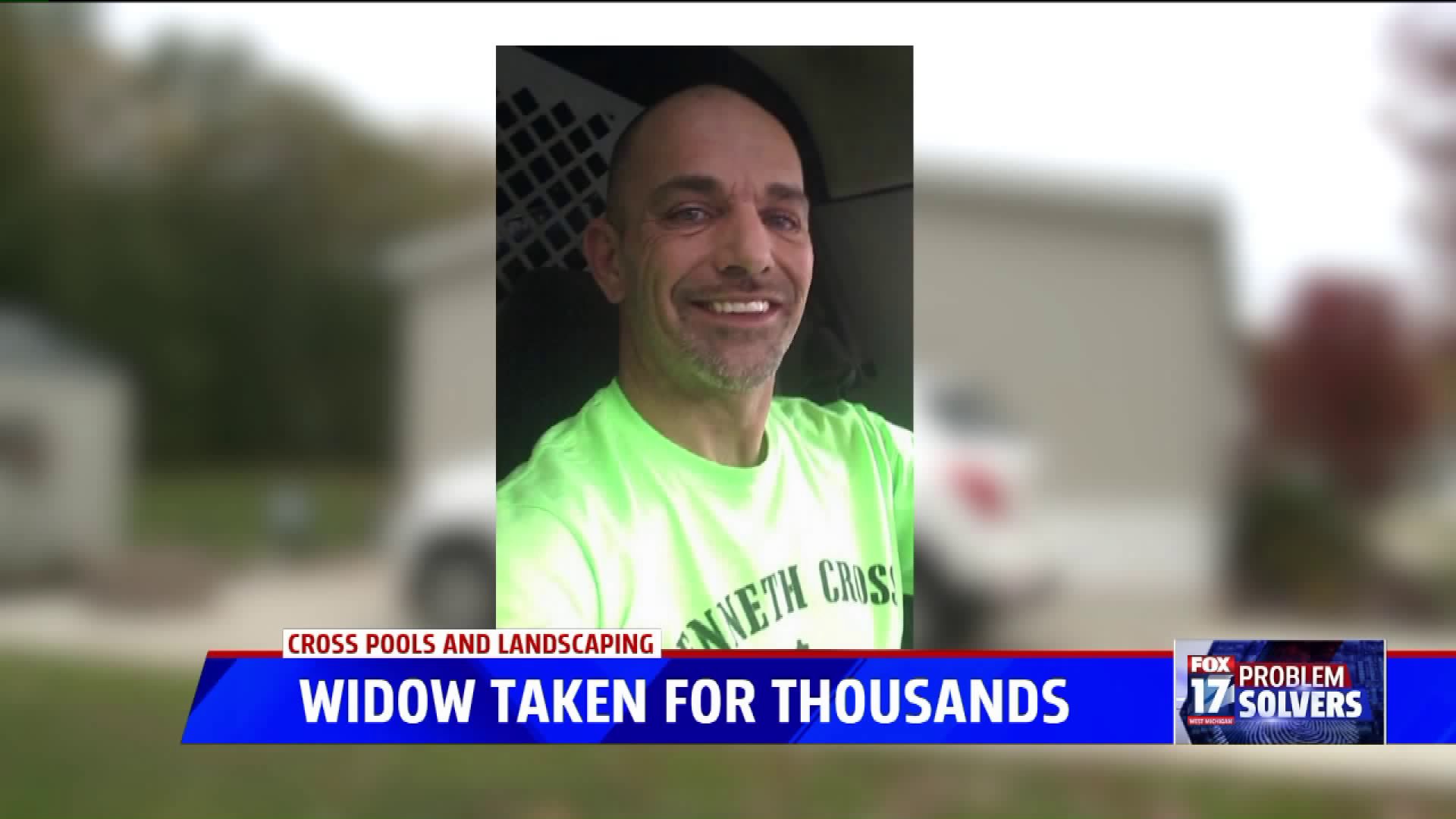 STANDALE, Mich. -- Rose Bush said she hired Joel Cross, owner of Cross Pools and Landscaping, to built a carport back in May. After cashing her $3,000 check, she said Cross never came back and failed to communicate or refund her money.

The Standale woman said one of her best friends, Cross's mother, recommended him.

"I want my money. I'm a widow living on a small income, and I can't afford this. I don't know what he did with the money, but I can't afford to support him," Bush explained.

She said his mother is offering no help

"Even now, after he stole my money she stands by him. She says, 'The devil made him do it,'" Bush said.

They say the devil is in the details, and this isn't the first time the Problem Solvers looked into Joel Cross's background. In 2016, his company incorrectly installed a liner in a pool in Allegan. It was a $1,300 job. The homeowners contacted Cross to fix it, but a whole year went by. Once the Problem Solvers got involved, the couple said Cross came back to take care of it.

Bush is hoping for the same result.

The Problem Solvers left a message and stopped by the address listed for his business. It appears no one was home. Bush wants others not to fall in the same trap she did.

Cross called FOX 17 back late afternoon. He admits he owes Bush the $3,000. He said he came down with an autoimmune disease 14 weeks ago and hasn't been able to walk. Cross said he's going through a bankruptcy and doesn't have the money because he used it to pay employees for other work. But he said he plans to pay Bush back when he does seasonal work. We'll let you know how this turns out.