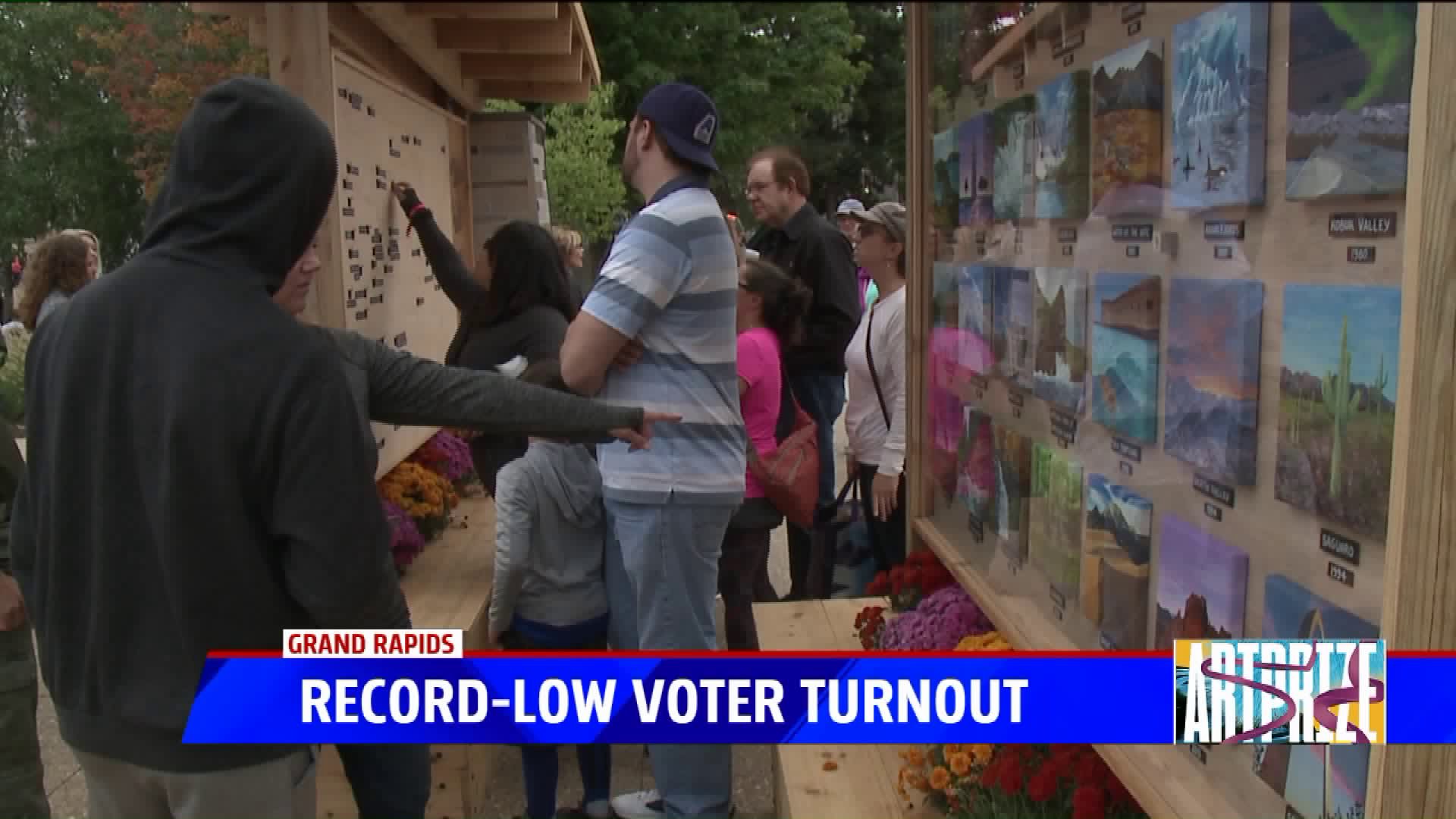 GRAND RAPIDS, Mich. -- ArtPrize 10 is officially in the books and voter turnout this year was at a record low.

According to MLive, less than 33,000 people voted this year, the lowest in the event's history over the last 10 years.

Organizers say a string of rainy days and fewer venues with voting booths may be to blame.

More than 500,000 people were expected to attend this year's fest in downtown Grand Rapids. A final tally is expected to be announced later next year.

ArtPrize is also no longer an annual event, and will now take place every other year with a different art fest happening during "off" years.

The competition will return with ArtPrize 11 in 2020.