“T.I.M.E.” will help you recognize symptoms of Sepsis 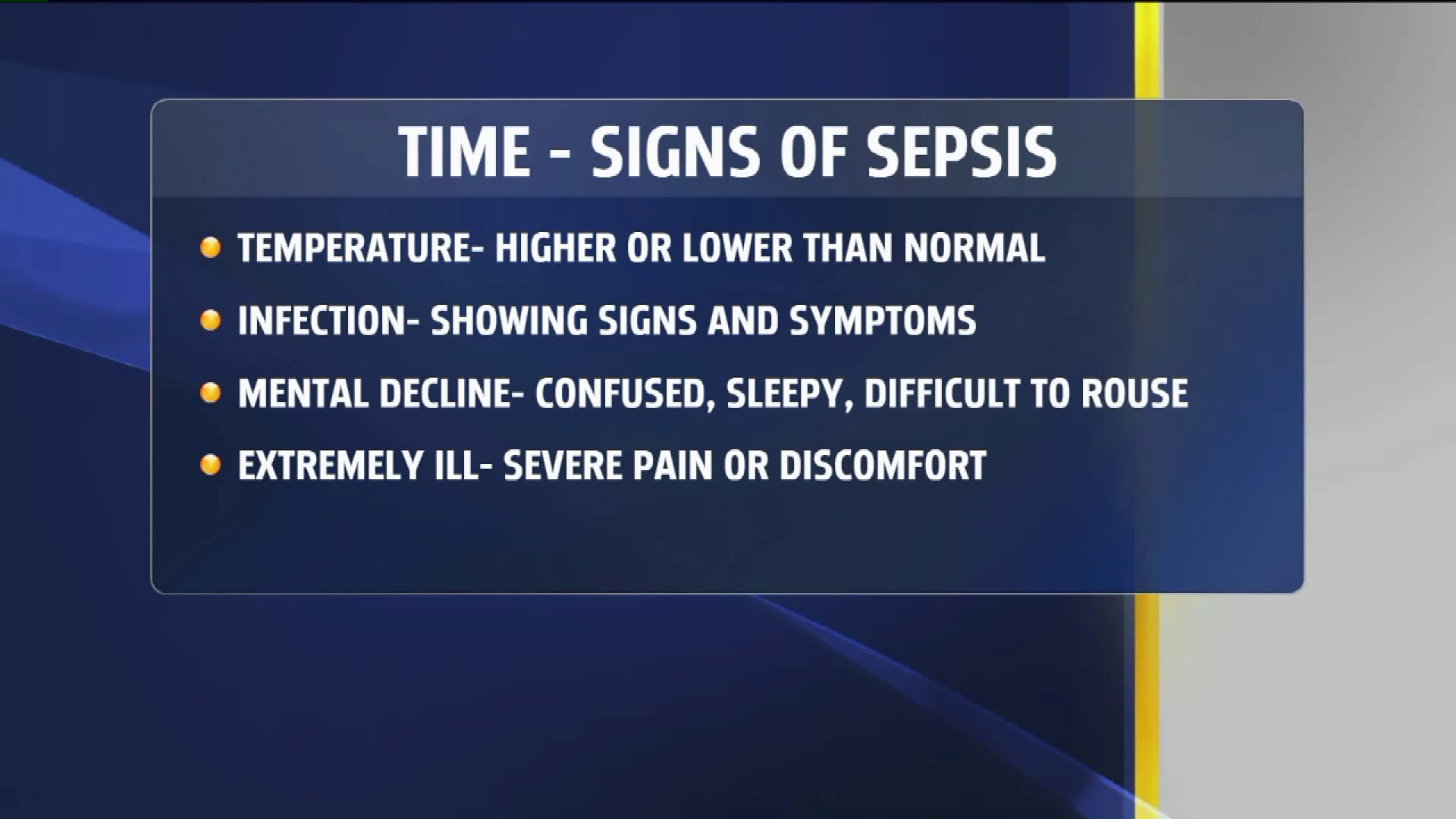 Few people know that sepsis ranks as the third leading cause of death in the U.S. (after heart disease and cancer). Sepsis is the body’s toxic, or severe, response to an infection.  The condition has been mentioned in the media multiple times over the years, however there still is a lot of misinformation out there about it, including the incorrect idea that sepsis is rare.

Dr. Nicholas Kuhl, an emergency medicine specialist and medical director of the emergency department at Spectrum Health Medical Center discusses what sepsis is, how fast it can progress, and what people can do to prevent it.

Sepsis is the body’s overwhelming response to infection, which can lead to tissue damage, organ failure, amputations, and death. However a majority of sepsis deaths could be prevented with diagnosis and treatment.

The Sepsis Alliance is using the month of September to educate the public and care providers about the dangers of sepsis and the need to take quick action. By using the TIME acronym, it serves as a reminder to seek medical attention as soon as symptoms are present.

If you have a combination of any of these symptoms, see your medical professional immediately, call 911, or go to a hospital with an advocate and mention concerns about sepsis.