Wanted ‘tree trimmer’ turns himself in to authorities 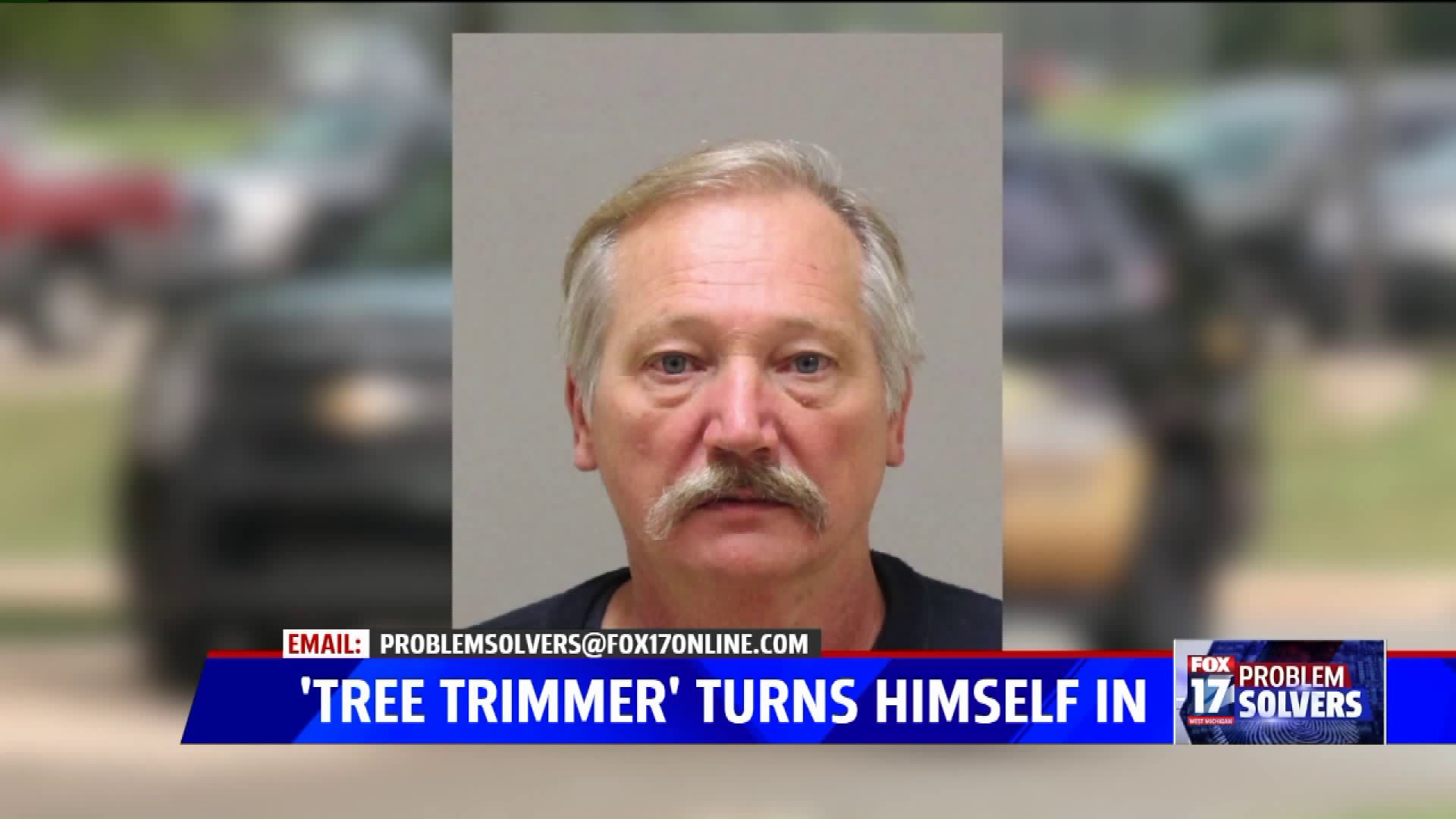 "Do I think I'm going to get restitution? No," Dick Vandermolen said.

Vandermolen said he met Wheeler who had been going door to door and offering his tree cutting services. He paid him an $825 deposit to try him out.

The Kentwood man said, "I didn't think more about it until I saw your report, like the next day on TV 17. I called my wife [and] said, 'Look at this. This is kind of interesting. We know this guy.'"

Vandermolen contacted the Problem Solvers and we told him to also contact the police. As previously reported, Wheeler's fraud and theft charges date back years.
This July, the alleged bad behavior resurfaced. Viewers like Vandermolen came out of the woodwork. Meantime, Wheeler seemingly dodged an arrest warrant for the next month and a half.

Sgt. Joel Roon with the Kent County Sheriff's Department said, "Mr. Wheeler actually presented himself to a deputy here at the sheriff's office who was starting his shift, and he approached the deputy and said, 'I'm pretty sure I have warrants for my arrest. I'd like to turn myself in.'"

Wheeler is facing 11 charges of fraud and theft tied to eight victims around the county, including Judy Vandalsen of Rockford. She was previously profiled by the Problem Solvers.

He said the sentencing guidelines don't change much after the court has so many cases in front of them. But he does encourage other victims to come forward so their voices can be heard, and their case can be prosecuted under existing criminal cases.

"So if someone has been victimized by Mr. Wheeler, it's always going to be best to get on record with your local police agency and then any civil action outside of that can be taken by that individual," Roon said.

Vandermolen said, "My interest now is nothing more than seeing that this person doesn't emerge again."

He added, "If the community's aware of him, that's all we can really expect."

Wheeler is due in court at the end of the month.