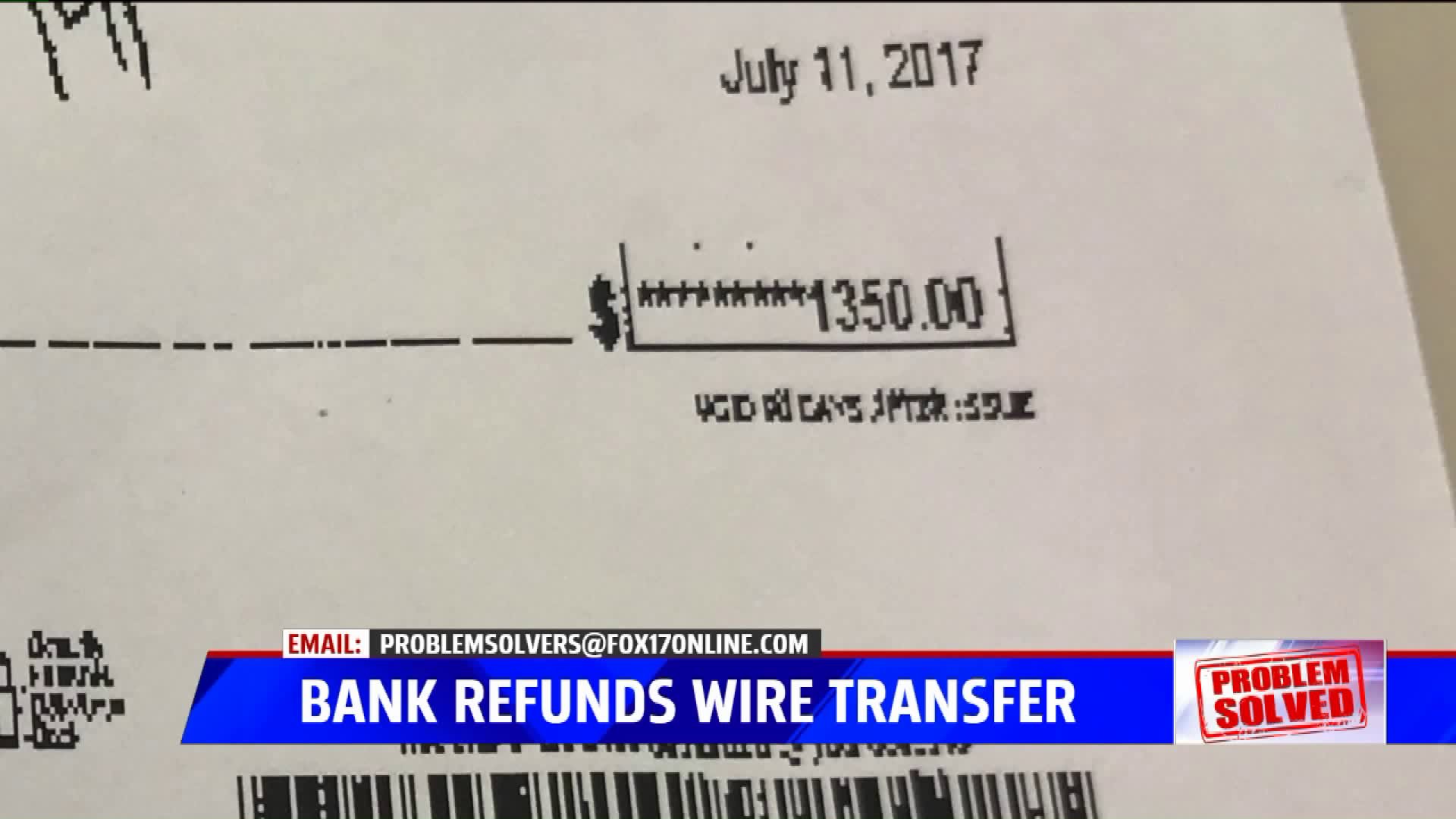 GREENVILLE, Mich. -- James Comden's been refunded $1,350 after a fraudulent transaction involving his bank account and a credit union in Wisconsin. The incident happened in July 2017.

"You did the story on Tuesday, and Wednesday afternoon I got a call from the president's office of Fifth Third Bank West Michigan, saying the money was deposited back in the business account," Comden explained.

"She said that there was some confusion because there were two checks involved in one dispute, and they somehow overlooked the second check," he explained.

"That's what they said. So I will just leave it at that," Comden added.

Here's a link to his initial story.

"So I appreciate what you and Problem Solvers did. It was a good story," Comden said.

He added, "I think it was very positive, and we got a positive result."