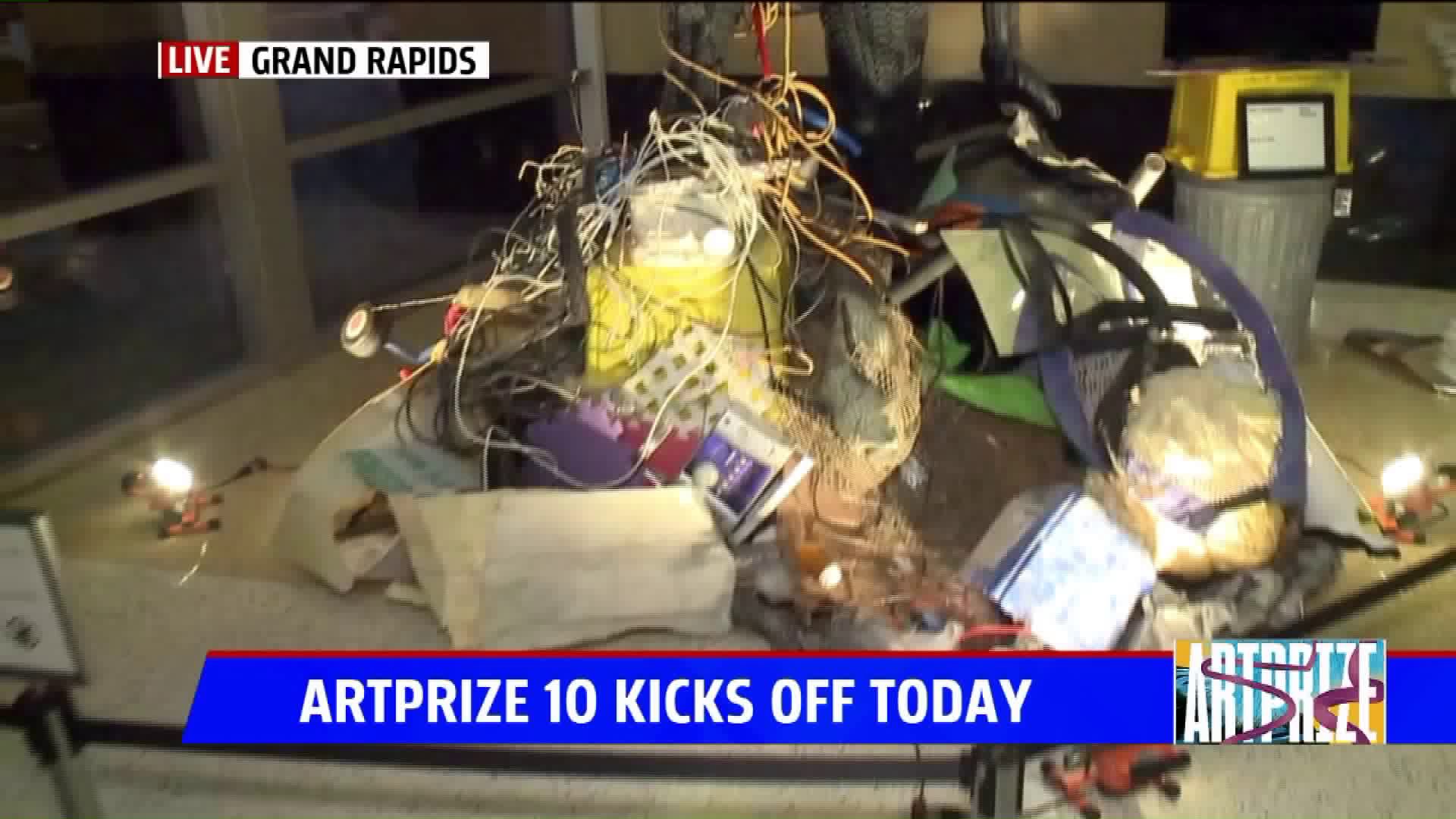 GRAND RAPIDS, Mich. -- We are just a few hours away from the start of the world's largest art competition.

Artprize 2018 will officially open on Wednesday throughout downtown Grand Rapids with an opening ceremony planned in the evening.

The ceremony is set to run from 7-9 p.m. tonight and will include a performance by the GVSU marching band, the Grand Rapids Symphony and an opening speech by Mayor Rosalynn Bliss.

Over 1,000 pieces of art will be shown from nearly 1,500 different artists from across the country. Plus, more than 500,000 dollars in prizes is up for grabs!

We're told that over 150 different venues will be taking part this year.

It's completely free and open to the public, and will attract nearly 500,000 people this year.