Police say they assisted Melissa Ramirez after the German Shepard bit her on the leg outside the Amway Grand Plaza Hotel.

Ramirez provided photos to FOX 17, saying she was rushed to the hospital after she was bitten. She got one stitch and is expected to be okay. Ramirez says the Secret Service told her they will cover her medical bills from this incident. 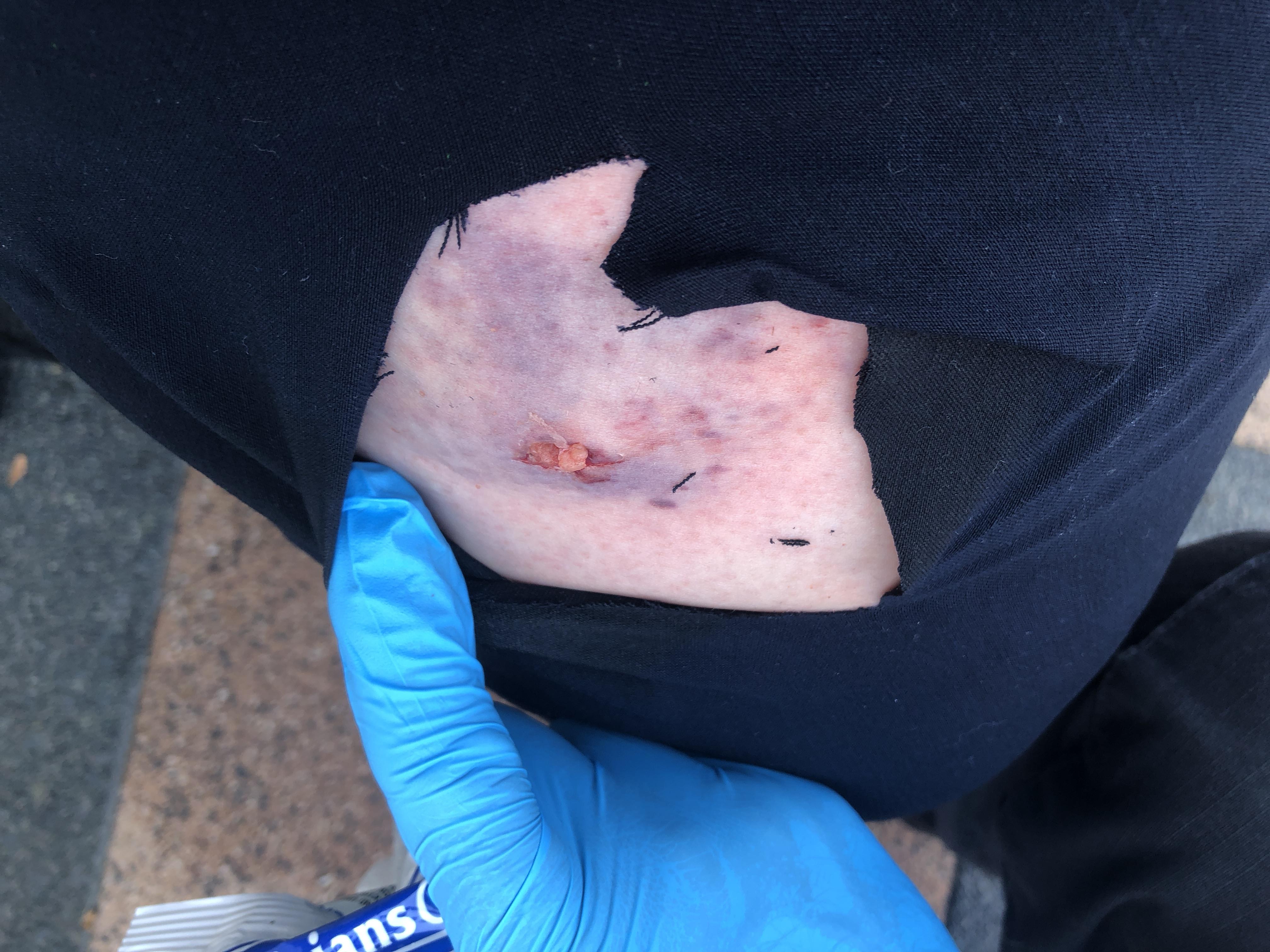 A Kent County Health Department spokesperson says Animal Control is investigating a claim from Ramirez regarding the incident.

“He pulled him back really quick,” Ramirez tells FOX 17. “It only lasted maybe a second but it was long enough for him to get his teeth into my leg pretty well.”

Pence was visiting Grand Rapids for a Republican rally after the Michigan primary election. Ramirez says the incident with the dog happened around 5:05 p.m as she was leaving work and walking to her bus stop.

Ramirez says the Secret Service agent handling the dog at the time was very apologetic, helped her dress her wounds and called her an ambulance.

“He definitely apologized. He was very apologetic,” Ramirez says. “He kept saying that he was sorry, you know he didn’t, we don’t know why it happened. We have no idea.”

Ramirez says she was told by a Secret Service agent that the dog has been put into quarantine since the incident.

As of Friday evening, Ramirez says her right leg is still sore. Despite this, Ramirez says she’s glad it happened to her and not someone more physically vulnerable.

“I’m glad that it was me and not like, a little kid because I feel like that would have been just face level,” Ramirez says.

Ramirez says believes this was a genuine accident and that she is not mad at the agent handling the dog.

“I’m not mad at all, I’m not upset with them,” Ramirez says. “It was totally not his fault. I mean, the trainer tried really hard. He pulled him back really quickly, so he was pretty on it. He could have been a little more on it and it wouldn’t have happened, I guess.”