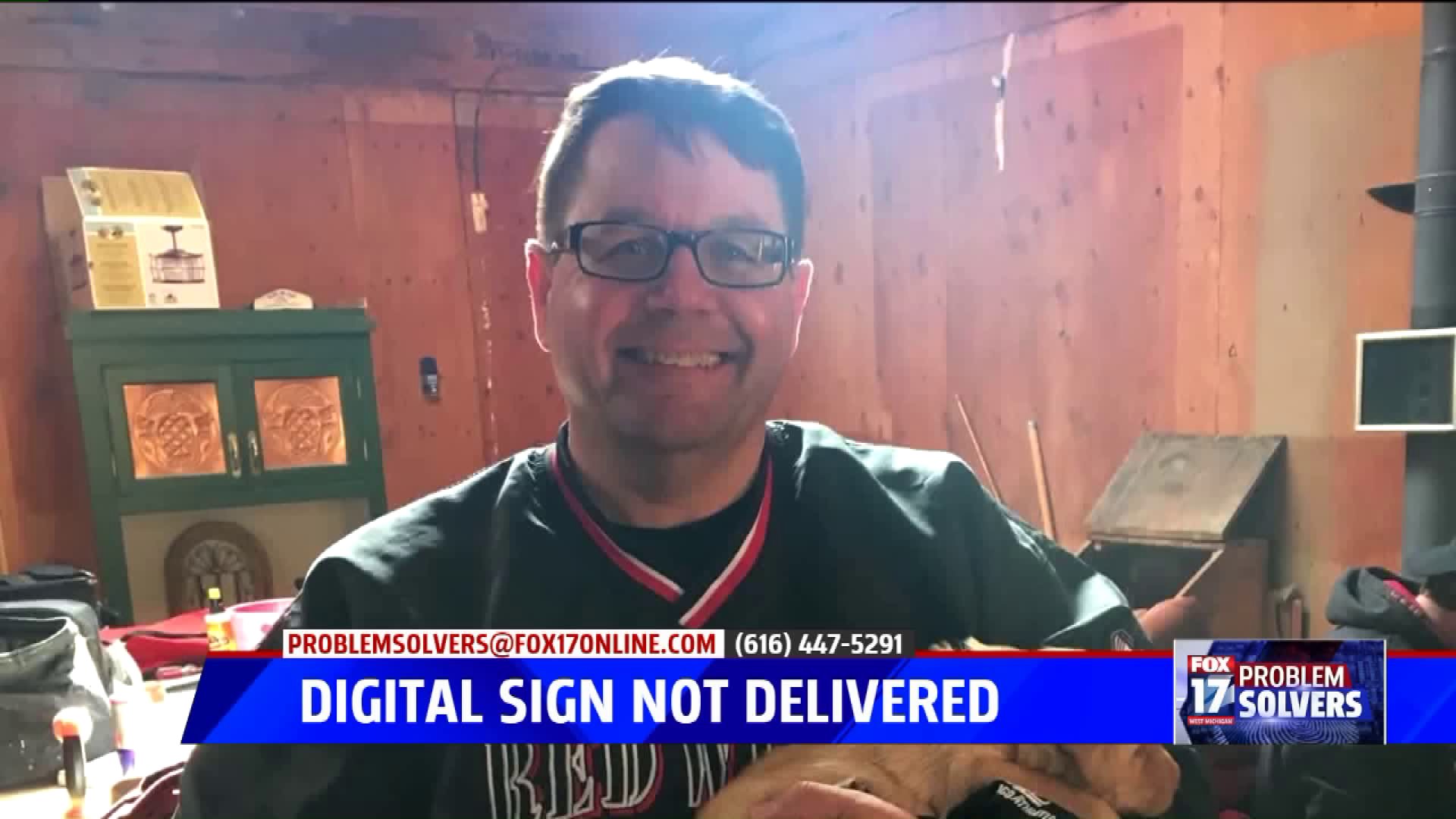 BANGOR, Mich. -- It's obvious something's missing outside Landers Hardware in Bangor. The plastic sign that once displayed store discounts has been gone for a year.

Myrkle said Prindle was going door-to-door when he stopped into the store and offered to swap out old plastic sign for a new digital sign.

Myrkle said, "He'd always promise he'd be there in a couple weeks, always returned the calls but never came up with any product. Guy just taking advantage of the situation."

"[It's a] little small town hardware store. Doug would give people the shirt off his back if he thought they needed it. I just didn't want to see him get took advantage of," he said.

Just down the road, the owners of Arlington Trading Post told the Problem Solvers Prindle did the same thing to them after writing him a check for $1,150 in July 2017.

Myrkle said, "The other business in town... they're a young couple who's starting out."

"They thought they were probably getting a good deal, and they got took advantage of too... I don't want to see that," he said.

So Myrkle reached out to the FOX 17 Problem Solvers for help achieving one of two options.

"Either come up with the product or refund the money," Myrkle said.

So the Problem Solvers called Prindle. He said it's a long story but promised to pay both businesses back by 3 p.m. the same day, Tuesday. He made good and paid both store owners back. However, he didn't want anything to do with the Problem Solvers. He walked away from us as we tried to ask him questions on what happened.

Myrkle showed the Problem Solvers the money he was handed.

"I have here a thousand dollars that the gentleman just came in and brought me to rectify the situation with the undelivered sign," he explained.

"And you fixed it in less than 8 hours," Myrkle said.

Both businesses received a combined $2,150 from Prindle.