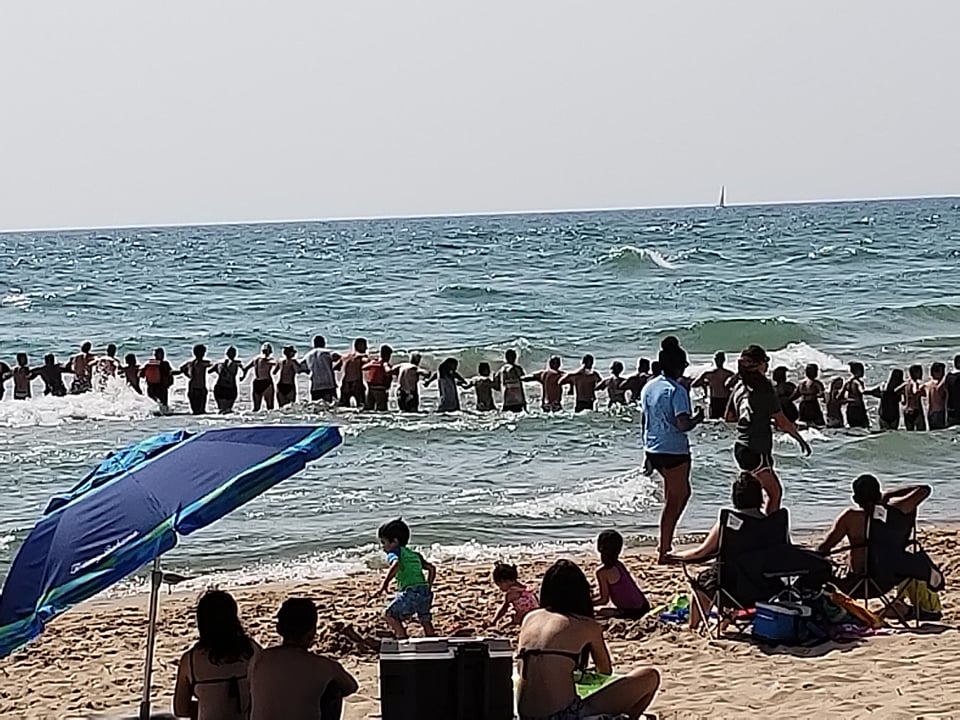 GRAND HAVEN, Mich — Police say two people died, one remains in critical condition and two others are listed in stable condition after several water emergencies in Grand Haven on Sunday.

Authorities have since asked people to stay out of Lake Michigan at Grand Haven City Beach and Grand Haven State Park.

Authorities say multiple people have been rescued from the rough waters and transported to medical facilities, leading up to the beach and pier closure.

At around 12:05 p.m., a swimmer was reported struggling in the water near the State Park Pavilion building. Bystanders reportedly formed a human chain to help search for the swimmer and at 12:17 p.m. David Knaffle, 64, of Wyoming was located. Knaffle was found unresponsive and later died.

A separate water emergency happened at 3:22 p.m. when bystanders reportedly pulled a 46-year-old Alto man from the water. The man was hospitalized in serious condition.

At around 3:48 p.m., five people were reportedly struggling in the water once again north of the pavilion building. Police say it also included a 20-year-old Lansing man and a 17-year-old female. Police say they located the Lansing man about 5 feet from shore and CPR was unsuccessful, he was pronounced dead.

More than twenty firefighters and police officers were assigned to rescue crews as more distress calls came in throughout the afternoon. Fortunately, no one else was found in the water or missing as the day went on.

A high beach hazard is in effect for swimmers and boaters Sunday. Three to five foot waves are occurring and dangerous rip currents, longshore currents, and structural currents are likely. The graphic below, from the National Weather Service shows the expected wave heights and hazards today.

The next graphic below is our FOX 17 Lake Michigan (marine/boaters and beach/swimmers) forecast. Note the high beach hazard risk from Holland northward in red along the immediate lakeshore. The highest waves and most dangerous areas will be on the SOUTH side of all piers Sunday!