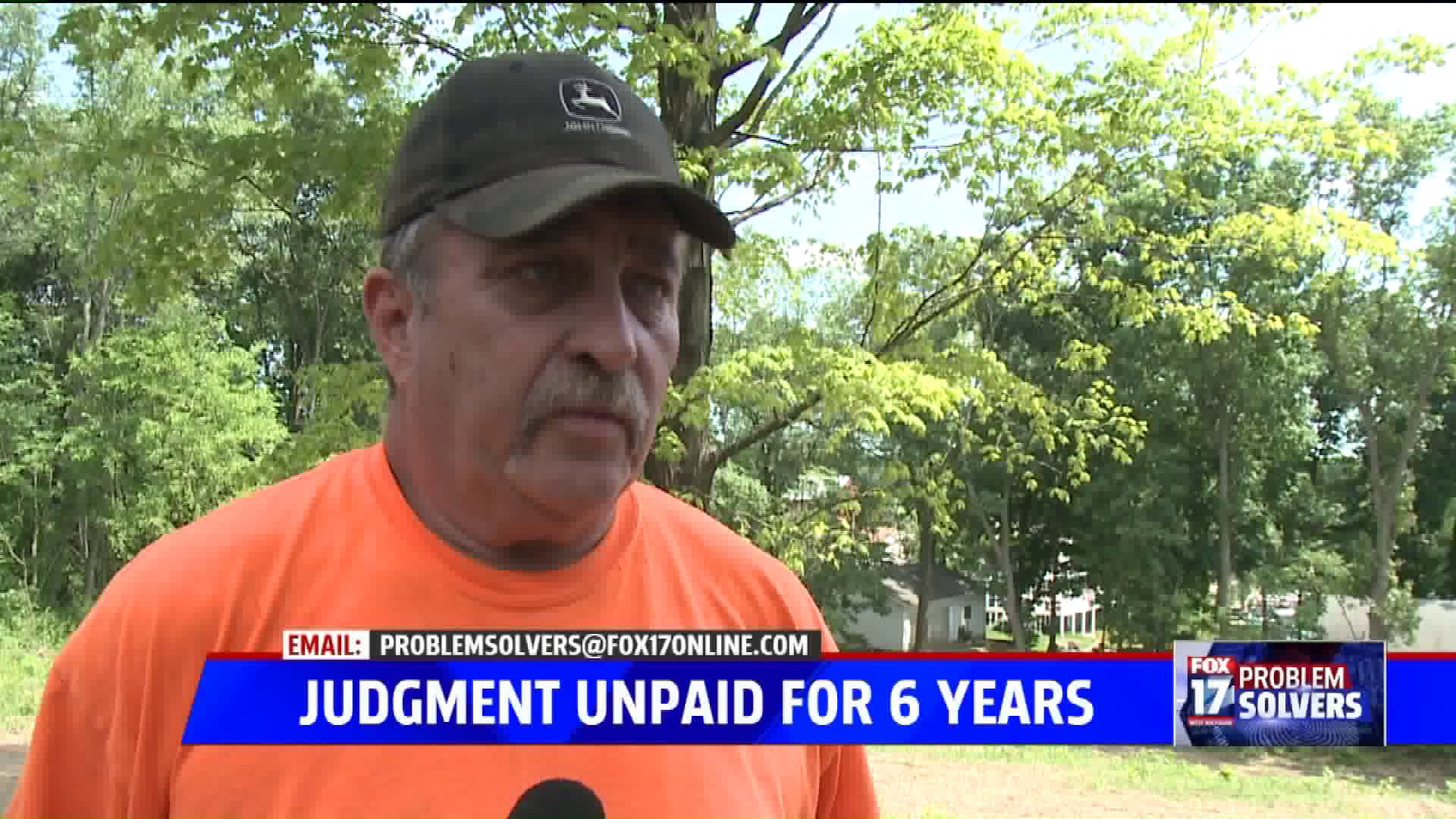 KALAMAZOO COUNTY, Mich. -- Tom Vandermeer said he won a judgment against landscaper John Holtman, whom he saw recently on the FOX 17 Problem Solvers. However, he won the case six years ago and still hasn't been paid.

“I was watching the news, and I said, 'There’s John Holtman,'" Vandermeer recalled. "He did the same thing to me."

He hired J&A Rockers to build a retention wall in 2012.

“It wasn’t tall enough. It was never tall enough," Vandermeer explained. "It was never in the right spot, and then he agreed to bring in fill dirt, and he brought in all sand."

"The first big rain storm we had, all the sand, it just rotted it. It just washed away and went down the hill, and the builder would not build on that.”

“The wall had a big curve in it, and I said, ‘What’s the curve for?’ and he said that it was to strengthen the wall. I never heard that before," Vandermeer said.

He said Holtman failed to make the proper fixes. So the two parted ways.

“He wasn’t willing to give any money back," Vandermeer said.

When Vandermeer couldn’t get a refund out of Holtman, he took Holtman to small claims court, where he won a judgment of over $3,000. He even got a lien against Holtman. Again, that was six years ago. Despite that court order, Holtman still has not paid.

“He wasn’t happy, of course, and then he accused me of having something going on with the judge, because she was so one-sided,” Vandermeer recalled.

Holtman told FOX 17, "We never got our rocks back."

Vandermeer said he did agree to return them. Vandermeer explained, "So [the judge] gave [Holtman] a date and a certain amount of time he could come get those rocks. I had my employees go and take all the rocks and stack them in the front yard -- as many as they could, because some were too big to move. And he never showed."

The bottom line is Vandermeer won a judgment. Despite filing multiple liens, Holtman won't pay it.

Unfortunately for Vandermeer, because it’s a civil issue, there’s not much else he can do.