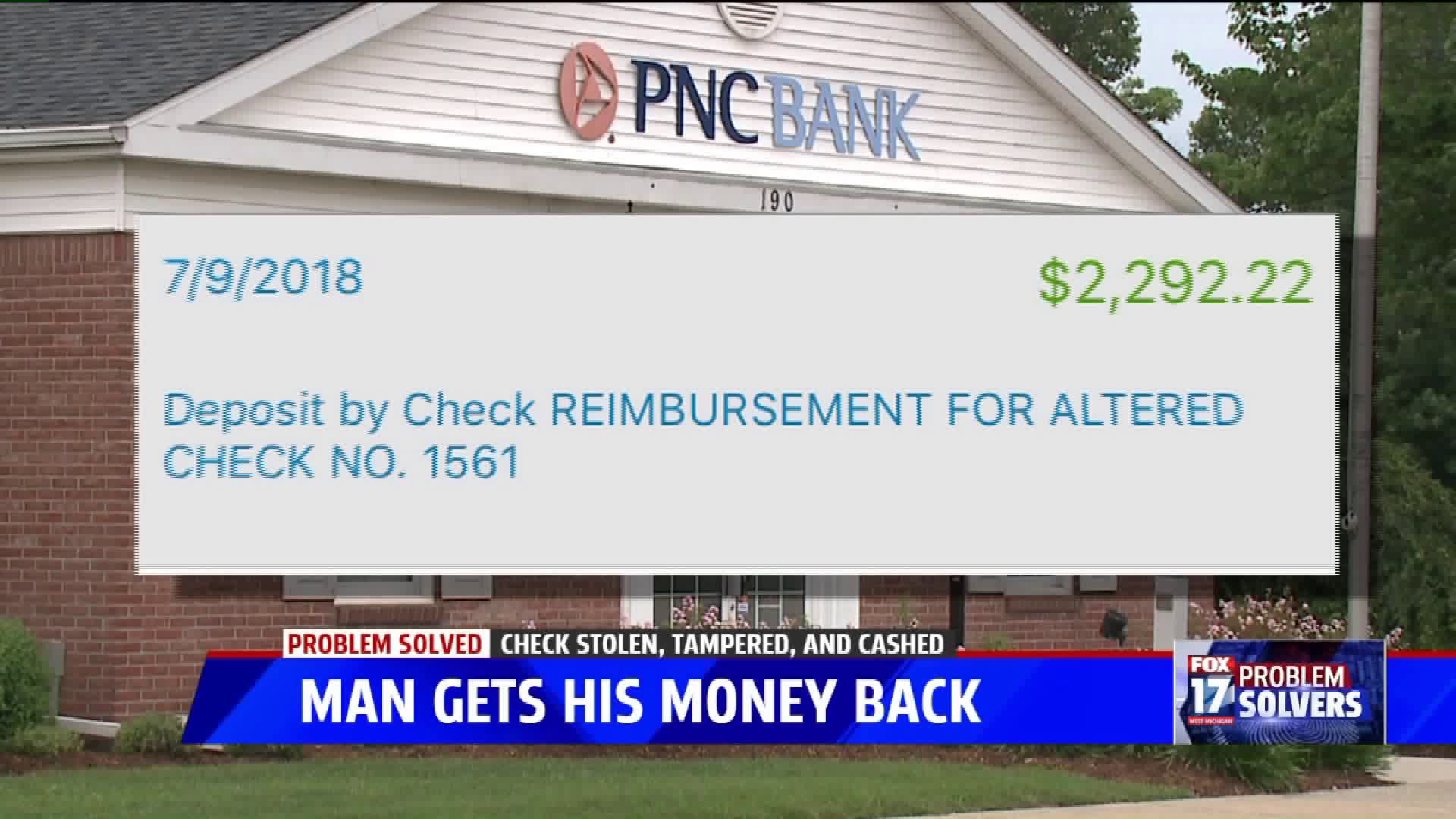 ALPINE TOWNSHIP, Mich. -- Brendan Kelly has been refunded nearly $2,300 from PNC bank that he's battled for for 6 months. He said that's a considerable amount of money for his young family of five.

“A couple hours ago, I got a call from Lake Michigan Credit Union and they said, ‘Hey, call us back. I got some news for you,'” Kelly recalled.

When he called his credit union back, Kelly learned PNC Bank deposited $2,292 into his account. It didn't happen until the FOX 17 Problem Solvers got involved.

“[I'm] extremely thankful. I got my money back. It would not have happened without you," Kelly told FOX 17.

He said, “[PNC] made it right. They gave me back my money in full."

Kelly sat down with FOX 17 just over a week ago to tell his story. He explained the money was stolen last summer. Kelly said he mailed a check to pay his summer property taxes to Alpine Township, but the check never made it.

"Long story short is because we didn't fill out this affidavit of the altered check within 30 days of after the check being cashed, PNC denied it. They denied my claim to get my money back," Kelly explained.

Just over a week ago, the Problem Solvers called PNC which decided to square things up with Kelly. For this year’s summer property taxes, he said he did things differently.

Kelly said, “Yes. I just went down, and I paid my taxes to Alpine Township literally this past week. So I gave it to ‘em in person. I did not put it in the mailbox. So it was a good lesson learned.

“I can’t thank [Problem Solvers] enough. That means a lot to me and my family by getting that money back, and it wouldn’t have happened without you guys going to PNC Bank," he said.

PNC told FOX 17 from the beginning that any updates would come from Kelly, and so no further explanation about what happened was garnered.  It's just another reminder to be careful. Mail and packages are stolen all the time.