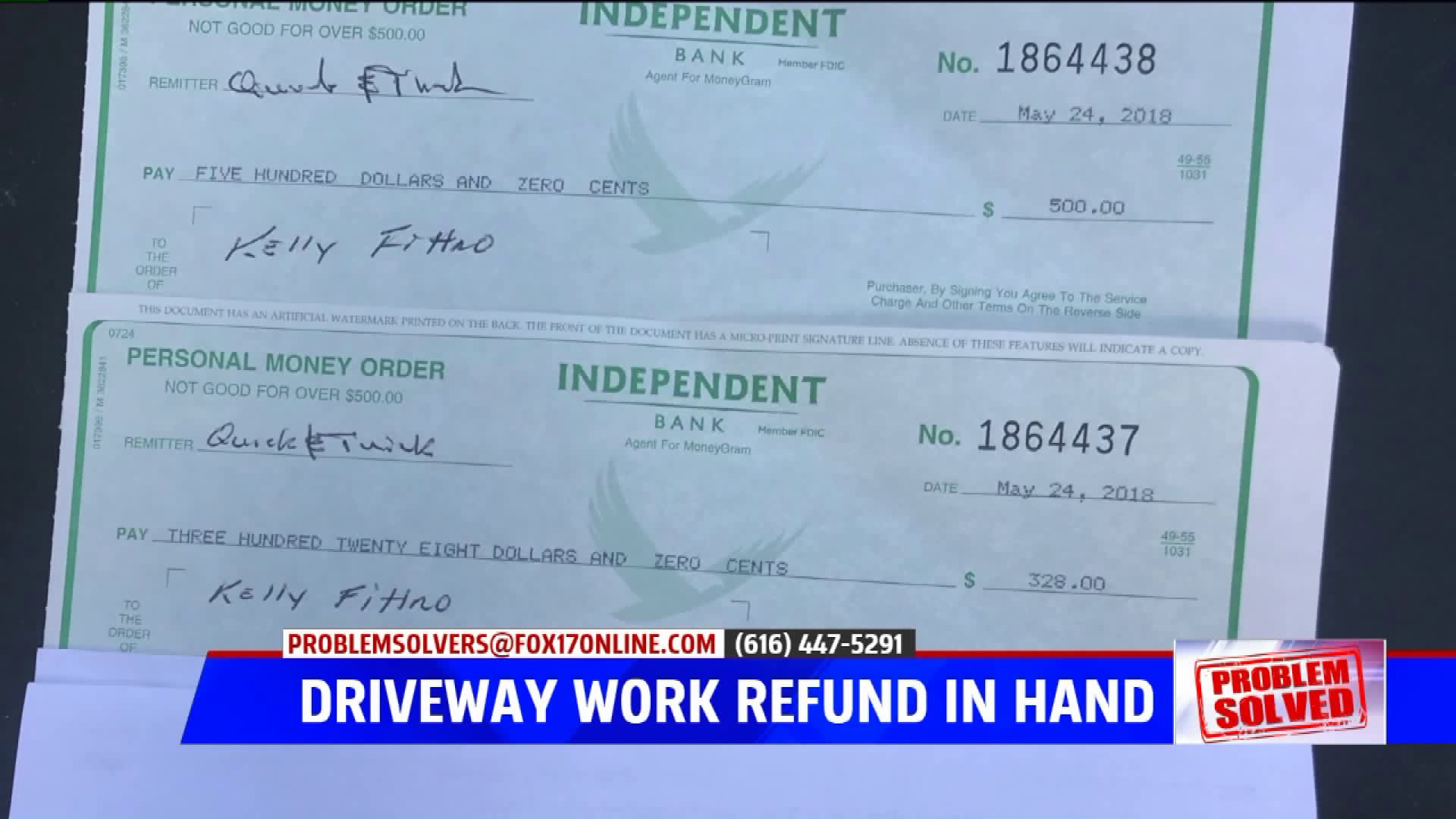 CEDAR SPRINGS, Mich. -- Kelly Fittro expressed relief that she's been paid the court judgement she won in September. Quick and Thick Asphalt lost the case mounting to $828 in damages and

"I suspect he paid because of your story airing," Fittro said.

She hired the company to sealcoat her driveway, but she said the worker ended up spraying sealcoat on her SUV and garage door as well. The company paid $250 to clean the vehicle, but she was awarded money in the court judgement to fix the garage paneling.

She said, "I didn't think I was going to get the money without going back to court."

It took months for her to be paid.

Back on April 30th, Dawe stated to FOX 17, "Well, I lost the judgement but I've never been notified to pay it and pay it to who?"

Dawe told FOX 17 he refuted his company damaged the garage but said he was willing to pay up. He said he just didn't know how.
He said he'd pay Fittro by June 1st. He beat that deadline, and Fittro told FOX 17 she's glad this is finally over.

Fittro said, "You hope when you take someone to court they do the right thing and pay you, but if not, I guess there's fox 17 and you can call them."

She said she can now use the money to replace the paneling on her garage.