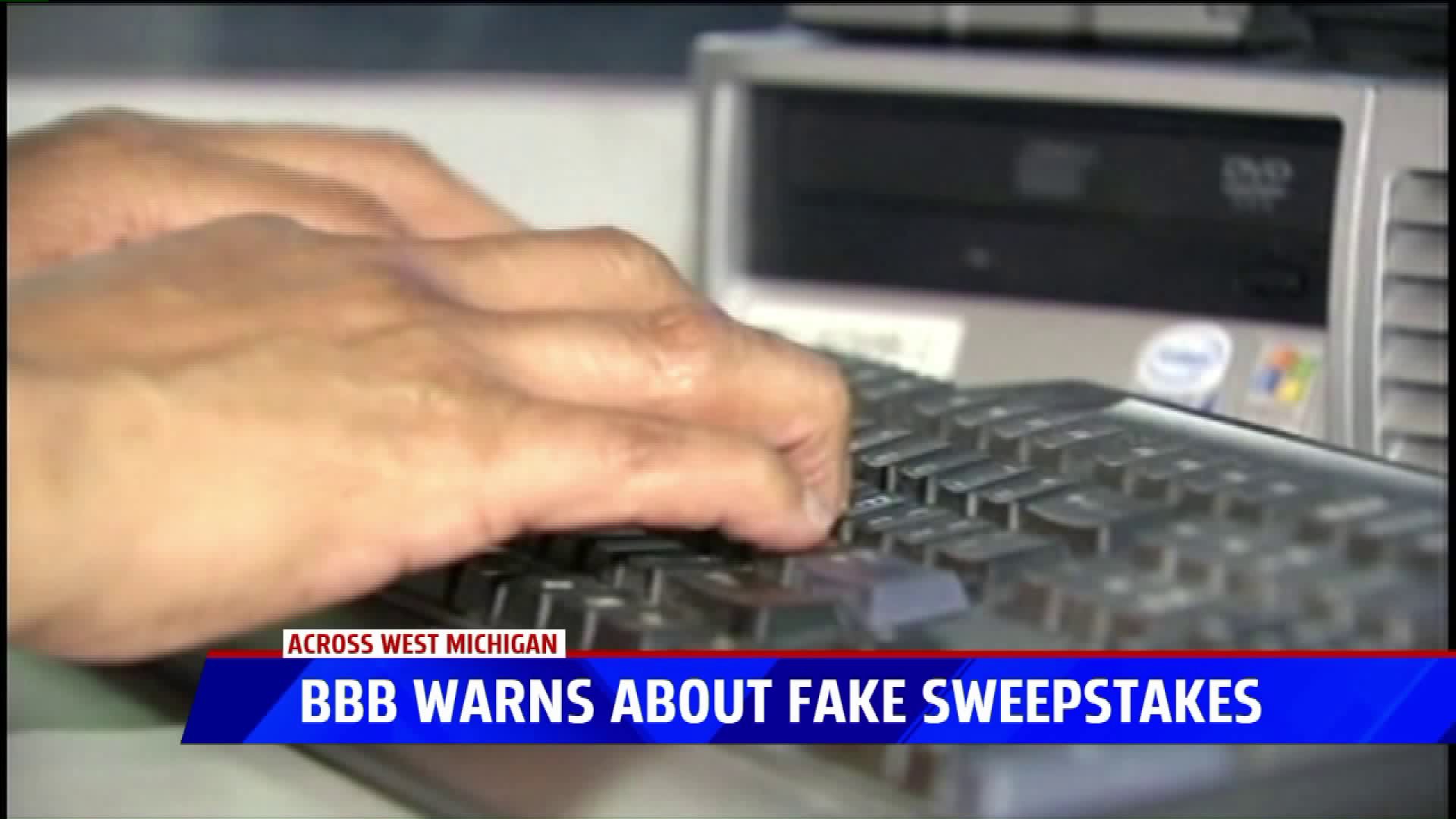 GRAND RAPIDS, Mich. --  The Better Business Bureau (BBB) is warning anyone who has been told they've won the prize of a lifetime.

If you've received a notification that you've won a large amount of money through a sweepstakes or lottery, it could be fake.

The BBB said there are all kinds of ways for fraudsters to contact people such as letters, emails, social media, pop ups, text messages and phone calls claiming you've won big.

“[People] that have received phone calls or letters or emails claiming to be from Publishers Clearing House Sweepstakes stating they’ve won the sweepstakes," said Glenn.

Whether it's the lottery, a sweepstakes or any kind of prize, the BBB said all these schemes have one thing in common: if they're asking for money, it's not legitimate.

The BBB recommends people call the lottery or sweepstakes company directly if you're uncertain, because once you've become a victim, it can be nearly impossible to get money back.

“When you get into India, you get into Africa, you get into all these differnet places, it’s so hard to get the government to have power or authority to stop something because they don’t have control in their country over law enforcement," said Phil Catlett, BBB Serving Western Michigan President & CEO.

It's a trap people keep finding themselves in. The BBB said these operations were responsible for nearly $120 million in losses in the U.S. and Canada last year. Two-thirds of the victims were over 60 years old.

“A lot of people when they found out it is a scam, they’re embarrassed that they don’t want to admit, and they figure if they report it, it’s going to be known they fell victim for it," said Glenn.

The BBB is hoping educating people will mean protecting them.

“Just making people aware that these scams are out there, trying to have people research them before they send their money or give their account information," said Glenn.