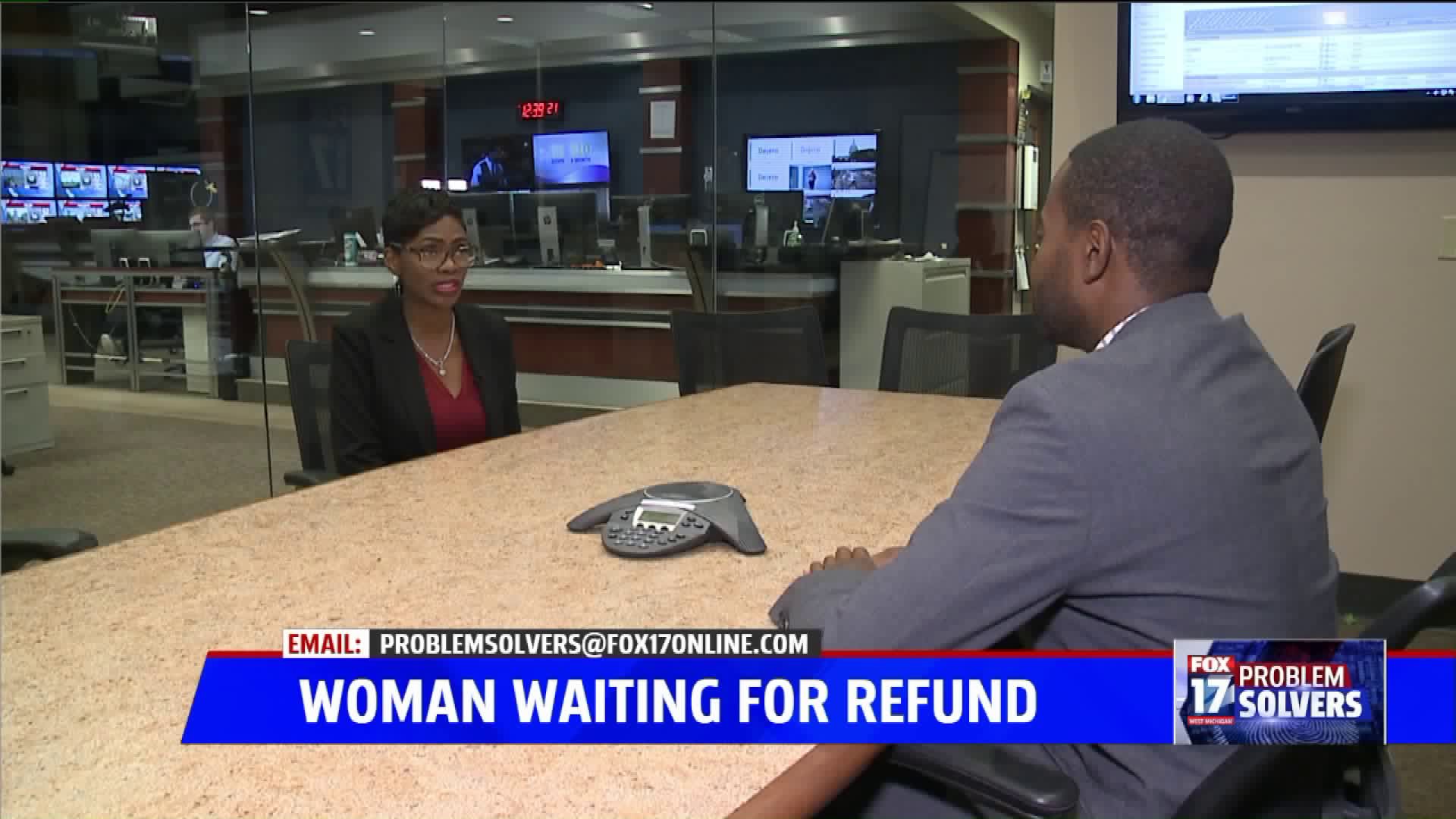 GRAND RAPIDS, Mich. -- They say 'no good deed goes unpunished', and Shawn Scott is currently living with the consequences of having a big heart.

Scott said she volunteered as a chaperone and nurse for a cross-country college tour called the HBCU Tour Experience (HBCUTE). The organization has been around for 29 years and takes students on a tour of historically black colleges and universities. FOX 17 featured HBCUTE in 2014.

This year, Scott said about 80 students from Michigan participated. According to the organization's website, the students paid $800 each. However, Scott said their trip came to a sudden halt in the Washington D.C. area.

"[I] found out that the charter bus company that we were traveling with hadn't been fully paid," Scott recalled.

She explained, "The drivers got directions from the owner of the company to cease all travel."

Scott said she learned this from tour organizer and president of the HBCU Tour Experience Kathi Harris.

Scott said, "This was a big deal. You guys took all these kids out on the road across the country without even securing the transportation."

"And at that point, it was either we gave them money to continue the tour or all of the parents would have had to be called and get last minute flights for their children to get back home.

"So I agreed to loan her the money which was $5,000 for the tour to continue," Scott explained.

This was spring break in early April. Scott said HBCUTE's Kathi Harris still hasn't repaid her $5,000 and that Harris claimed she was waiting for a check from a corporate sponsor. It's now been well over a month since the trip ended.

Scott said she became concerned about receiving reimbursement when Harris stopped talking to her.

FOX 17 called Harris but couldn't leave her a voicemail because the mailbox was full. So we went to her home address.

Kathi Harris said she wasn't going to talk to FOX17 because the situation was still 'in process'. She said she was going to call Shawn Scott later that  day (Friday, May 11th).

"Yes. I'll pay her. We have a conference call today, and that's all I'm saying. So you can remove your camera . Thank you," Harris told FOX 17.

Ms. Scott said she ended up hearing from Harris that day, but she said she's still getting the same excuse.

Scott said, "Not only did you borrow my money and not pay me back, but you also put myself and these children at risk for anything. I mean, we were pretty much stranded."

Scott has filed a small claims suit against Harris. FOX 17 will continue looking into this situation.