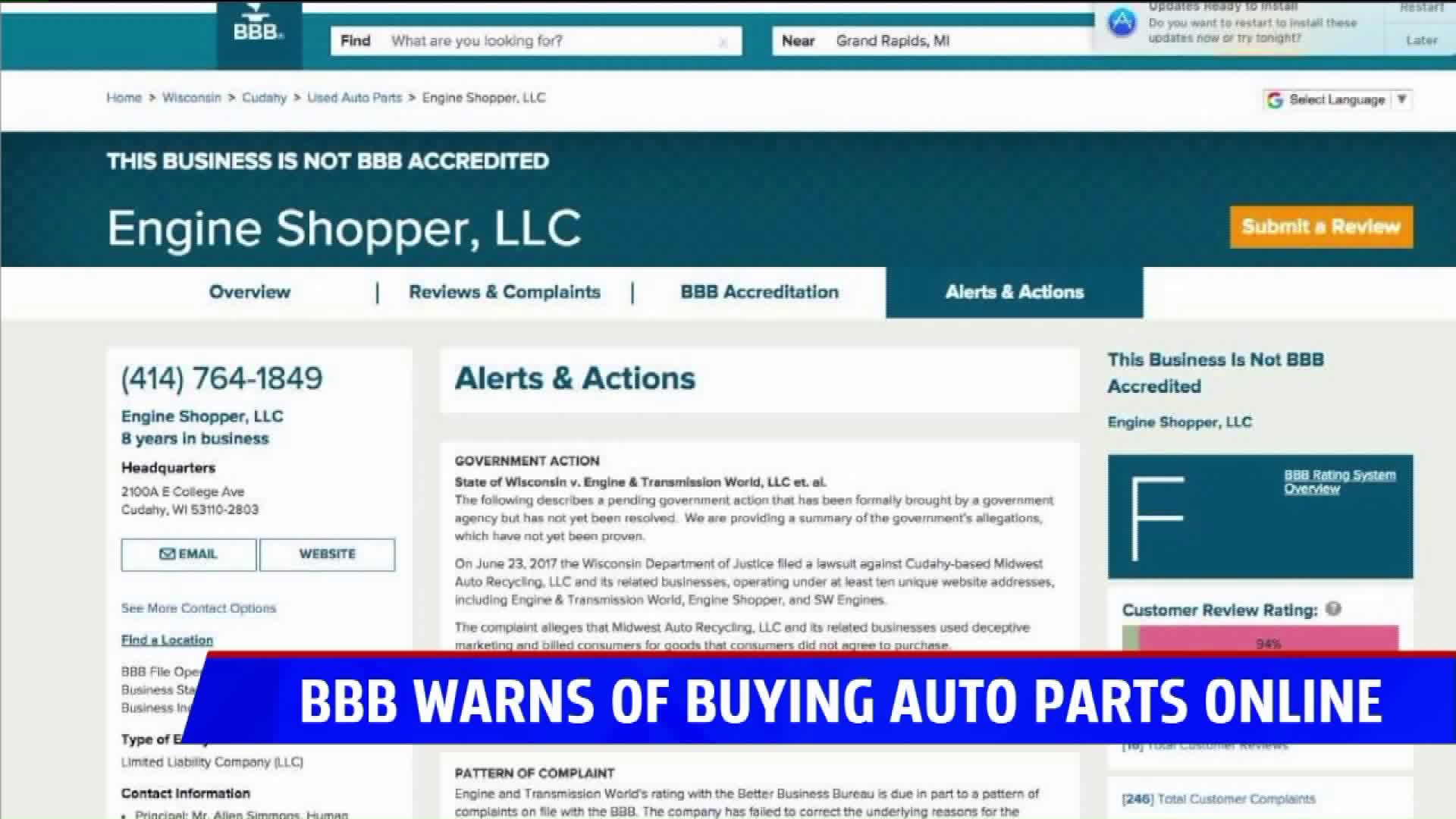 Online auto parts seller QualityUsedTransmissions.com is accused of ripping off customers across the country, and the website claims it's located right here in West Michigan.

John Masterson, with the Better Business Bureau said, "A lot of consumers are buying products from the websites and either not getting their actual purchase or getting parts that are subpar and of poor quality."

When customers try to get a refund, Masterson said the business is either unresponsive or charges a 25% restocking fee.

"People won't even get the product but then be charged a restocking fee," Masterson said.

The BBB said the company operates a number of other websites under different names and with the same m.o. In fact, the consumer watchdog organization said it warned of the same company in 2015, allegedly operating as an affiliate of Engine Shopper LLC. Just last summer, the Wisconsin Attorney General’s Office filed a lawsuit against the company.

"They connect with people all across the country or the world that are looking for auto parts and why they picked West Michigan to set up a supposed location I'm not sure. But it'll probably help them gain credibility or attempt to," Masterson said.

Masterson said, "If people are able to look at these reviews it may save them money, time, and hassle."

However, the attorney representing the online retailer business said the complaints are miniscule compared to the amount of business they do.