Trailer order unfulfilled after a year, man fights for refund 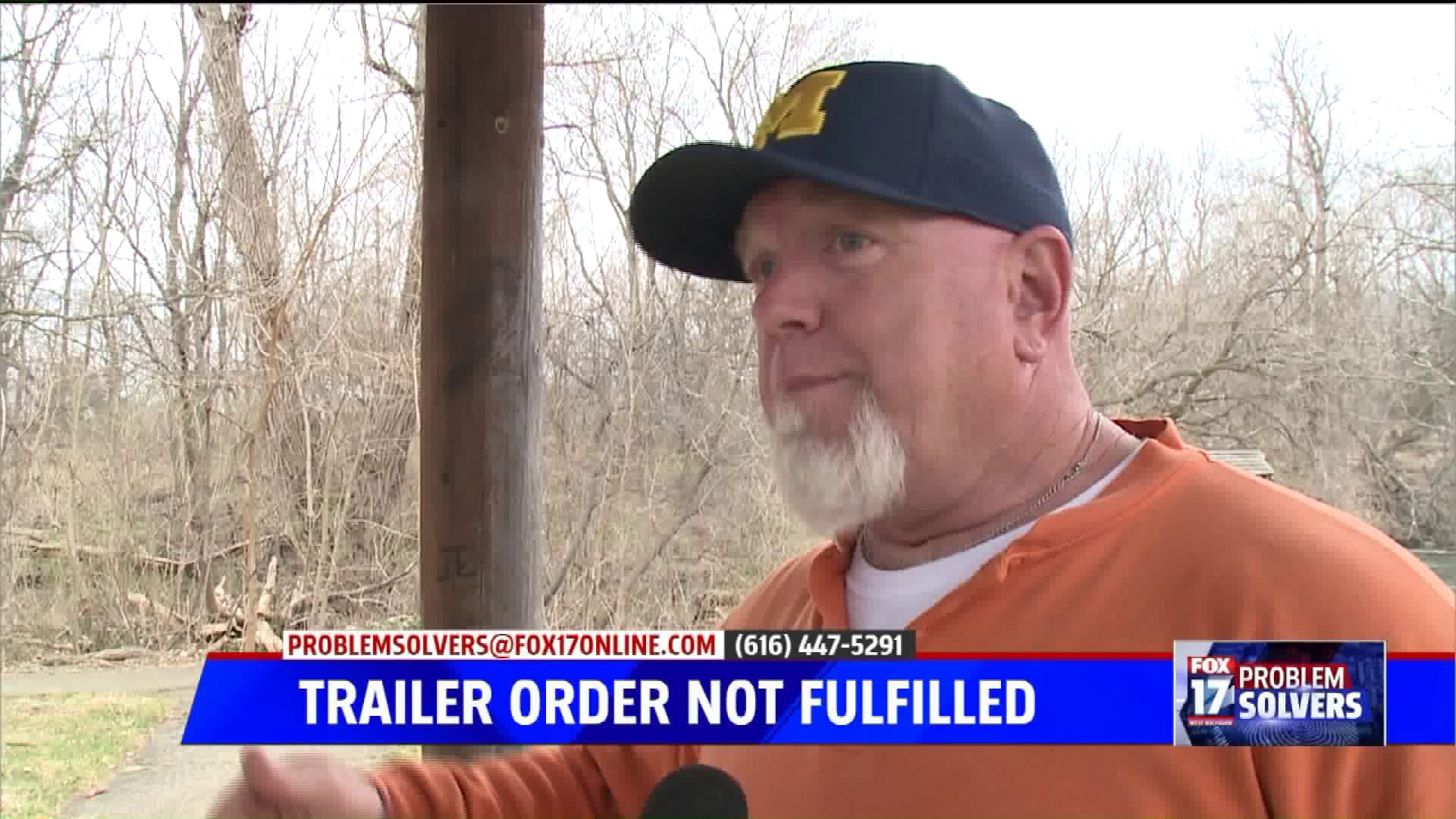 VAN BUREN COUNTY, Mich. -- Pro Trailers LLC. in Hartford is accused of taking some customers for a ride.

Jeff Mack said he paid owner Darrel Stanford $3,600 in April 2017 but never received a trailer nor a refund. It's been over a year.

“I did give him a chance for him to get it done. He always had some kind of an excuse, but now I found out that when I went to court the first time there was three of us," Mack recalled.

Stanford told FOX 17, “He called and said he wasn’t picking the trailer up. He wanted a refund.”

Stanford claims he did build a trailer for Mack, but the picture he showed FOX 17 wasn’t a dump trailer. It also wasn't red. Still, Stanford said because Mack didn’t pick up the trailer he wasn’t entitled to a refund.

“Your deposit is non-refundable because it’s a custom trailer and nobody else has ordered it but you," Stanford said.

At the same time, Stanford said he sold the trailer to someone else. So that must mean he got paid twice. So where is Mack’s money? Mack took Stanford to small claims court in the fall and won.

Mack isn’t the only unhappy customer. Brandon Hoffman, who did manage to get his car trailer, said he also thought about suing.

Hoffman said, “Within 30 seconds, I realized that both of the main welds for this I-beam right here that holds the tongue of the trailer to the, basically frame, completely broke.”

The Hudsonville man said the first time he loaded a vehicle on his trailer welds broke, and when he tried driving the trailer home unloaded he heard a loud noise.

“Thunk. Sparks were going everywhere, and there was people behind me," Hoffman recalled. "So I just slammed on the brakes and came to a complete halt on the side [of I-96] and realized that all the welds had broken.”

But in a text message, Hoffman said Stanford told him the weight capacity is 8,400 pounds. Hoffman had someone else repair it.

“All he needs to do is contact me at my phone number, and we’ll arrange to send him a check for the repairs he had done there as long as it’s a reasonable rate that we would have charged him in the shop," Stanford said.

So Stanford claims he'll compensate Hoffman, but what about Mack’s money?

Stanford said, “We don’t have any bank loans. We don’t have any big credit cards. We can’t just go grab $3,500 and throw it just like that. That’s why we’re waiting now to send him some of his money, and we plan on paying the rest of the money.”

Mack said, "It’s no different than me going into a gas station and stealing $3,600. Where would I end up being right now? In jail. He did the same thing to people.”

The same photos that Stanford said were of the trailer he built for Jeff Mack last year, were the same exact photos from one of his February Facebook posts. In the post, Stanford states that he just built the trailer: