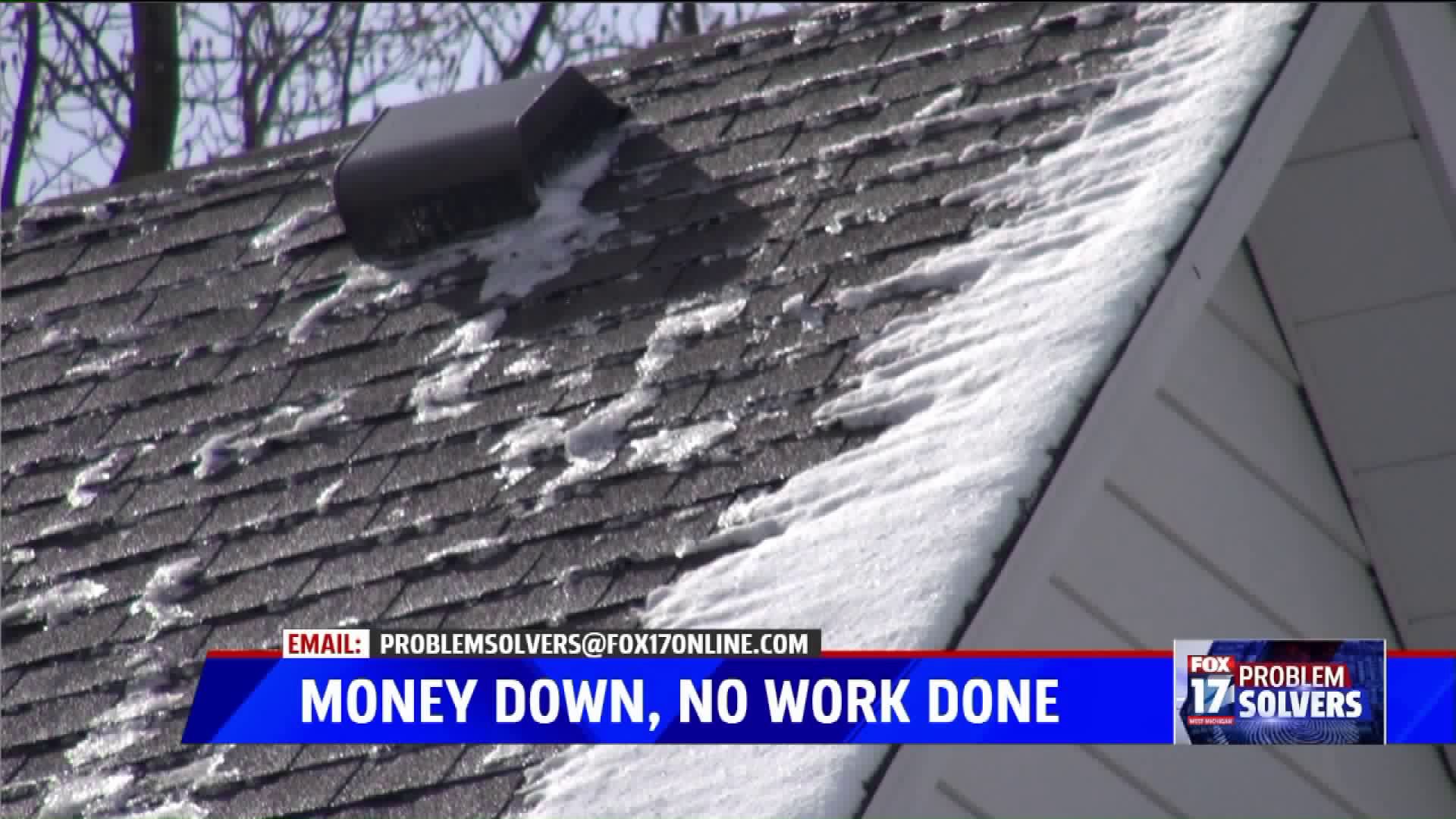 GRAND RAPIDS, Mich. -- Landlord-tenant disputes are a dime a dozen, but a West Michigan property owner is feuding with a local roofer. Property owner Benjamin McClellan said Carlton Williams of "C and W Home Improvements" was hired to bring the roof of one of his rental properties up to city code.

"We had to redo the roof due to the shingles were peeling," McClellan said.

McClellan and his business partner, Billy Perez, said Williams was hired last May and contracted for about $6,000 to do the job. The duo paid $3,150 upfront.

“He said he’d start work in a week or two. Then it didn’t happen. So we gave him a call back. Nothing," McClellan explained.

But McClellan said all he got was excuses from Williams, as well as ignored phone calls. Making matters worse, McClellan was facing mounting outside pressure from housing inspectors.

“The city was fining us because it wasn’t done. We told him he’d have to pay those fines as well," McClellan recalled.

Also at risk of losing their homeowners insurance coverage because of the aging roof, the property owners had to go ahead and hire another company to do the job in August. They, of course, had to shell out even more money.

“And then the whole court process is a nightmare," McClellan said.

The landlords are in the process of suing Williams. In nearly a year since paying him, they said all he did was drop off different colored shingles.

McClellan said, "It's just like scrap from other jobs that he just left here."

Last week, williams told the FOX 17 Problem Solvers he was out of town but agreed to do an on camera interview this week Thursday. When Williams failed to return our follow-up phone call, we went knocking. No one came to the door.

McClellan wants his money back and to help others.

"Just because we don't want other people to get... thinking that they're going to get a good product and have him do this to someone else," McClellan explained.

If Williams doesn't pay up in the meantime, there is a hearing scheduled in small claims court on April 25th. C and W Home Improvements has an 'F' rating with the Better Business Bureau.