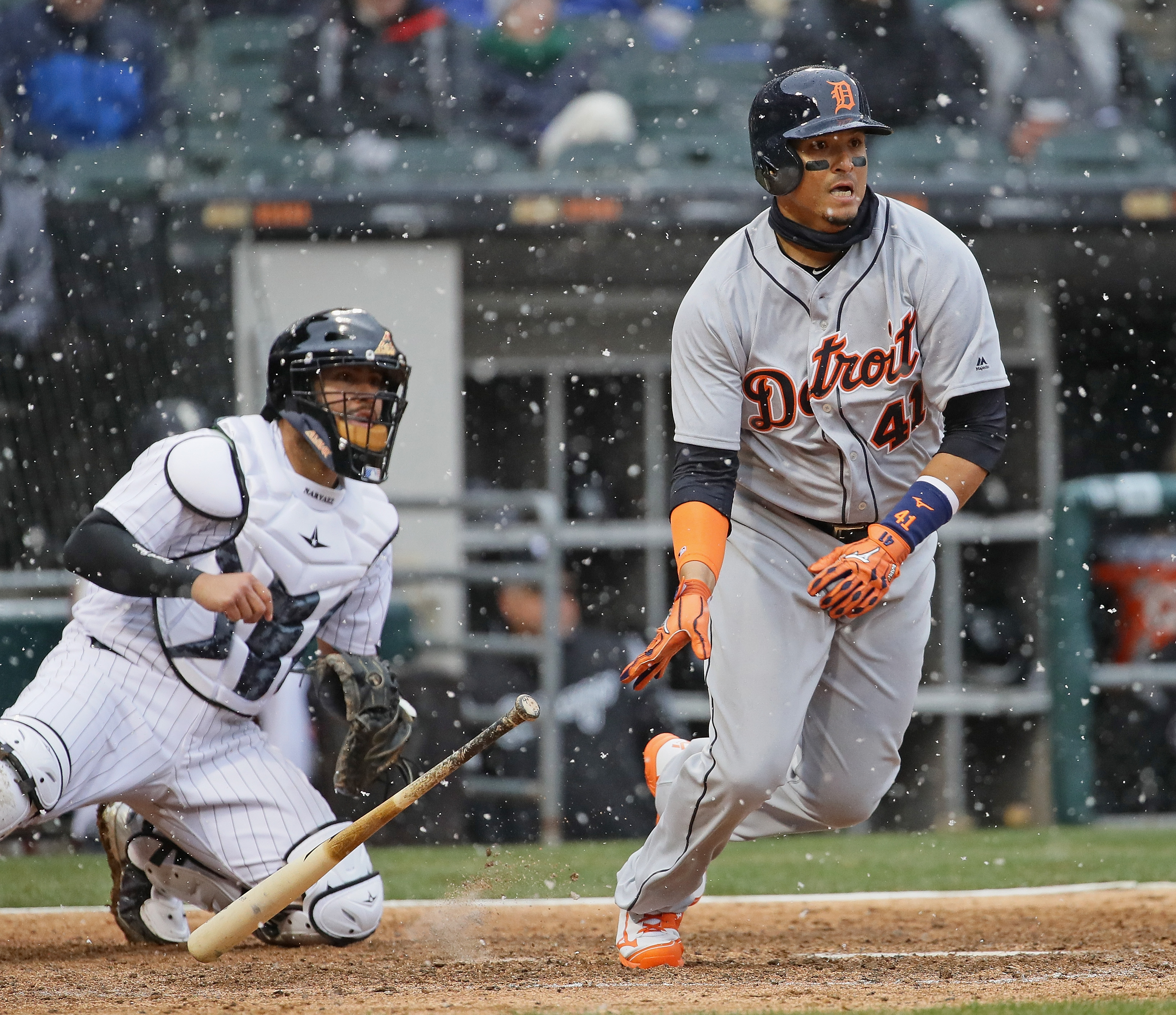 Goodrum’s shot with two outs in the ninth got the comeback going. The White Sox were leading 7-4 when he drove a 3-2 fastball from Joakim Soria out to right-center to cut the lead to one. Nicholas Castellanos singled and Victor Martinez tied it with an RBI double, drawing boos from a sparse crowd.

Mikie Mahtook singled leading off the 10th against Gregory Infante (0-1) and Jose Iglesias walked. One out later, Mahtook scored from third on a roller toward second by Leonys Martin that was hit too slowly to turn a double play, resulting in a forceout. Jeimer Candelario followed with an RBI single to make it 9-7.

Shane Greene escaped a jam in the bottom half to earn his first save. He retired the first two batters before walking Omar Narvaez and hitting Nicky Delmonico, but struck out Yoan Moncada to end the game.

Castellanos and Martinez each had three hits. Goodrum had two after replacing Cabrera at first base in the second inning. The two-time AL MVP fell after his foot hit the bag awkwardly as he rounded first on a single in the first inning.

Joe Jimenez (1-0) got the win with a scoreless inning in relief, and the Tigers came out on top even though Jordan Zimmermann struggled. The right-hander gave up six runs and nine hits in 4 1/3 innings, but the Tigers improved to 2-4.

Tigers: Manager Ron Gardenhire said there is a “possibility” that RHP Mike Fiers (lumbar strain) starts on Sunday. Fiers threw around 80 pitches Monday at the team’s spring training facility in Florida. “Fiers is going to come back in the rotation,” Gardenhire said. “It just depends on what we do with the rest of the pitching staff after that. We’ll make that decision here in the next couple days, whatever.” If Fiers returns in the next few days, LHP Daniel Norris would likely be sent to Triple-A Toledo to get regular work. … The Tigers reinstated RHP Johnny Barbato from the 10-day disabled list and optioned him to Triple A Toledo.

Tigers: RHP Michael Fulmer (0-1, 1.13) hopes for a better result Saturday after taking a tough-luck loss in his first start. He held Pittsburgh to a run on four hits over eight innings in the first game of a doubleheader on Sunday. But the Tigers lost 1-0.