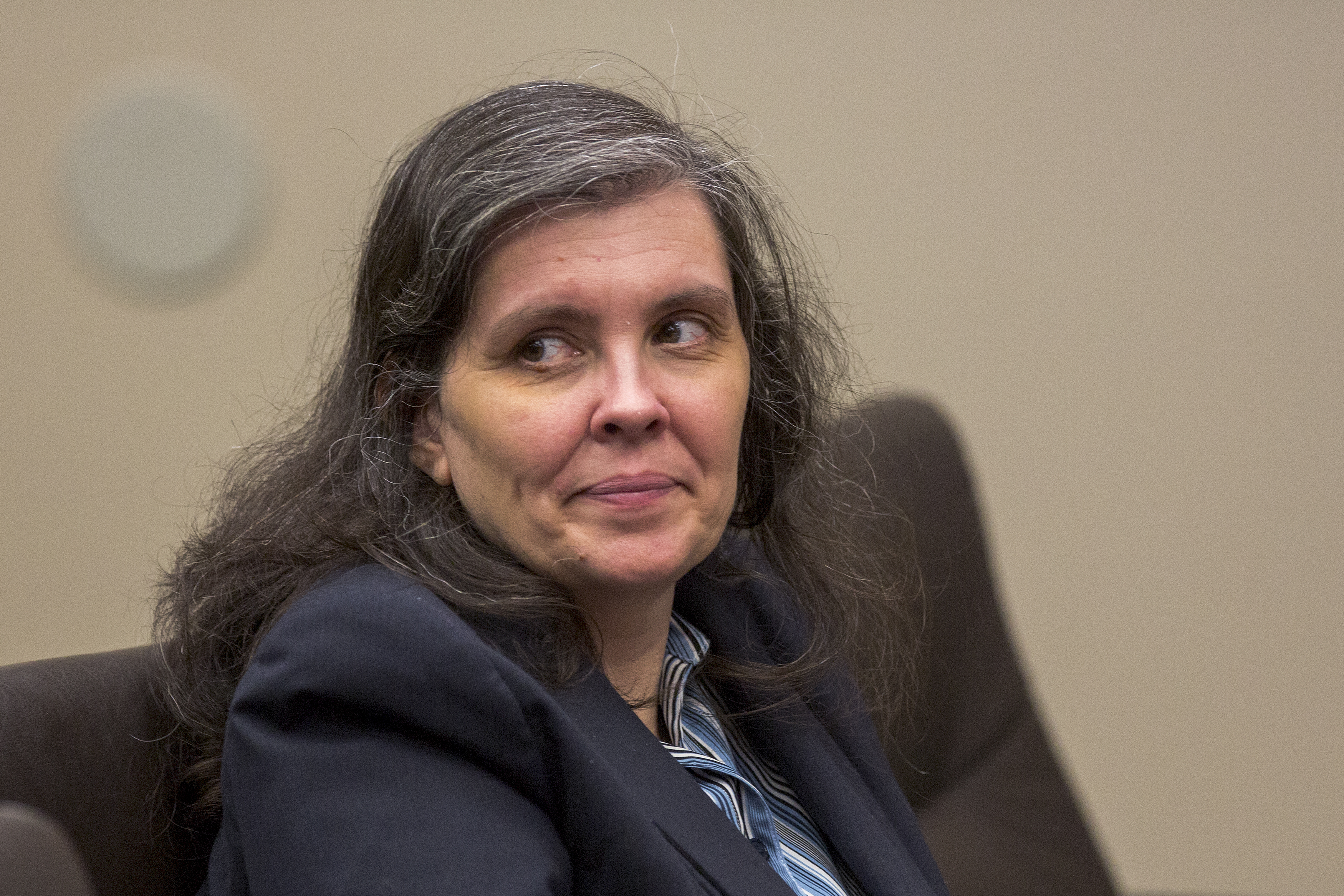 RIVERSIDE, Calif. (AP) — A Southern California couple suspected of starving and shackling some of their 13 children pleaded not guilty Friday to new charges of child abuse.

David and Louise Turpin previously entered not-guilty pleas to torture and a raft of other charges and are being held on $12 million bail.

Louise Turpin also pleaded not guilty to a new count of felony assault.

Louise Turpin, dressed in a blouse and blazer, looked intently at more than a dozen reporters in the courtroom. David Turpin, wearing a blazer, tie and black-rimmed glasses, kept his eyes on the judge during the hearing. Both said little except to agree to a May preliminary hearing.

The couple was arrested last month after their 17-year-old daughter escaped from the family’s home in Perris, California, and called 911. Authorities said the home reeked of human waste and evidence of starvation was obvious, with the oldest sibling weighing only 82 pounds.

The case drew international media attention and shocked neighbors who said they rarely saw the children, who appeared to be skinny, pale and reserved.

Authorities said the abuse was so long-running the children’s growth was stunted. They said the couple shackled the children to furniture as punishment and had them live a nocturnal lifestyle.

The children, who range in age from 2 to 29, were hospitalized immediately after their rescue and since then Riverside County authorities, who obtained temporary conservatorship over the adults, have declined to discuss their whereabouts or condition.

Attorneys representing the adult siblings told CBS News, however, that the seven are living at Corona Medical Center, where they have an outdoor area for sports and exercise, and are making decisions on their own for the first time.

“That in itself is a new experience for them, understanding that they do have rights and they do have a voice,” attorney Jack Osborn said.

He said that making daily decisions such as what to read or wear is empowering.

“I just want you to understand just what special individuals they are,” Osborn said. “They all have their own aspirations and their own interests and now they may have an opportunity to address those, which is really exciting.”

The attorneys said the older siblings want to do things such as go to the beach, the mountains and to movies, as well as attend college and have careers.

CBS reported that the adults communicate by Skype with the younger siblings, who are being cared for separately.

Corona Mayor Karen Spiegel, who works closely with the siblings’ nurses, told CBS that the nurses “talk about how warm and loving these kids are, and so appreciative.”