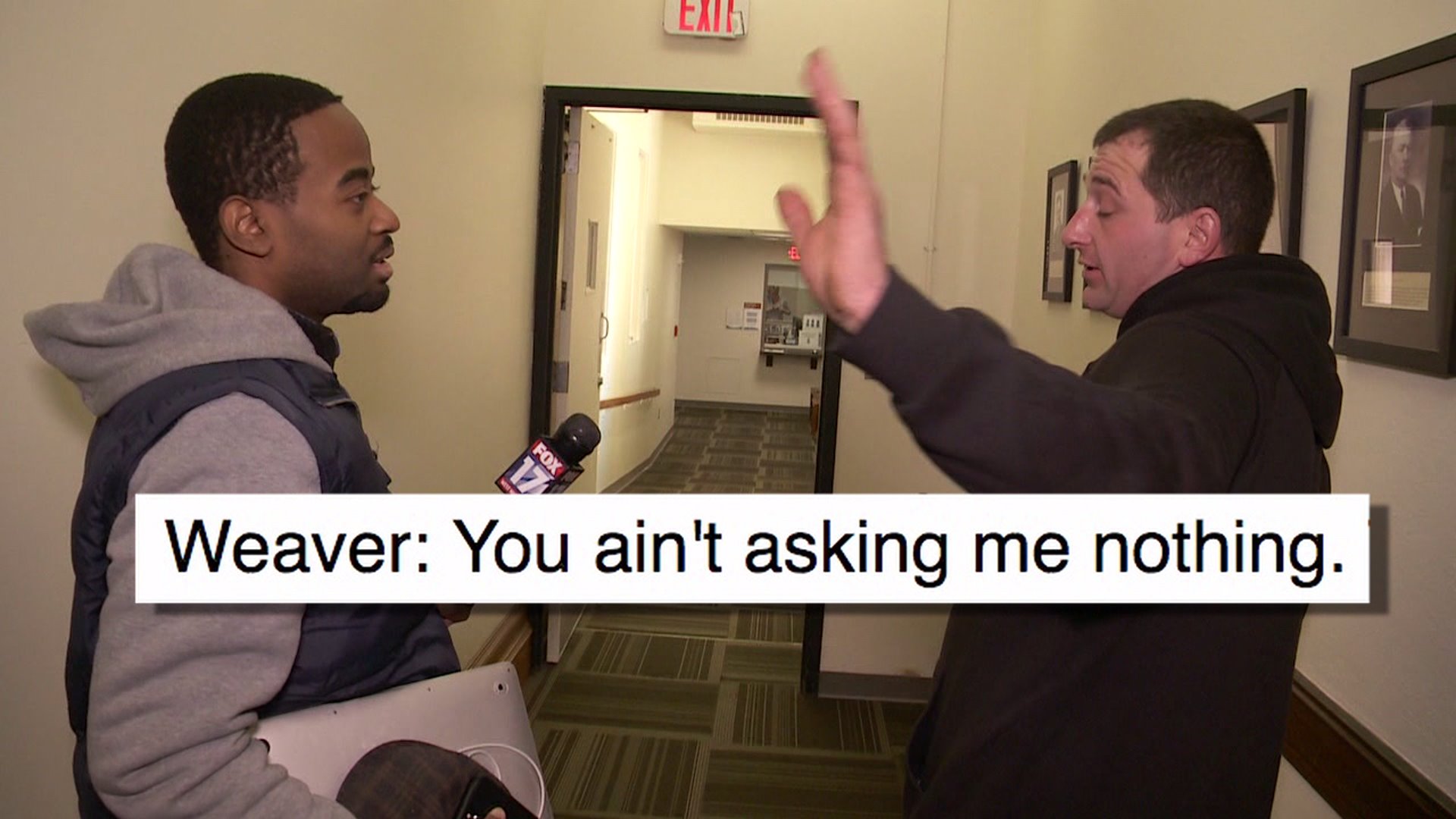 Weaver had a court date on a domestic violence charge in January.

"My attorney's in there. Talk to him," he walked away.

Weaver added, "You ain't asking me nothing. Talk to my attorney."

FOX 17 showed Diana Holub our interaction with Weaver and how he avoided our questioning.

"It's terrible," she said of Weaver's evasiveness.

Last year, Holub said Weaver took her $12,000 but failed to pour concrete and build walls for her and her husband's wedding chapel at their Tying the Knot Wedding and Events business.

"God's helped us, and we've really managed to get it up," she said.

Holub chuckled, "It's gettin' there, and hopefully people will love it and come and beg us to get married here. We would love that."

The wedding venue has come a long way since our original story last summer. It now has indoor and outdoor options for brides-to-be.

Holub and her husband, Frank, said they've put their own blood, sweat, and tears into construction and every detail. They said they ended up paying Weaver's subcontractors directly to do the concrete work after he allegedly bailed with the original payment.

FOX 17 discovered Weaver is no stranger to trouble and has numerous convictions over the years, from working as a contractor without a builder's license, drugs, check fraud, impersonating a police officer and driving without a license multiple times.

During our interaction, we reminded Weaver about Tony Reetz. He's a veteran who told us Weaver disappeared after taking a $1,500 downpayment. It's another of many cases we've come across.

FOX 17 stated to Weaver, "There are a number of people who say you have taken money and didn't do the work. I think they deserve an answer."

The exchange with Weaver happened outside the courtroom where Weaver, once again, found himself in front of a judge on charges of domestic violence and interfering with an electronic device. FOX 17 learned a meth possession charge was dropped as part of a plea deal.

Judge Kathleen Brickley asked Weaver, "Are you pleading guilty because you are in fact guilty?"

He replied, "Yes, your honor."

Holub said, "It seems like our laws right now are completely backwards. They should be protecting the innocent people."

Holub said focusing on the wedding chapel has helped her move on from Weaver.

Weaver is due back in court next week for his domestic violence sentencing.​ FOX 17 has reported civil court judgements involving Weaver amount to about $44,000 in Michigan and northern Indiana. Whether he settled those debts is another issue.