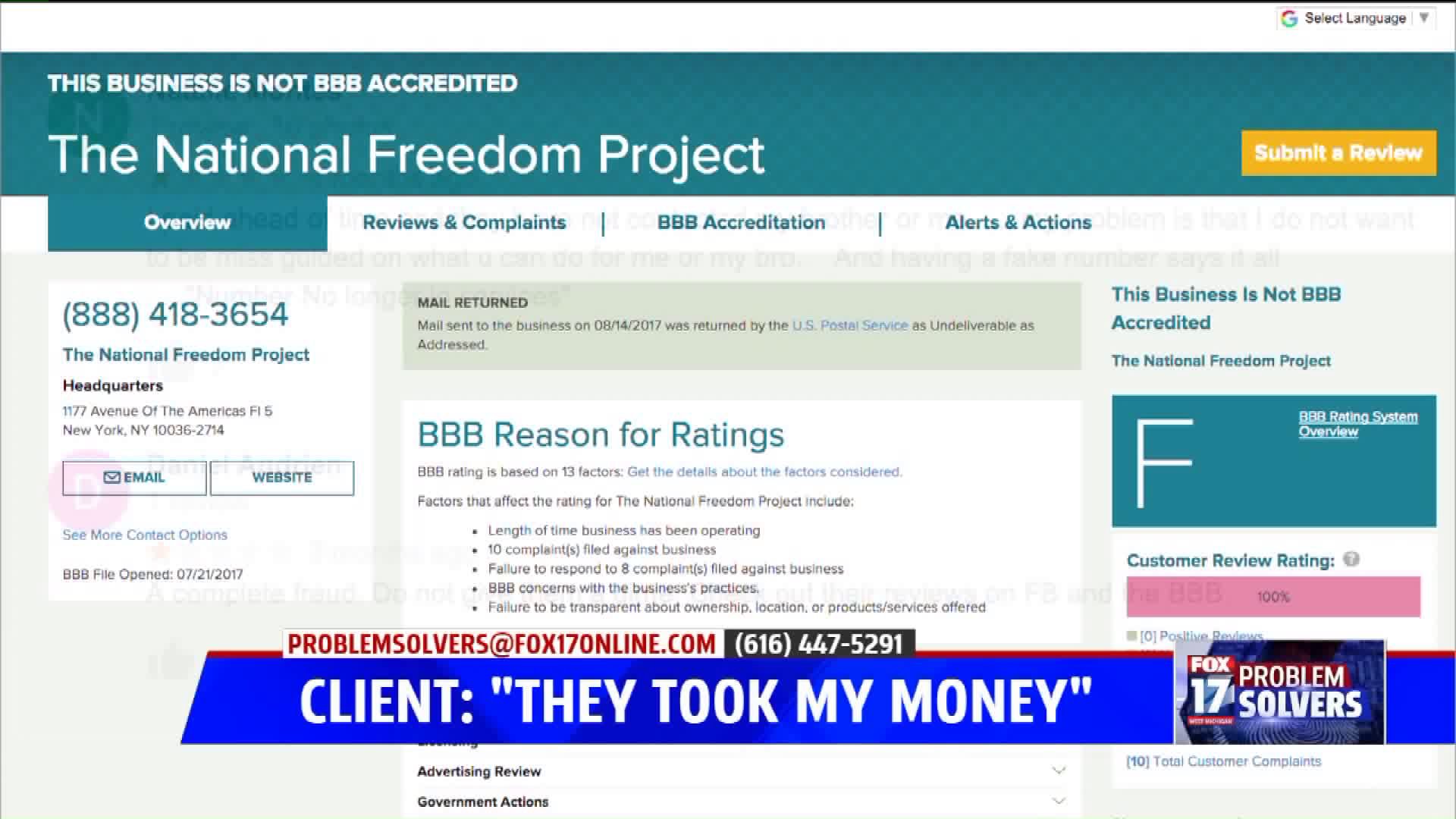 GRAND RAPIDS, Mich. -- Michael James finds himself in a dilemma that we discovered other people across the country have also faced with The National Freedom Project.

Last summer, James said he needed an attorney after crossing paths with Grand Rapids police. He said he paid $1,500 to The National Freedom Project, an apparent referral service, to make that happen.

"They told me when I get ready to go to court let 'em know. They'll meet me there. I went the first time. No one ever showed," James recalled.

He said, "The communication stopped [on] June 24th when they took my money."

After each of four court dates, James said an attorney never showed and The National Freedom Project never returned his calls.

When he finally managed to get through to a person on the phone to request a refund, he said they told him "good luck getting my money back."

So James reached out to the FOX 17 Problem Solvers, and we discovered he's not alone. Numerous complaints online are very similar. Potential clients said they also paid anywhere from $1,500 to $4,500, but they never received service.

"The National Freedom Project", according to its website and Facebook page, is located in a New York City office building. But when we called the building, the 5th floor receptionist said there's no tenant by that name, never has been and that the landlord's legal team had already been notified about the office address' alleged misuse.

When FOX 17 called The National Freedom Project, we were told we'd receive a call back from a manager. That call never came. So we called again weeks later. A woman identifying herself as 'Anna Stone' said due to attorney-client privilege she couldn't discuss Michael James.

The National Freedom Project has an 'F' rating with the Better Business Bureau, and the BBB found mail to the New York address is 'undeliverable'.

James said, "Now that I've experienced this, I would never call 'em again. I would never deal with them again, and I'd never go online and just Google something."

If you find yourself in this situation, you can also contact law enforcement at 855-TELL-FBI.