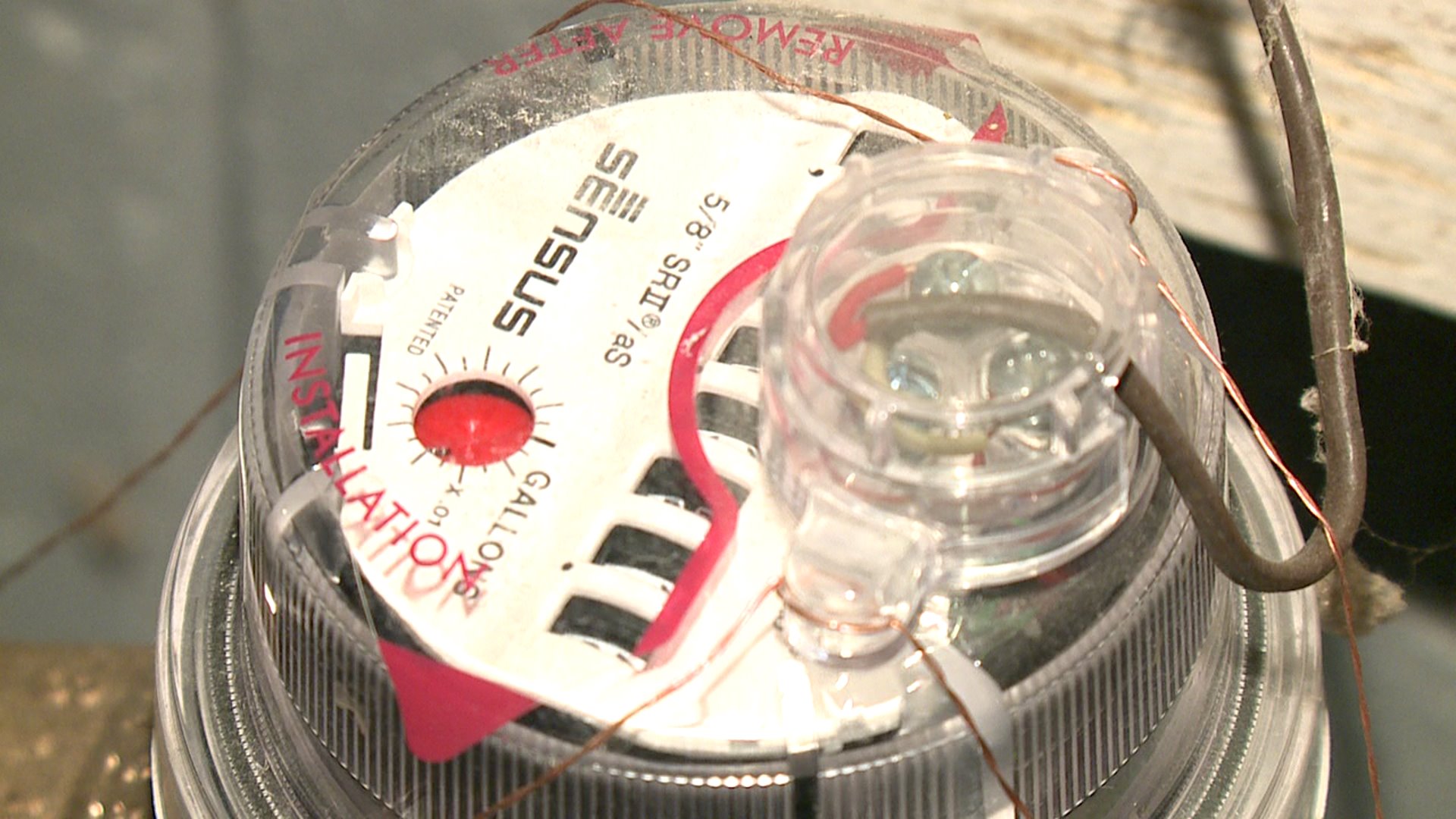 The Norton Shores Public Works Department said 72,000 gallons of water flowed through her property in August, September and October of 2017. The family being told to pay more than $600.

But the Fiedler's previous bills over the past four years show an average use of up to 20,000 gallons, and the bills are in the $200 range.

She displayed a usage chart that starts in July 2013 and goes through October 2017. The chart shows a spike in October 2017, which is the billing cycle in question. When Fiedler called the city, she said the water department came out twice to inspect for leaks and found none.

"They are just like, 'Well, we don't know. It was in your meter so you're paying for it,'" Fiedler recalled.

The Fiedlers said they told the water department they had a drippy faucet for about a week and fixed it. Now the water department says that must be the cause of the increased usage, but the family isn’t convinced that small amount of water is responsible for the spike.

The city's public works director, Jerry Bartoszek, told FOX 17 the meter reading simply means something on the Fielder's property led to increased water usage. He said the chance of equipment failure on the city's part is unlikely.

"My husband has said, 'Well, what about when you were digging our yard (in the summer)? Would that have anything to do with it?' And they said if they nicked our pipe outside that would come through our meter," Fiedler recalled.

Fiedler said she added up the number of gallons on her bills dating back to July 2013 and compared that number to her meter reading in the basement. She said the total usage printed on all of her bills is about 98,000 gallons higher than what her meter reads.

She said, "I just feel like there's something wrong with this situation."

Fiedler and her husband said they're dissatisfied with the city's response and hope for an even closer look.

This past Friday was the deadline for the family to begin a payment plan with the city. However, the Fiedlers maintain they didn’t use 72,000 gallons of water. The family told FOX 17 they’ll continue to push this issue until they find out exactly what happened.

Meanwhile, the city told FOX 17 the water usage for the Fielders’ current billing cycle is back to normal.