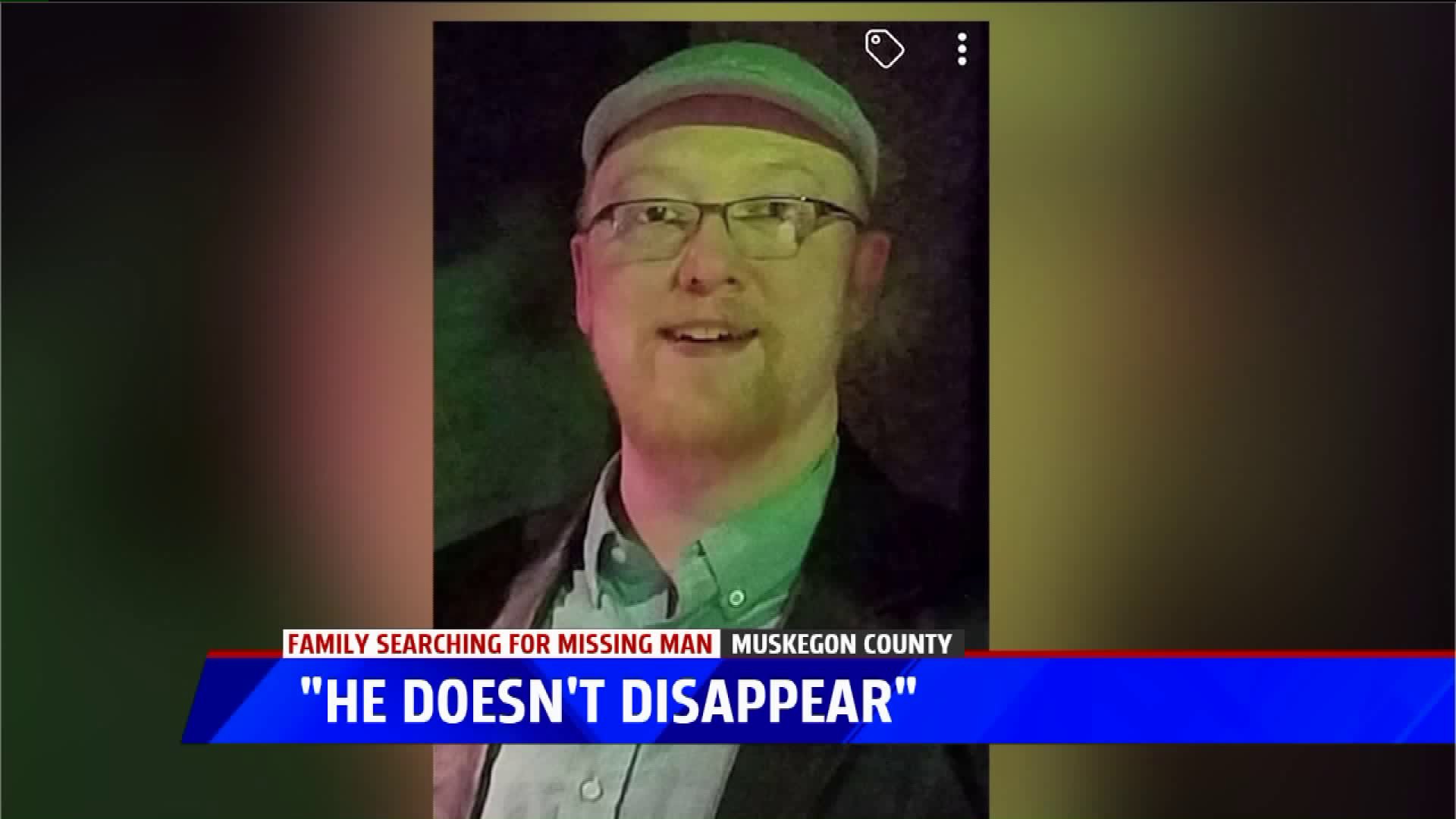 MUSKEGON COUNTY, Mich. -- A number of questions surround Justin Holt's disappearance. The 35-year-old's brother said he last talked to him Wednesday, just before midnight. Family and friends formed a search party Monday afternoon outside his rural home in the Twin Lakes area.

“We don’t know where he’s gone. All his accounts… nothing’s happened on ‘em. His phone’s been shut off. He is missing,” Patrick Platt, Holt's stepfather told FOX 17.

Holt’s family and friends said it’s not like him to take off and not tell anyone. His only vehicle is still parked on the street. Loved ones said they've previously searched the property but found no clue of his whereabouts.

“One of his close people would know where he’s at," his cousin Damon Ellis said.

His stepfather said, “He doesn’t disappear. He’s always around. You can always get a hold of him. He’s got his own business going on, and he answers the phone within 20 minutes.”

An apparent threat fuels their concerns. On Tuesday, Holt posted on Facebook that his ex-wife's boyfriend threatened to fly to Michigan from Louisiana to kill him, although he didn’t appear to take it too seriously. Family said Holt is in a heated custody battle over their five minor children.

"He laughed it off, but he knew.. he knew this guy does drugs and stuff," Patrick Platt said.

Before Monday's search could even start, we spotted a red substance on the street. It was possibly droplets of blood, and it was once covered by fresh snow.

The Platts called police who they say already looked around the perimeter of the home. A Muskegon County deputy, a detective and a Michigan state trooper showed up to take a look. As this investigation takes off, Holt's loved ones hope he will be found safe.

Platt said, "Justin’s a big boy. He can take care of himself. Something happened.”

We’ll keep you updated on this case.