2 crashes, one after the other, in downtown Grand Rapids 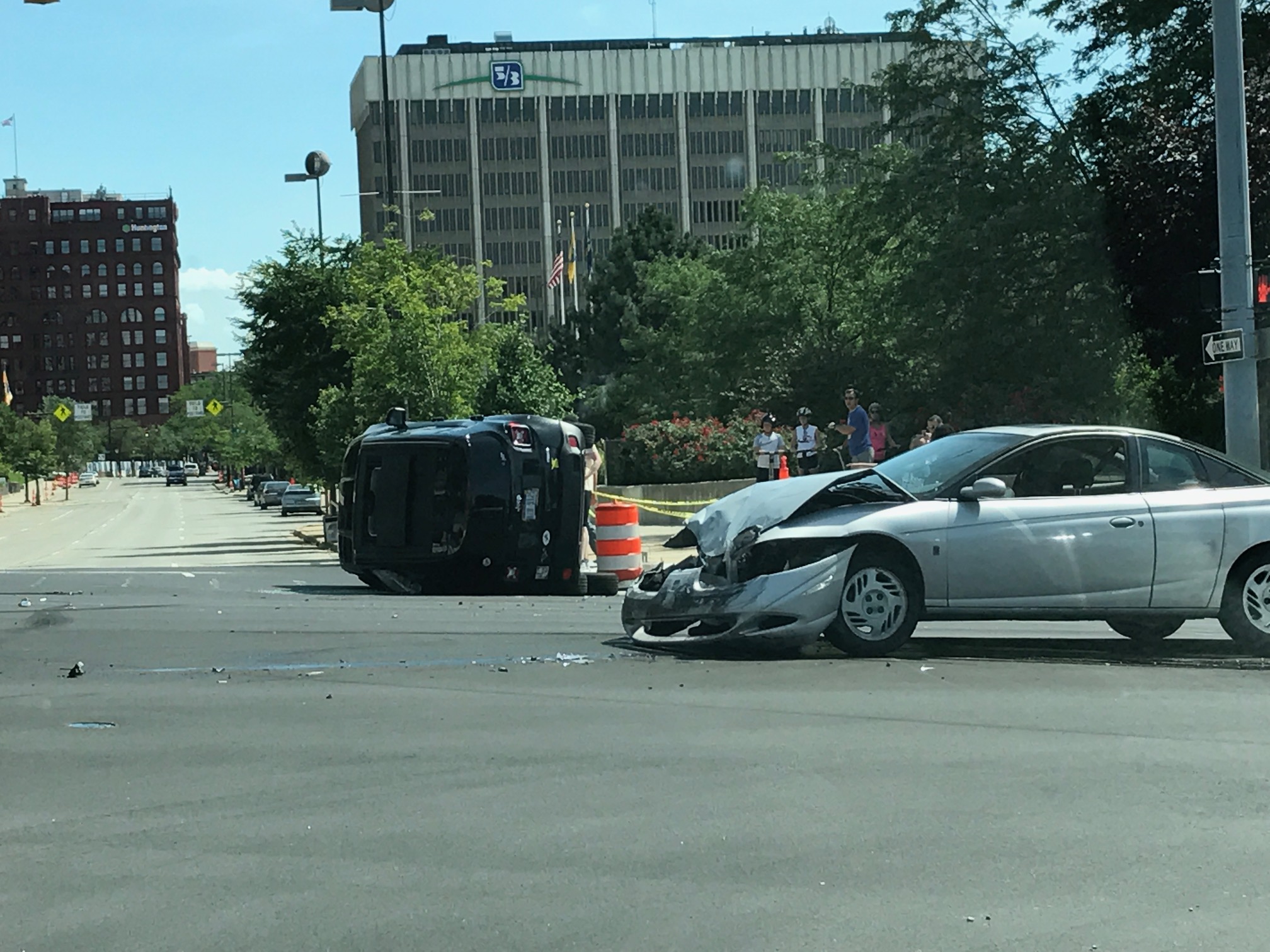 GRAND RAPIDS, Mich. — Two accidents, one of them involving a rollover, occurred in rapid succession at the same intersection in downtown Grand Rapids on Sunday afternoon.

The first happened at 3:54 p.m. Sunday at the intersection of Michigan Street NW and Ottawa Avenue NW. Two vehicles were involved and one of them ended up on its side in the street.

While the Grand Rapids Police Department was tending to that crash, a second accident occurred involving two vehicles whose drivers were looking at the first crash.

Police said nobody was hurt in either of the accidents.