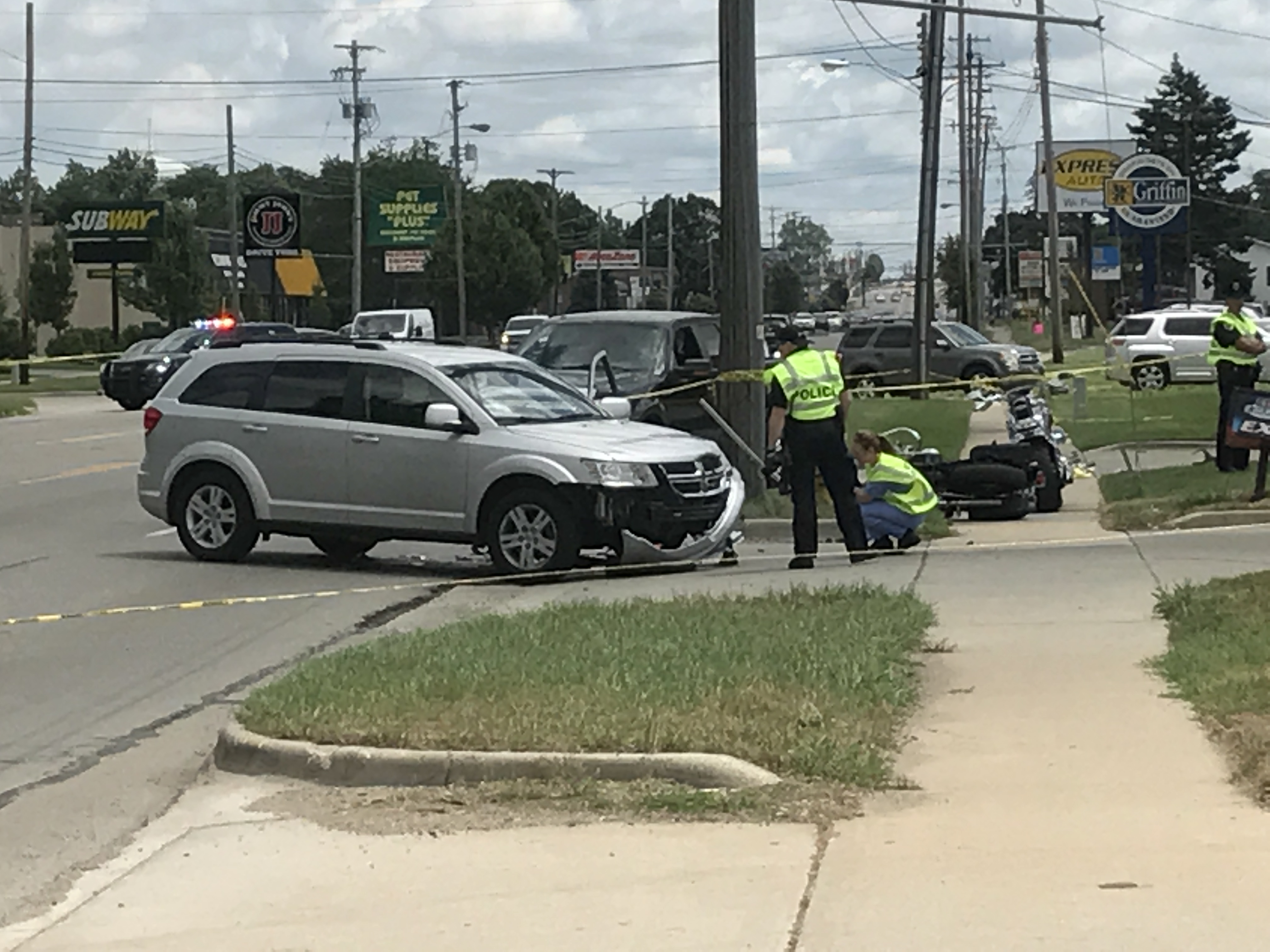 WYOMING, Mich. — A Wyoming woman died when a car turned in front of her motorcycle and the two collided on 28th Street shortly after noon Saturday.

At 12:05 p.m. Saturday, the Wyoming Department of Public Safety responded to an accident in the 2100 block of 28th Street SW. Officers and investigators on the scene determined that a driver in a silver Dodge Journey was traveling westbound on 28th Street when she turned left in front of an eastbound motorcyclist and the two collided.

The motorcyclist, a 47-year-old woman from Wyoming, was pronounced dead at the scene.

The driver of the SUV, a woman from Grand Rapids, was transported to a local hospital for treatment of minor injuries.

Reports from witnesses at the scene indicate that speed did not appear to be a factor. However, the crash remains under investigation.

The identity of the victim is being withheld pending notification of family members.

Twenty-eighth Street was closed in both directions and traffic was being rerouted for two hours while the scene was cleaned up and the investigation was conducted.

The incident remains under investigation by the Wyoming Police Department.