HASTINGS, Mich. — A veteran police sergeant with the Hastings Police Department is suing the police chief and the city, saying he was the subject of racial discrimination.

Brown claims after he revealed the test results, Hastings Police Chief Jeff Pratt called him “Kunta”, a character in the novel “Roots: The Saga of an American Family by American author Alex Haley.”  The lawsuit also alleges some police department employees started whispering “Black Lives Matter” while pumping their fists as they walked past Brown. 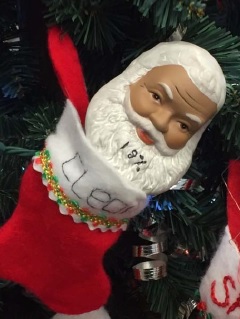 In January 2017, a complaint of discrimination was filed with the Equal Employment Opportunity Commission.  The lawsuit also details a series of events following the January 2017 complaint filing which Brown says has prevented him from adequately performing his job.

Brown is a combat veteran, serving in the U.S. Army during the Gulf War.  He was stationed in Korea, the lawsuit says.  The lawsuit also says due to injuries suffered in combat, Sgt. Brown is 30% combat disabled.  He was awarded an honorable discharge following seven years of service in the Army, National Guard and Army Reserves, according to the lawsuit.

A statement on behalf of the city was forwarded to FOX17 Wednesday morning: Hastings city statement