WEST MICHIGAN — The U.S. Marshals Western Michigan Fugitive Task Force is asking for your help in locating three fugitives with ties to the Grand Rapids and Muskegon Heights areas.

James Earl Culp III, 28, has multiple outstanding warrants for his arrest including accusations of aggravated assault, assault on a police officer and fraud.  The first of these warrants was issued in December 2016.  His criminal record includes prior offenses of burglary, assault and narcotics.

Culp III is 6’2″, 190 pounds with brown eyes and black hair.  He also has visible tattoos on his neck.  His last known address is in the 2300 block of Howden Street in Muskegon Heights.

James Anthony White, 31, has avoided arrest since January 2017, accused of delivery and manufacturing of cocaine.  White is 5’7″, 150 pounds with brown eyes and black hair.

White’s last known address was in the 800 block of Temple Street SE in Grand Rapids.  His criminal record includes prior offenses for assault, burglary, robbery and narcotics. 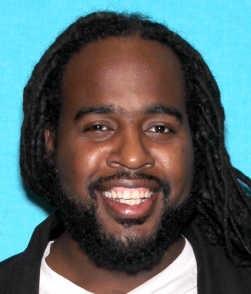 Ted Roosevelt Johnson, 35, is also wanted out of the Grand Rapids area for violating his parole and armed robbery.  He’s avoided arrest since February 2017.

Johnson is 6’0″, 220 pounds with brown eyes and black hair.  Federal authorities say he also goes by the names David Johnson, Jermaine Love and Jermaine Church.  He has visible tattoos on his arms and wrists.

Johnson’s last known address was in the 900 block of Alexander Street SE in Grand Rapids.  His criminal history details prior arrests for weapons, escaping custody, resisting arrest and robbery.

Anyone with information on the whereabouts of Culp III, White or Johnson is being asked to call the U.S. Marshals Task Force tip line at 1-877-926-8332.