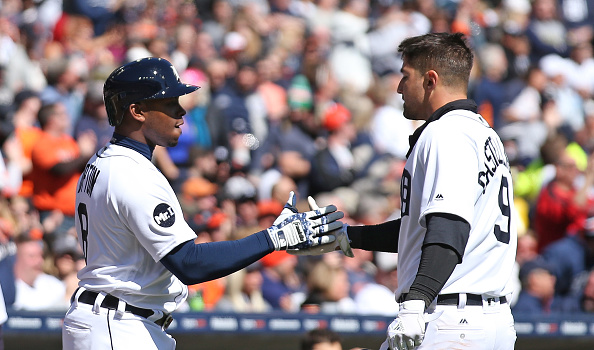 The Tigers blew a 4-0 lead in the top of the eighth, when Pablo Sandoval gave the Red Sox the lead with a three-run homer off Francisco Rodriguez. But what the Detroit bullpen had squandered, the Boston relievers quickly gave back.

The Red Sox put runners on second and third in the ninth against Rodriguez (1-0), but Chris Young popped out to end it.